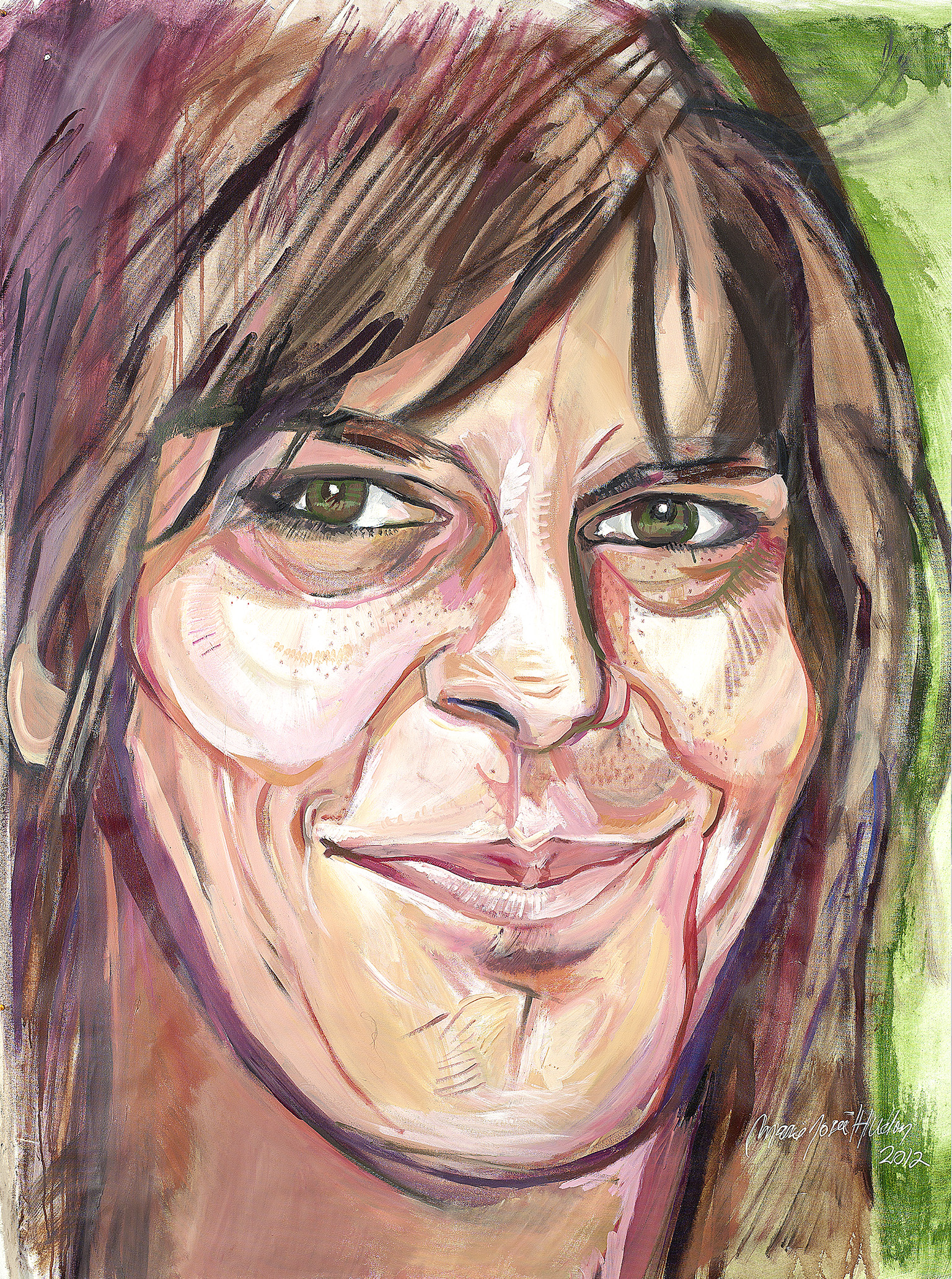 Ève Cournoyer, author, composer, interpreter and sound technician (born 15 May 1969 in QC; died 12 August 2012 in Montréal, QC). She is known as a pop-rock and country songstress who wrote compelling pieces with powerful lyrics.

Born in 1969 in small-town Québec, Ève Cournoyer began taking music lessons with her aunt at the age of five. In her teens, she worked briefly as a model but quickly decided against pursuing a career in this line of work. After buying her first guitar while on a trip to Europe, she moved to Montréal, where she began her training in sound production and recording. She worked as an assistant to Claude Champagne (sound technician and owner of a studio in Terrebonne) and developed a taste for recording, arrangement and singing (see Recorded Sound Production).

She later gravitated towards feminist thought and gave birth to a daughter whom she raised on her own. She began writing to entertain herself while her child took naps or attended school. She turned these writings into songs, which she first recorded at her home. She later began a collaboration with Marc Gendron (an experienced musician who once played in the popular band Bundock), and began performing live shows around Montréal. In 1999, she participated in the Francopholies de Montréal and released a demo album called Stéréotype 1 with the assistance of DJ Mad Max. Her first album, Sabot-de-Vénus, was released in October 2002 and was praised by critics and listeners alike.

In 2004, Cournoyer recorded the soundtrack for the film Le bonheur c’est une chanson triste directed by François Deslisle. She enjoyed her first foray in cinema and in 2007 composed the song “Toi”by the same director. Still pursuing her musical career, she released a second album in 2005 named L’écho. She then toured Québec, occasionally performing as opening act for Richard Desjardins’ Kanasuta during his tours in 2004 and again in 2008.

Ève Cournoyer also took part in several collaborations. In 2007, she participated in the recording of the album Le Zoo, a tribute to filmmaker Jean-Claude Lauzon who died tragically in 1997. On 10 February 2009 she released the album Rêver logique, which she recorded with the Collectif d’artistes pour un Québec sans pauvreté (Artist collective for a poverty-free Québec).

In May 2010, her album Tempête, co-produced with Simon Dolan and mixed by Jean-Philippe Villemure was a hit and climbed to 2nd place on the Radio-Canada charts. Her songs on this record discuss subjects that are important to her, such as inner turmoil, dreams and travelling. In her song “Sept-Îles,” she seeks to create a dialogue with her listener, using her soothing voice that evokes the landscapes and vast open lands of Québec.

Throughout her short career, Cournoyer wrote and produced four records. As a musician and activist, she referenced issues that were deeply important to her, such as economic, social and political instability in Québec. Environmentalism is also an important theme in her work, as demonstrated by her song “Hanna.”

On 7 August 2012, five days before her death, Cournoyer released her last album, Le labeur d’une fleur. In an interview with the Voir Montréal newspaper, she explained the difficult path that led to the recording of the album and expressed the perseverance required for this achievement. She also mentioned that the record was inspired by one of the most important popular movements of the past years, the Québec student protest of 2012. “Everything we have been through, with the Fleur de Lys at our side; this incredible popular awakening that occurred in our province this spring; these things are incredibly inspiring to me. This is what I mean by the endeavours of the flower.”

Although Cournoyer’s work was often inspired by dark themes, her final album was influenced by positivity, resilience and happiness. She is quoted as saying, “One must often fight to find the positive side of things.” Sadly, she passed away only a few short days after uttering this quote. Her sudden death at the age of 43 saddened music lovers throughout Québec.