Nelson was born 25 November 1943 in Hamilton, Ontario. Her parents were Russian-Jewish immigrants who arrived in Canada in the 1920s and found success with a clothing business. The Rodens embraced their daughter’s passion for mathematics and the sciences at a time when young women were more likely to be steered towards the arts and humanities, if they were encouraged to pursue university education at all.

Evelyn graduated from Westdale High School. She enrolled in the University of Toronto’s Mathematics-Physics-Chemistry honours program. The program was considered to be intellectually rigorous and challenging — the best of its kind in Canada. In 1963, Nelson transferred to McMaster University in Hamilton, entering its honours mathematics program. She was the top student in all but two courses (in which she came in second), making the Dean’s Honour List for both of her undergraduate terms at McMaster. She was permitted to take graduate-level courses in her final undergraduate year and was considered the department’s star pupil. Evelyn completed her Bachelor of Science in 1965, graduating at the top of the class.

She continued her graduate studies in McMaster’s Mathematics department. In 1967, studying under algebraist Günter Bruns, it took her eight months to finish her master’s thesis. Her research focused on the application possibilities for universal algebra and was considered to be original work, which was notable since master’s theses are commonly syntheses of other scholars. In another rare feat, her thesis was published in the Canadian Journal of Mathematics that same year, making it her first publication. Evelyn’s doctoral work on algebraic structures known as semigroups was completed in 1970. Her dissertation was also published in the Canadian Journal of Mathematics in 1971.

The first years after completing her doctorate were challenging for her. Despite being a brilliant up-and-coming mathematician in a growing department, she had difficulty securing a full-time professorship at McMaster. With no vacancies in the Mathematics department, she spent nearly eight years teaching and doing research, first as a postdoctoral fellow, then as a research associate. In 1978, Nelson was given a faculty position at the rank of associate professor and in 1983 became a full professor. She became a highly respected instructor in the Math department, a demanding yet inspiring presence in the lecture hall.

Nelson was a dynamic member of the Math department and the university community and served on McMaster’s Senate. As chair of the university’s Orientation Steering Committee in 1981, Nelson worked to transition orientation activities away from humiliating hazing initiation rituals, particularly in on-campus residences, to more inclusive and academic-leaning programs.

Teaching and administrative work did not impact Nelson’s research, which continued apace. She was a noted scholar with a wide variety of interests centring on universal algebra and finite versus infinite algebraic structures. In the late 1970s, Nelson began examining applications of universal algebra in the relatively new field of theoretical computer science. She argued that the algebraic problems that were emerging in theoretical computer science required the work of algebraists such as herself. Nelson’s findings were published in several computer science journals and led to research collaborations with computer scientists. This influenced her appointment as chair of the Math department’s Computer Science Unit. From 1982 to 1984, Nelson was chair of the fledgling unit, guiding its evolution to becoming an independent department separate from Mathematics, which it did in 1985.

Nelson was also a prolific author. In her 20-year career, she published over 40 research papers, either as sole author or in joint authorships with colleagues from all over the world. She published in areas such as universal algebra, algebraic logic and theoretical computer science.

Soon after transferring to McMaster University in 1963, Nelson married fellow student Mort Nelson. She gave birth to the first of two daughters several months before completing her doctoral dissertation in 1970. She taught a large first-year course late into her second pregnancy. Nelson’s marriage dissolved in the mid-1970s. As a single mother, Nelson often brought her daughters to class, where they played quietly or listened to their mother’s lectures.

Nelson was diagnosed with cancer in the early 1980s. She concealed the extent of her illness from most of her colleagues and friends, carefully balancing work commitments with her treatment. She declined the opportunity to chair McMaster’s newly formed Computer Science Department due to her deteriorating health. During May and June 1987, Nelson spent several weeks in Prague, Czechoslovakia (now Czech Republic), conducting research with European colleagues before returning to Hamilton. She died two months later, on 1 August, from surgical complications. It was a shock to many at McMaster and in the field of mathematics as a whole. Nelson had multiple projects in various stages of completion at the time of her passing.

To commemorate Nelson’s impact on mathematics as a discipline and her involvement in the McMaster community, the university established the Evelyn Nelson Lecture Series in 1991. The annual series hosts Canadian and international scholars whose research involves subjects focused on the foundations of mathematics.

In 1995, Nelson’s contribution to mathematics was further celebrated by the inauguration of the Krieger-Nelson Prize. Created by the Canadian Mathematical Society, the honour is named for Nelson and fellow Canadian mathematics trailblazer Cecilia Krieger. It is presented to female mathematicians involved in groundbreaking research. The Krieger-Nelson Prize recipient also presents a lecture to the society’s annual general meeting. The prize itself is distinctive: an Inuit soapstone sculpture is awarded to each year’s distinguished Krieger-Nelson scholar. 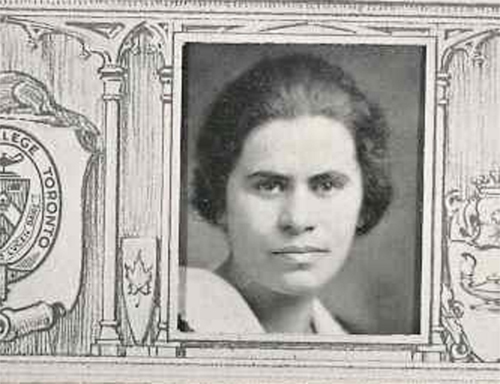