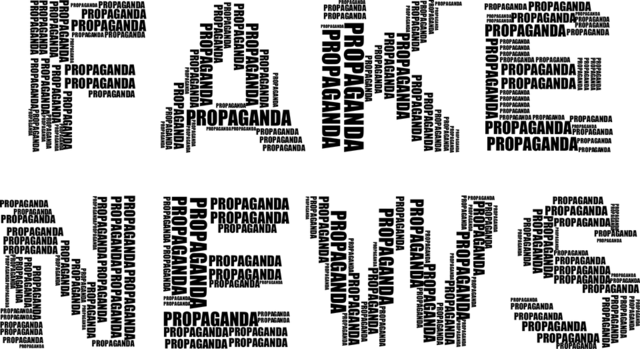 Fake news and disinformation campaigns have existed throughout human history. In ancient Rome, for example, Julius Caesar’s adopted son Octavian turned public opinion against his political rival, Mark Antony, by circulating a will purported to be Antony’s that committed many grievous sins in the eyes of the Roman people. In the 8th century, the Catholic Church produced a document allegedly from the 4th century in which Emperor Constantine transferred land and political control to Pope Sylvester I. The Church used this document for hundreds of years to justify its jurisdiction over various regions and peoples. It wasn’t until the 15th century that the document was revealed to be fake.

The speed with which fake news can be spread changed dramatically with the invention of Gutenberg’s printing press in the mid-15th century. Before the printing press, it cost much more money and time to create books or pamphlets and share them with people. The printing press made it cheaper and easier to spread news, both real and fake. US President John Adams complained about this at the end of the 18th century, writing, “There has been more new error propagated by the press in the last ten years than in an [sic] hundred years before 1798.”

Another name for fake news is dezinformatsiya, or disinformation. Disinformation means false information that is meant to mislead people. It often refers to official propaganda issued by a government. Joseph Stalin, the leader of the Soviet Union, invented the word dezinformatsiya in the 1920s. He deliberately gave it a French-sounding name so that people would think it was originally a Western tactic. Thus, an early use of disinformation came in the very coining of the term.

The Soviet Union had been an ally to the Western powers against Nazi Germany during the Second World War. After winning the war, the two sides became enemies (see Canada and the Cold War). But the Western Allies also used disinformation during the war. Starting in May 1941, for example, Nazi troops could tune in to nightly radio rants from a Nazi known as the Chief. Claiming to be in the Third Reich, the Chief blasted Adolf Hitler and other German leaders for failing the National Socialist cause. He also accused top Nazis of sexual perversity, corruption and callous disregard of German suffering. But the Chief was actually working for the British and broadcasting his mix of lies and truth out of Britain.

The term “fake news” describes a range of false information that can be separated into three distinct types: disinformation, misinformation and mal-information.

Disinformation refers to false reports that are intended to mislead people. For example, during the French presidential election in 2017, a bogus version of a Belgian newspaper ran a made-up article claiming Saudi Arabia was financing candidate Emmanuel Macron’s campaign.

Misinformation is reporting that proves to be false but was not intended to be. For example, after the 2013 Boston Marathon terrorist attack, many American news outlets wrongly reported an arrest had either been made or was “imminent” when the killers were in fact still at large. Similarly, in the immediate aftermath of the Parliament Hill shooting on 22 October 2014, reports of a second attack at the Rideau Centre mall turned out to be false.

With mal-information, the information and reporting are true but are presented in a way that is designed to harm specific people or groups. For example, the release of hacked emails from the Democratic National Committee during the 2016 US presidential election, as well as Emmanuel Macron’s emails on the eve of the 2017 French presidential election, was orchestrated with the intent of casting both campaigns in a negative light. 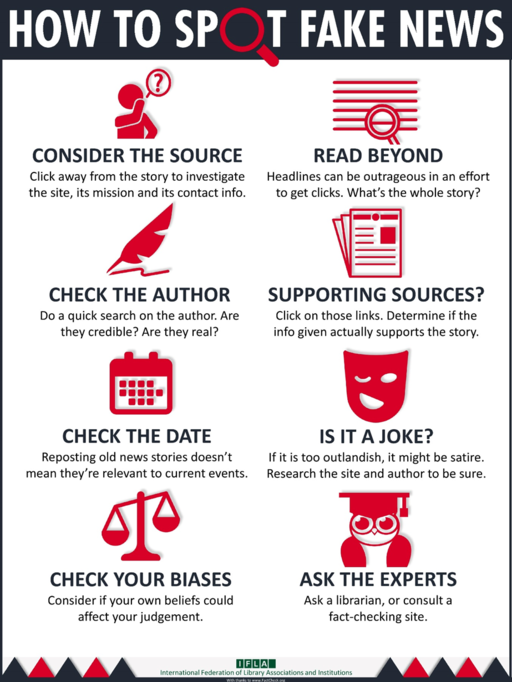 Fact-checking and Defending Against Fake News

The growth of the Internet and social media has made publishing and sharing news very cheap and easy to do. Social media makes reaching millions of people as easy as clicking the share button. Articles shared online may all look similar, whether they come from legitimate sources or are completely made up. Understanding why people create and share fake news is an important step in not falling for a hoax.

Fact-checking is the best way to tell if a news story or other claim is true. Websites ending in .edu are for registered universities or colleges, while official Government of Canada websites include the following suffixes: .gc.ca; .gc/en; .gc/fr; .ourcommons.ca; .canada.ca; .parl.ca. Official websites for universities, museums or scientific institutes are typically trustworthy, as are websites for federal, provincial or municipal governments. Reputable online sources such as The Canadian Encyclopedia, Oxford dictionaries or Encyclopedia Britannica can also generally be trusted.

If the site is full of odd claims or clickbait stories about celebrities, it should probably not be trusted. Political, business or cultural sites that clearly support one position are also suspect. Open websites such as Wikipedia, which anyone can edit, should contain sources or links that can be checked. Similarly, videos on a site like YouTube should include sources in the video or the comments section.