Flatfish are so-called because they are, indeed, flat. Their other distinguishing feature is the presence of both eyes on the same side of their head. Flatfishes are also characterized by having a dorsal fin that extends onto the back part of their skull. Otherwise, there is an incredible variation in size and shape among flatfishes. For example, some tropical species measure less than 5 cm long, while the Atlantic halibut reaches lengths of up to 2 m and weighs in excess of 300 kg. Some flatfishes, such as those in the family Bothidae, have elaborate and ornate elongations of the fins on the sides of their body, known as pectoral fins. By comparison, flatfish in the family Cynoglossidae lack pectoral fins entirely. The fishes in the mostly North American family Pleuronectidae have mouths that are large and toothed, while other flatfishes, such as soles in European waters, have very small and highly specialized jaws.

Flatfishes are found globally in saltwater, freshwater, and brackish environments. In saltwater, flatfish live along continental shelves, including those off Canada’s Pacific and Atlantic coasts. In freshwater, they are found in lakes and rivers. In Canada, however, there are no species of flatfish that live solely in freshwater, though many can tolerate it. Occasionally, those species who can tolerate both types of water swim upstream from the coasts. The family Pleuronectidae are the predominant family found in the cold temperate seas of the northern hemisphere. They are the best represented flatfish family in Canada. The Pleuronectidae include many species of high commercial importance in Canada, such as the Atlantic Halibut (Hippoglossus hippoglossus), Pacific Halibut (Hippoglossus stenolepis), American Plaice ( Hippoglossoides platessoides) and Winter Flounder (Pseudopleuronectes americanus). One species of flatfish, the European flounder (Platichthys flesus) has been accidentally introduced to lakes Superior and Erie. (See also Invasive Species in Canada: Animals.) 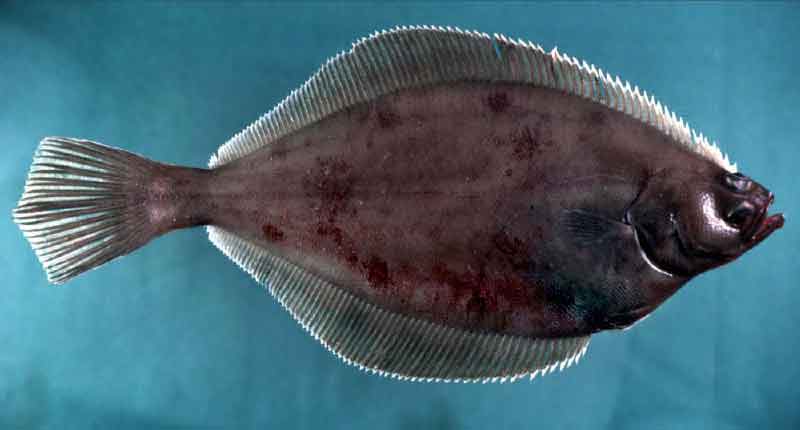 Most flatfish species produce pelagic eggs, which means their eggs float freely in the water instead of sinking to the bottom. Flatfish larvae begin life with eyes on either side of their bodies. After approximately 14 days, however, one eye migrates up and over the top of the head. Either the left or right eye migrates, and many species of flatfish can be categorized by the eye that moves. Some are sinistral (left-eye dominant) and others dextral (right-eye dominant). However, in other species of flatfish, the right eye may migrate on some individuals and the left on others. Regardless of which side of the fish has eyes, the opposite, eyeless, side lays on the sea floor and is termed the “blind side.” It is usually white. After transformation, the adult flatfish then adopts a benthic lifestyle, meaning they will spend the rest of their lives living on the bottom of a body of water. With eyes facing upwards, flatfish are also capable of protruding them using a unique muscle called the recessus orbitalis. This allows the flatfish to remain relatively hidden under the debris on the bottom, while literally “keeping an eye out” for prey. As another adaptation to life on the sea floor, flatfishes lose their swim bladder, an organ that helps keep fishes buoyant, during metamorphosis.

Flatfishes are carnivorous, eating various fishes, crustaceans, molluscs and invertebrates. Scientists believe flatfishes have adapted to have both eyes on one side of their head and to live at the bottom of bodies of water so that they can ambush prey. In addition to being able to hide themselves under sand and small rocks on the sea floor, many species of flatfish have chromatophores. Chromatophores are special cells containing pigments and contracting fibres. These cells aid with camouflage, as they are capable of changing the colour and pattfern of a flatfish’s scales to match its surroundings. 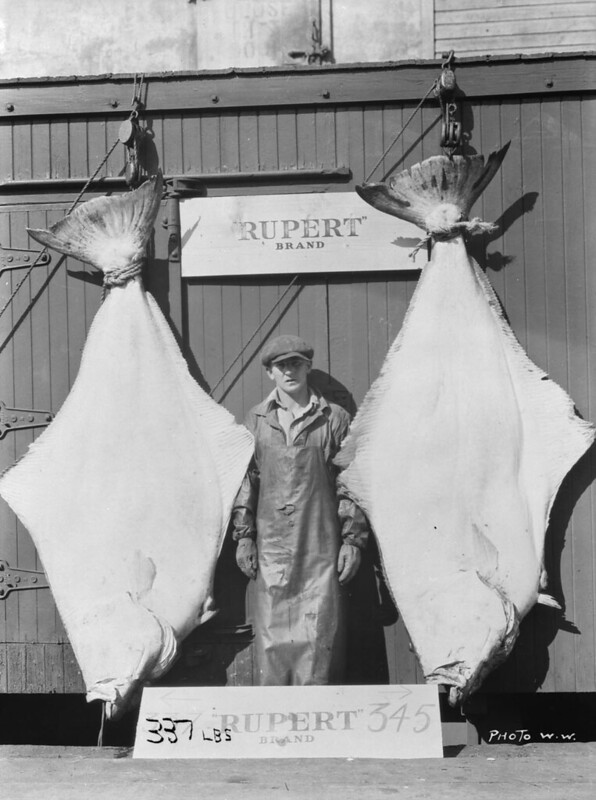 Flatfish catches in Atlantic Canada come from the Grand Banks off the coast of Newfoundland, the Scotian Shelf off the coast of Nova Scotia, and the Gulf of St. Lawrence. North Atlantic flatfish fisheries have been in decline since the late 1980s, with the decline being most severe in the northwest Atlantic. Climate change may further exacerbate these trends. Pacific halibut, the largest flatfish in the world, is a major fishery on Canada’s Pacific coast. This fishery is jointly managed with the United States by the International Pacific Halibut Commission.

North Atlantic regions, including Canada, are the regions where climate change poses the most risk to flatfish populations. Temperature is one of the main drivers of change to the geographic distribution and abundance of marine fishes. As ocean temperatures increase, water is warmer and less oxygenated, with a lower pH. This impacts the growth and reproduction of marine fishes, with expected decreases in average body size of flatfishes. In another response to the projected change in temperatures, North Atlantic and Pacific flatfishes are expected to shift their habitats towards deeper waters at higher latitudes.