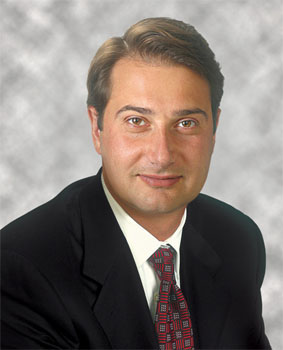 Robert Ghiz was born on 21 January 1974 to Rose Ellen and Joe Ghiz. Robert’s father was a prominent Charlottetown lawyer and Liberal Party organizer who served as Prince Edward Island premier from 1986 to 1993. As a result, Robert grew up immersed in Liberal politics. 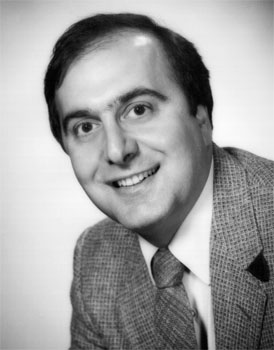 Joseph Ghiz, premier of PEI from 1986 to 1993. The son of Lebanese immigrants, Ghiz was the first premier in Canada of non-European extraction (courtesy Office of the Premier of PEI).

Robert attended Colonel Grey High School in Charlottetown, and Bishop’s University in Lennoxville (now ​Sherbrooke), Québec, where he earned a degree in political studies. He worked in federal politics after graduation, serving in the Prime Minister’s Office under Jean Chrétien as an advisor on Atlantic Canadian issues, and working as an aide to Heritage Minister Sheila Copps. He was later hired as manager of government affairs for the Bank of Nova Scotia in Ottawa.

In 2006, Ghiz married Kate Ellis, a physician. They have three children.

Ghiz returned to Charlottetown in 2002, and in 2003 sought and won the leadership of the provincial ​Liberal Party, following in the footsteps of his late father. “I respect and am tremendously proud of my father’s accomplishments but like him, I am my own man,” Ghiz told supporters, when he announced his intention to seek the leadership of the PEI Liberals. “I am Robert Ghiz. I’m not Joe Ghiz and I’ll be hoping that Islanders will be judging me as Robert Ghiz.”

He took over the party at a low point in its history — the PEI Liberals were deeply in debt and had only one member in the Progressive Conservative (PC)-dominated legislature.

In the 2003 provincial election, the Liberals won only four of 27 seats, including Ghiz’s seat in Charlottetown. As leader of the official Opposition from 2003 to 2007, Ghiz faced off frequently against the popular Premier Pat Binns and his PC cabinet.

In the 2007 election, Ghiz focused his message on change, in contrast to Binns who campaigned on past successes and his government’s record. Ultimately, Islanders chose change, ending 11 years of PC rule. On 28 May 2007, Ghiz — aged only 33 — was elected premier, his Liberals winning 23 of 27 seats. His victory marked the second time in PEI's history that a father and son had both been premier, after Thane Campbell (premier from 1936-1943) and his son Alexander Campbell (1966-1978).

Ghiz served more than 12 years as premier, winning re-election with a second large majority in 2011. He came to power vowing to make education a priority for his government. During his tenure PEI introduced a full-day, public early childhood education program, and bursaries for Islanders attending university and college. However, he also governed during a recession, which prompted his government to close some schools as a budget-cutting measure.

Province House in Charlottetown, is seat of the Prince Edward Island legislature.

The Ghiz government introduced the Harmonized Sales Tax (HST) on PEI. And Ghiz was a vocal opponent of efforts by some East coast senators to promote discussions about a union of the three Maritime provinces. The Ghiz government was also dogged by corruption allegations against certain senior officials who administered a program aimed at recruiting wealthy immigrants and their investor dollars to PEI. No charges were laid in the matter, following an RCMP investigation.

In November 2014, Ghiz — then Canada’s longest-serving premier — unexpectedly announced his resignation, saying he wanted to spend more time with his family and young children. “You see more politicians stay longer than they probably should,” he said. “Sometimes you just need to say for the sake of the province and the party and yourself, you’re better off moving on.”

Ghiz did not rule out a return to politics, although he foiled the predictions of some observers who expected him to run for office with the Justin Trudeau Liberals in the 2015 federal election.

After leaving electoral politics, Ghiz worked as an independent business consultant and public speaker. In 2016 he joined the international law firm Gowling WLG as a senior business advisor. He was also named a director on the boards of Medavie, a private health care provider, the conservation group Ducks Unlimited Canada, and he served on the advisory council of the Prince’s Charities Canada.