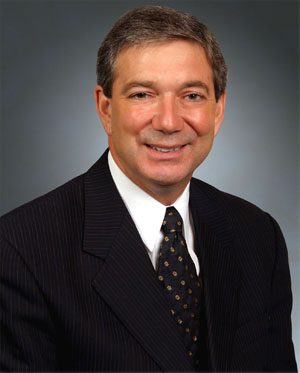 Pat Binns was born on 8 October 1948 in Weyburn, Saskatchewan, one of two children of parents Stanley and Phyllis Binns. After finishing his schooling in Saskatchewan, he attended the University of Alberta, earning a Bachelor of Arts (economics and political science) in 1969 and a Master of Arts (community development) in 1971.

Binns worked briefly as a development officer in the Lesser Slave Lake region of northern Alberta. In 1972, he moved to Prince Edward Island to take a job with the Rural Development Council of PEI. From 1974-1978, he worked directly for the provincial government, co-ordinating the creation of regional service centres, which were aimed at delivering government services to rural communities. In 1978 he was awarded the Queen’s Silver Jubilee Medal for outstanding public service.

Binns met his wife, Carol, in PEI. They have four children — Rob, Mark, Bradley and Lilly.

Although he wasn’t from PEI, Binns fit in well among rural Islanders, earning respect as a quiet, unassuming community builder, committed to the success and development of small towns and villages on the eastern side of the Island. He entered provincial politics in 1978, winning a seat for the Progressive Conservatives (PC) in the Island legislature for 4th Kings district. From 1979-1984 he held various cabinet portfolios including municipal affairs, labour, environment, industry, and fisheries — under premiers John Angus MacLean and James​ Lee.

Binns entered federal politics in 1984, and was elected the member of Parliament for Cardigan as part of Brian Mulroney’s landslide PC victory that year. Over the next four years in Ottawa, Binns served as parliamentary secretary to the minister of fisheries and oceans.

Defeated as MP in 1988, Binns left electoral politics and devoted himself to projects in the private sector. With his family, he took up bean farming in Hopefield, PEI, and also became president of Island Bean Ltd, a company specializing in the processing and marketing of edible beans, peas and other products. He also founded Pat Binns & Associates, providing project and small business advice in the agriculture, fishery, tourism and manufacturing sectors.

Binns returned to provincial politics in 1996, winning the leadership of the PEI Progressive Conservative Party in a convention on 5 May. In the general election of 18 November, Binns and the PCs ended 10 years of Liberal rule by winning a majority government. Binns himself was elected MLA for District 5 (Murray River-Gaspereaux), one of 18 PC seats in the 27-member legislature. “We were offering change and Islanders have been saying for some time that the direction of the province is not good,” Binns told reporters.

Province House in Charlottetown, home of the PEI legislature.

Binns was strongly committed to the preservation and enhancement of rural Island community life. He resolved to keep all small rural schools in the province open. In addition to building upon the primary industries of agriculture and the fishery, his government supported small business as well as new knowledge-based industries. In rejecting a loan request from the Irving business empire for the expansion of a box plant in Borden-Carleton, the Binns government demonstrated its preference for small-business enterprises.

During his tenure, PEI also embarked on an ambitious environmental sustainability program, with a province-wide household recycling system and wind energy investments across the Island.

In the 2000 provincial election, Binns led the PCs to a near-sweep, winning 26 of 27 seats and reducing the opposition to only a single Liberal seat in the legislature. In 2003 he won a third back-to-back majority, with the PC’s capturing 23 seats.

In 2003, Binns became the chair of Canada’s premiers when he helped establish the Council of the Federation, an inter-provincial body aimed at discussing and promoting provincial and territorial concerns.

Binns sought a fourth majority in 2007, and entered the provincial election campaign that year touting a mantra of continued good governance and job creation. But after 11 years of his premiership, Islanders were ready for a change. On 28 May, the PCs were defeated by the Liberals under ​Robert Ghiz, who won 23 seats to the PC’s four — an exact reversal of the 2003 election results. “Do not despair,” Binns told the PC faithful on election night. “We have made Prince Edward Island a better place. Our contributions will go down in history and our party will soon rise again.”

Although he had retained his seat in the 2007 election, Binns resigned as PC leader and opposition leader on 30 August, upon being named Canada's ambassador to Ireland. The appointment, by a Conservative government in Ottawa, was criticized as a patronage plum. Binns said that his extensive public service, and foreign trade mission experience, would serve him well in the position.

In 2010, Binns was named Canada’s consul general to New England. In 2014, after seven years as a Canadian diplomat, he returned to his farm in Hopefield, PEI and declared that he was “essentially retired.”