Gilles Villeneuve, auto racer (b at Chambly, Qué 18 Jan 1950; d at Zolder, Belgium 8 May 1982). In his brief career Villeneuve was Canada's finest high-speed racer. When Villeneuve was eight, his family moved to Berthierville to be closer to his father's family. Early in his life, Villeneuve showed a passion for cars and a fearless nature. He first showed his penchant for speed by guiding motorized sleds at breakneck speeds, winning the North American championship in 1971, the Québec crown in 1972 and the Canadian title in 1973. Villeneuve used his earnings from snowmobile racing to enter Formula Ford competition, winning the 1973 Québec crown. He progressed to Formula Atlantic (FA) races in 1974 but broke his leg at his debut at Mosport, Ont. Undaunted, he returned in 1975 to score one victory and rank 5th overall in the standings. In 1976 he dominated Canadian and American FA competition, winning 9 of 10 races. Another Canadian championship followed in 1977 as he entered Can-Am class racing. Villeneuve's success brought an offer to join the Ferrari team on the world circuit. His initial grand prix triumph occurred at Montréal and in 1979 he scored further victories at Kyalami, Long Beach, Calif, and Watkins Glen, NY. In 1979 he finished second in the world championship to teammate Jody Scheckter. He won 6 of the 67 races he drove for Ferrari in Formula One. Villeneuve was killed in a high-speed qualifying session for the Belgian Grand Prix following a collision with another car at 250 km/ h. Montréal's Grand Prix circuit has been named for him.

In all, Villeneuve started in 67 Grand Prix races and won 6 of those and appeared on the podium 13 times. Over 20 years after his death in 1982, Villeneuve still attracts the attention of Formula One watchers in Europe who still rate Villeneuve high on the all-time Grand Prix list of best drivers. His Grand Prix driving career was very short compared to many other drivers, but in spite of that he is on a current top-10 drivers' list. Comments range from "brilliant, fast, amazing control" to "seems to have raced for pleasure as well as to win," and according to many fans, "he was fun to watch." His "take control" driving style made him a fierce competitor. However, off the track he was very approachable and often talked informally with fans, photographers and the press. 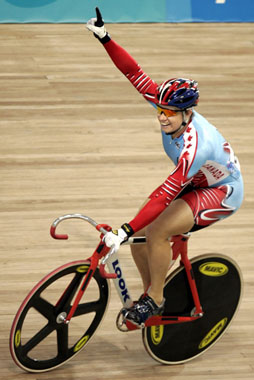