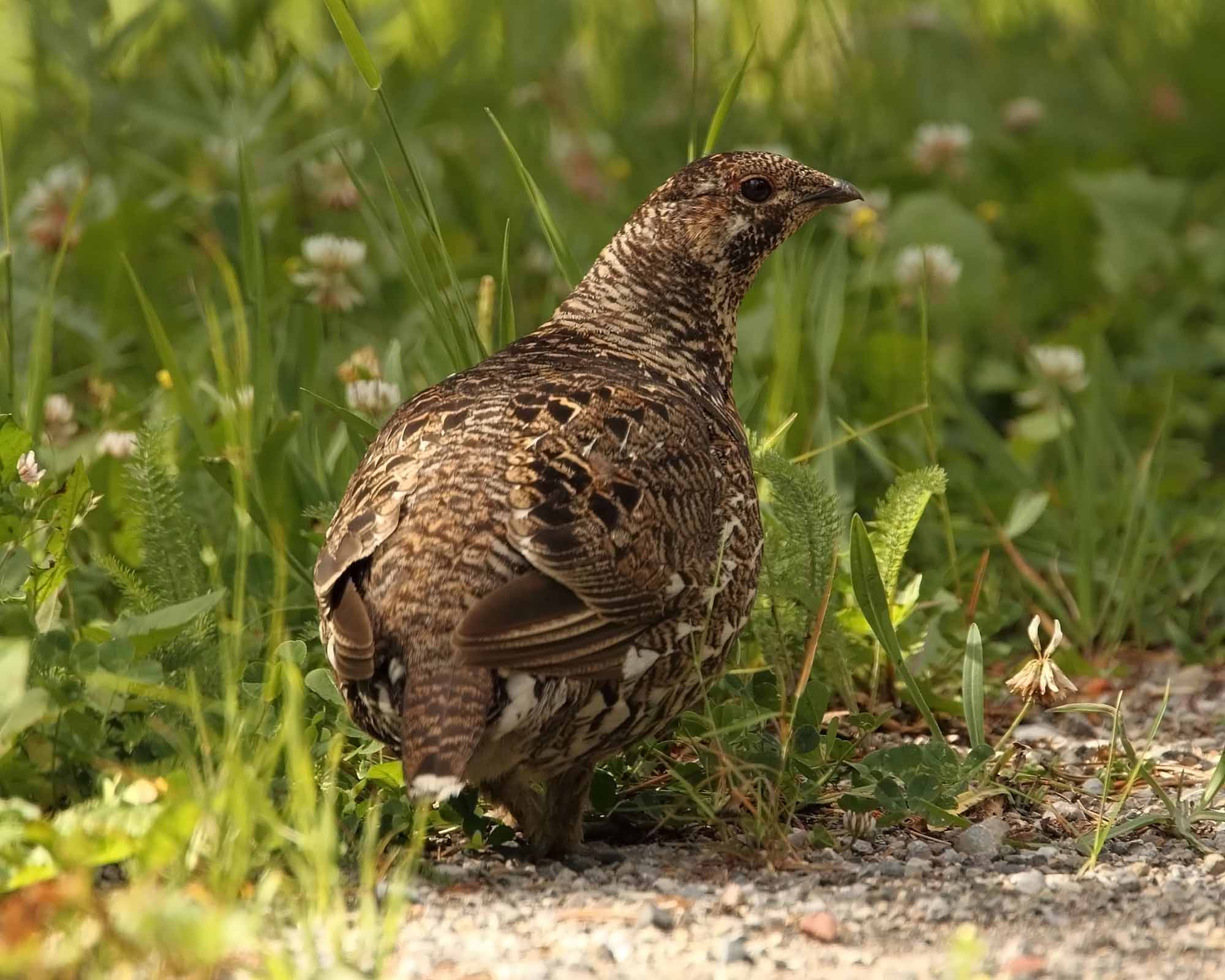 The Grouse (Tetraonidae) is a small subfamily (18 species) of chickenlike birds with circumpolar distribution above latitude 26° north. It includes ptarmigans as well as those birds commonly called grouse. Members of the largest species can weigh up to 6360 g; the smallest, 340 g.

Adult plumages are cryptic patterns of brown, grey and black with paler or white underparts. There are many plumage modifications associated with displays, eg, pointed or curved tail feathers, elongated neck feathers, neck ruffs and pointed primaries. All species have completely or partially feathered legs; when toes are not feathered, they grow 2 rows of narrow scales, like the teeth of a comb, as "snowshoes." Nostrils are covered by feathers.

In breeding season, males give elaborate displays alone or in groups (leks) involving strutting, whirring of wings and sometimes vocal accompaniment. Some have red or yellow erectile combs above the eyes, and colourful neck patches of bare skin which are made prominent by the inflated esophagus.

As a group, grouse are important game birds attracting over 10 million hunters annually. Ruffed grouse are the most sought-after species.