Harriet (née Anderson) Walker, "Hattie," director, actress, drama critic, feminist, educator (b at New York 13 February 1865; d at Winnipeg 24 September 1943). Harriet Anderson was a child actress at the age of 14, then a Broadway musical-comedy star, sharing the stage with such luminaries as Lillian Russell and Marie Dressler. For a time she was a song and comedy-sketch writer for Witmark and Sons, New York publishers. She married Corliss Powers WALKER, probably in the early 1890s, when he was manager of the Fargo (North Dakota) Opera House.

In 1897, when C.P. Walker established his Red River Valley Circuit of theatres with headquarters in Winnipeg, he and Harriet moved there, with Harriet assuming duties as press-agent for the entire chain. From 1898 to 1913, she also wrote (under the byline "The Matinee Girl") a regular column of theatrical criticism and social commentary in Winnipeg's social and entertainment weekly, Town Topics. Her style was sharp and racy, her opinions civilized and well-informed, and her commentary intelligent and biting. She championed such socially progressive playwrights as Ibsen and Tolstoy at a period when male critics in Winnipeg dismissed them as obscene.

Walker was a charter member of the Winnipeg branch of the Canadian Women's Press Club, working energetically on social and feminist issues alongside such journalistic pioneers as Cora HIND, Francis BEYNON and Lillian Beynon, whose writings challenged the male dominance of public affairs reporting. Walker and her fellow members were deeply involved in the campaign for women's suffrage, a campaign which culminated on the WALKER THEATRE stage on 28 February 1914 in a blistering satirical mock parliament arranged by Harriet Walker, Nellie MCCLUNG, the Beynons and others, savagely ridiculing the Roblin government's rationalization of its resistance to granting women the right to vote.

In 1908, Walker directed the Winnipeg Operatic Society in a successful production of The Chimes of Normandy; when remounted for national competition in 1911, it won the Earl Grey Musical Trophy. She was a driving force behind the University of Manitoba Dramatic Society from the society's founding in the 1914 session to the spring of 1921, when she retired from active play direction. At the university she coached, directed, supervised costuming and make-up, conducted training workshops for actors and support workers, and provided rigorous training in taste and basic theatrical skills.

Though Walker and her husband retained American citizenship during their life in Winnipeg, she was unstinting in support of her adopted country, its culture and its causes. In 1917 she founded the American Woman's club, specifically to aid the Canadian war effort. After the war, the club raised the funds to build the Woman's Tribute Memorial building at Deer Lodge veterans hospital, the cornerstone of which Walker laid in 1931. 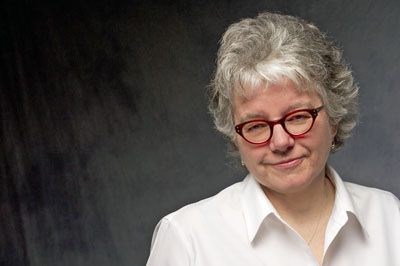