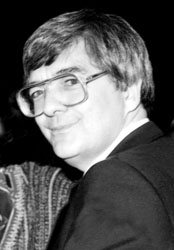 Despite his dominant position in private industry and his commercial success, Héroux's views on the Québec film industry and on national cinema have set him at odds with his colleagues. He silenced criticism in part by producing Gilles CARLE's Les Plouffe (1981) and repeated this success with Le Crime d'Ovide Plouffe (Denys ARCAND, 1983) and Le Matou (Jean BEAUDIN, 1985). In the 1990s Héroux worked in the capacity of editor and as story editor for the series Les Aventures du Grand Nord/Tales of the Wild (1994), a French/Canadian co-production of six English-language telefilms, two of them by Gilles Carle, which are distinguished by being shot on location in the north or of being adapted from the work of James Oliver Curwood.

In Canada and abroad, his name has also been associated with the production of films, including Eddy and the Cruisers II (Jean-Claude Lord, 1989), Black Robe (Bruce Beresford, 1991) and Secret Society (Imogen Kimmel, 2000), and of works for French television, such as the series Counterstrike (1991-93) and La guerre de l'eau (Patrick Chaumeil, Marc F. Voizard, 1998). An accomplished director in his time and a first-rank producer associated with numerous companies throughout his career, he has worked mostly for television in recent years. Héroux has also been a film critic and was a member of the 1982 Applebaum-Hébert FEDERAL CULTURAL POLICY REVIEW COMMITTEE. His achievements were honoured with the Order of Canada in 1984.