Hoodoo rocks are often fantastically shaped, naturally carved rocks or earth pedestals, pillars or columns. The word hoodoo probably derives from voodoo, a West African-based religion in which magical powers can be associated with natural features. Hoodoos conjure up images of strange events. Use of the term appears to be largely restricted to western North America.

Hoodoos may range from a few centimetres to several metres in height. They result from the combined erosional action of wind, rain and running water, which together with a variety of physical and chemical weathering processes sculpt the material into different shapes.

Hoodoos tend to be best developed in horizontally bedded rocks or strata in which relatively soft units are interspaced with more resistant ones; eg, alternating layers of shale and sandstone. Differential weathering and erosion is enhanced, the soft material being removed more rapidly than the hard. Hoodoos are often capped by a resistant layer (cap rock) which protects the lower units. Removal of the cap rock results in rapid destruction of the unprotected base. 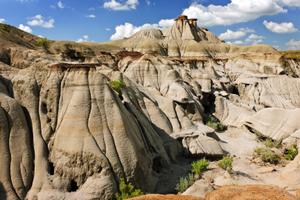 Hoodoos are well developed in the badlands of Alberta near Drumheller, in Dinosaur Provincial Park and in Writing-On-Stone Provincial Park on the Milk River. Excellent examples also occur in glacial-outwash deposits on the Columbia River north of Cranbrook, BC, and in glacial lake sediments in the Okanagan Valley near Penticton, BC. 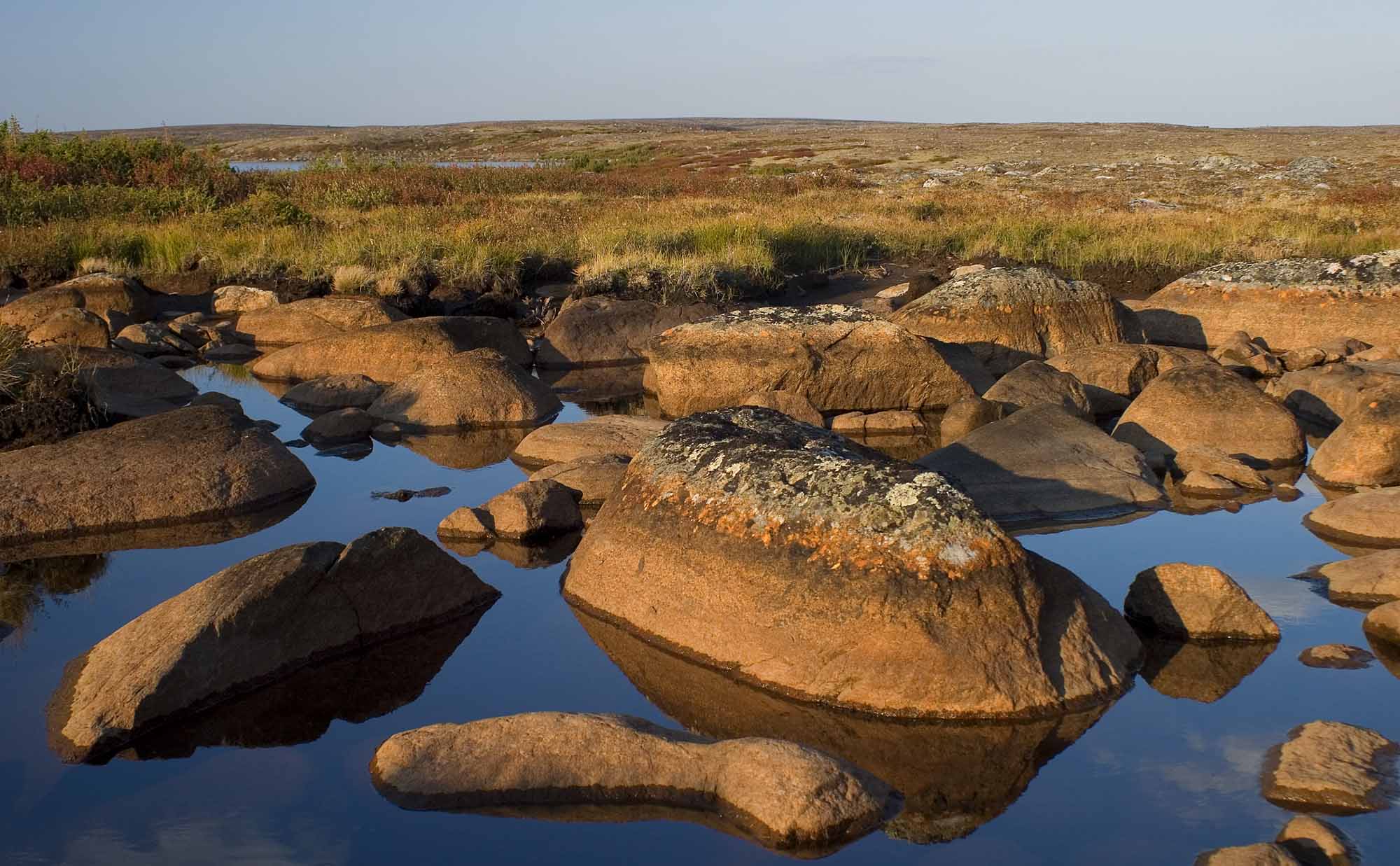