John Hugh MacLennan, novelist, essayist, professor (b at Glace Bay, NS 20 Mar 1907; d at Montréal 7 Nov 1990). Hugh MacLennan is best known as the first major English-speaking writer to attempt a portrayal of Canada's national character. His education consisted of an ever-widening circle of experience that began in Nova Scotia, took him as a Rhodes scholar from Dalhousie to Oxford, from where he travelled on the continent, and culminated in a PhD in classics at Princeton, NJ.

Returning to Canada in the mid-1930s to take a teaching job at Lower Canada College near Montréal, Hugh MacLennan continued work on a novel, begun at Princeton, in which he hoped to convey his personal interpretation of all he had witnessed during his travels abroad. The failure to publish this novel - and an earlier one on a similar theme - induced him to take another tack. The events that preceded WWII sparked him to recall what he had witnessed of the Halifax naval base during WWI. By way of experiment, he wrote Barometer Rising (1941), focusing on the Halifax Explosion he had survived as a 10-year-old. The success of this shift from international to national subject matter (brought to the fore by the favourable criticism of Edmund Wilson) induced him to theorize that writers in Canada must now both set the stage and recite the country's dramas to the world at large. Barometer Rising and his essay collection Cross-Country (1949) ushered in a new phase in Canadian literature.

Though he would now focus directly on aspects of contemporary Canadian life, MacLennan eschewed regionalism. "I have always seen Canada as a part of the history of the world," he maintains. Although Two Solitudes (1945) deals with English-French tensions in Québec, The Precipice (1948) with puritanism in small-town Ontario and Each Man's Son (1951) with the Cape Breton mining community, each novel expands from its specific situation to consider, respectively, the rapid transition instigated by WWI, the contrast between American and Canadian societies, and the effect of Calvinism, wherever it is found. With his last 3 novels - The Watch that Ends the Night (1959), Return of the Sphinx (1967) and Voices in Time (1980) - he increasingly moved outwards from the specific base of Montréal (where he taught in McGill's English dept 1951-81) to encompass those universal themes that arise from local political, social and human interests. Because his works transcend their particular settings, he is the most widely and most successfully translated Canadian novelist to date.

Hugh MacLennan held a position of exceptional respect in Canada. He won the Governor General's Literary Award 3 times for fiction (Two Solitudes, The Precipice, The Watch that Ends the Night) and twice for nonfiction (Cross-Country and Thirty and Three). In 1984 he won the $100 000 Royal Bank Award, and in 1987 he became the first Canadian to receive Princeton University's James Madison Medal, awarded annually to a graduate who has distinguished himself in his profession. He garnered many other awards and honorary degrees.

Despite this success, critics have long debated the merit of his work. Many have endorsed Wilson's early praise; others have argued that the didactic aspect of MacLennan's fiction forces the stereotyping of characters, the predominance of the authorial voice, and reliance on outdated Victorian techniques of narrative and structure. Still others see Hugh MacLennan as overly ambitious in subject matter; especially in his treatment of French Canada is his lack of firsthand experience an artistic drawback. However, almost all critics have singled out MacLennan's skill in descriptive writing, whether of episode, action or natural landscape.

Although MacLennan was primarily a novelist, his essays (the best of which are collected in The Other Side of Hugh MacLennan, 1978) have elicited more consistent critical admiration. In these, Hugh MacLennan ranges over a variety of subjects with a civilized mind, impish humour, warm humanity and sharp intuition. He and Robertson Davies were Canada's finest essayists of the mid twentieth century.

Ironically, Hugh MacLennan's own international aspirations are generally overlooked. As time passes, he has taken on mythic proportions as the Canadian nationalist who pioneered the use of Canadian scenarios in fiction. To him, writers such as Robertson Davies, Margaret Laurence, Robert Kroetsch, Leonard Cohen and Marian Engel owe the sense that Canada is a place worth writing about. 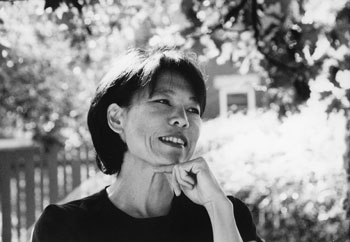