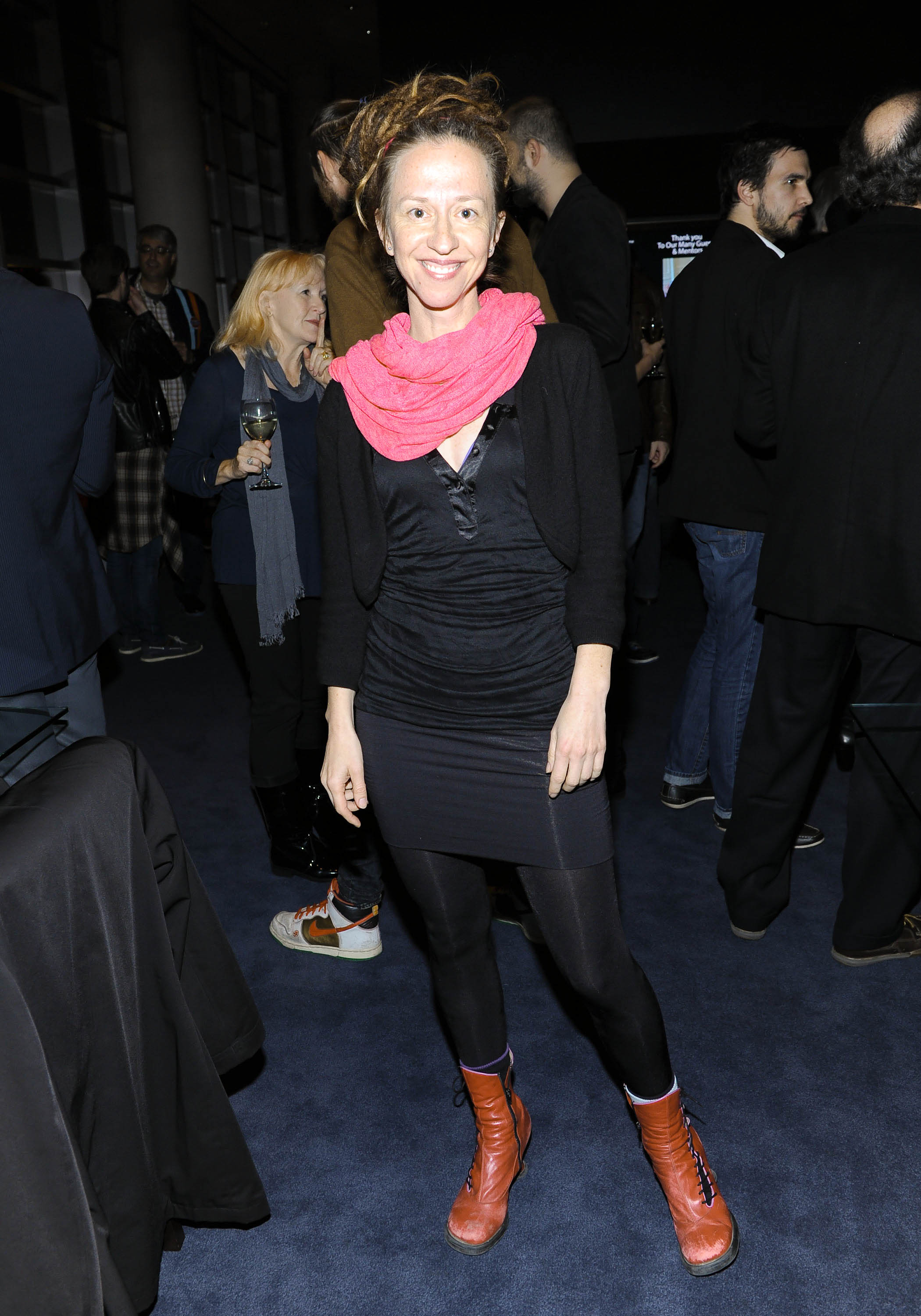 Ingrid Veninger, producer, director, actor, writer (born 21 August 1968 in Bratislava, Slovakia). The "DIY queen of Canadian filmmaking," Ingrid Veninger is a multitalented filmmaker. She began as an actress before producing award-winning dramas and documentaries, and then writing and directing her own shorts and features. Heralded by the Canadian Film Institute’s Tom McSorley as “one of Canada’s most dynamic, perceptive and prolific film talents,” she emerged by the early 2010s as a major force on the Canadian indie-film scene and the catalyst of a new wave of micro-budget productions.

Born in Bratislava, Slovakia in 1968, Veninger immigrated to Canada with her parents in the 1970s and began acting in her teens, appearing in a number of films and television series, including the CBC comedy-drama Airwaves (1986–87). In 1989, at the age of 21, Veninger branched out into producing by optioning the rights to Margaret Atwood’s novel Cat’s Eye. She also worked as an assistant director on Atom Egoyan’s The Adjuster, (1991) and produced Jeremy Podeswa’s Gemini-nominated music documentary, Standards (1992), and Peter Mettler’s northern lights documentary, Picture of Light (1994).

In 2000, after working for most of the 1990s as an actress (including a recurring role on the Canadian action series La Femme Nikita),Veninger attended the Canadian Film Centre, where she produced fellow student Julia Kwan’s award-winning short film, Three Sisters on Moon Lake (2001),which played at Sundance and the Toronto International Film Festival (TIFF). She starred in Anais Granofsky’s On Their Knees (2001) opposite Jackie Burroughs and Maury Chaykin, and produced Mettler’s acclaimed Gambling, Gods and LSD (2002), which won the Genie Award for Best Documentary.

In 2003, Veninger founded her production company, pUNK Films Inc., and began to work on her own projects as a writer-director. She co-directed the experimental short film Urda/Bone (2003) with Charles Officer, which was programmed at the New York Film Festival and picked up for distribution by Mongrel Media. Other shorts followed, including The Bunny Project (2004) and Mama (2005), which both featured her son, Jacob Switzer, and Everything is Love and Fear (2006), which was shot in a hotel in Vladivostock. She also starred in and co-wrote Granofsky’s Re-Generation (2004), a dystopian drama that premiered at TIFF (under its original title, The Limb Salesman).

Veninger co-wrote and co-directed her first feature film, Only (2008),with Simon Reynolds. A micro-budgeted coming-of-age drama about a preteen boy and girl (played by Jacob Switzer and Elena Hudgins Lyle) wandering around Parry Sound, Ontario, Only premiered at TIFF to strong reviews, including one by the influential American blogger and filmmaker Michael Tully, who wrote that, “every time I see a film like Only… my faith in cinema is restored.” The following year, Veninger received Genie nominations as the producer and co-writer of Officer’s Nurse. Fighter. Boy (2008).

In 2010, Veninger returned to TIFF with Modra, her first feature as a solo writer-director. The film starred her daughter Hallie Switzer as a Toronto teenager who spends a summer with her extended family in their native Slovakia. Hallie also starred in i am a good person/i am a bad person (2011),a drama shot while Veninger was touring European film festivals with Modra. The film’s depiction of creative block and family dynamics led to speculation about its autobiographical nature. In recognition of Veninger’s ingenuity and prolificacy, the Toronto Film Critics Association presented her with the 2011 Jay Scott Prize, a $5,000 cash award given annually to an emerging artist.

The 1K Wave, The Animal Project and the pUNK Films Femmes Lab

In early 2012, Veninger announced that she would be using the Jay Scott Prize money to finance five feature films on the condition that they be budgeted at $1,000 each. The “1K Wave,” a pitch competition curated by Veninger and former TIFF programmer-turned-distributor Stacey Donen, resulted in several completed films, including Nadia Litz’s Hotel Congress (2014). Also in 2012, the Canadian Film Institute ran a five-film retrospective of Veninger’s work entitled Intimacies: The Cinema of Ingrid Veninger, and published a monograph of the same name featuring essays on her films.

Veninger produced Mettler’s documentary The End of Time (2012),which debuted at the Locarno International Film Festival and was selected by TIFF as one of Canada’s Top Ten features of the year. She then wrote, directed and produced The Animal Project (2013),a drama starring Aaron Poole as a creatively stifled playwright that incorporated footage from her earlier short The Bunny Project. Accepting a prize for The Animal Project from the Alliance of Women Film Journalists at the Whistler International Film Festival, Veninger announced plans for a new writing lab for female screenwriters and solicited the festival attendees for donations; her request was taken up by Academy Award-winning actress Melissa Leo, who pledged $6,000 on the spot. The first pUNK Films Femmes Lab took place in 2014.