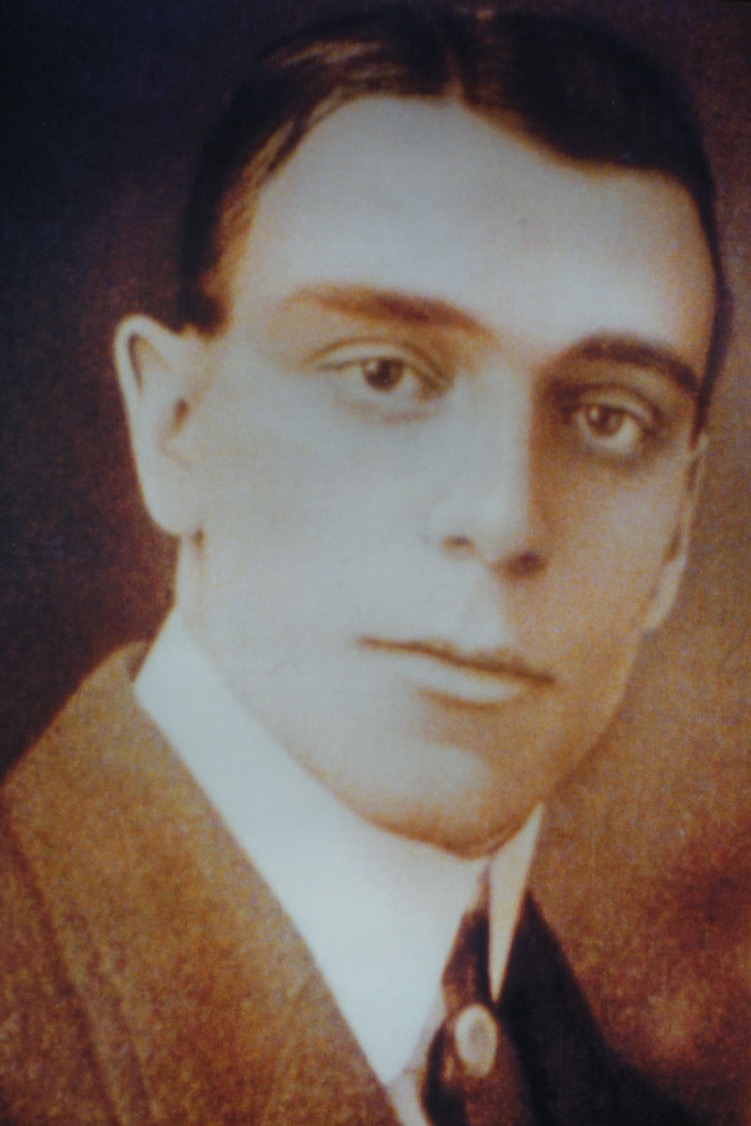 Voyer was one of the first opera composers in Québec and Canada. L’Intendant Bigot, a historical opera that is regarded as his greatest work, premiered at the Monument-National in Montréal on 5 February 1929.

The son of Napoléon Voyer and Délima Dion, J.-Ulric Voyer attended Collège Saint-Roch in Québec City. He also studied music with a Mr. Wallace, organ with a Mr. Lefrançois (the organist for the parishes of Saint-Roch and Giffard, Québec), piano with Professor Hudson, and organ and harmony with Léon Dessane and Auguste Descarries in Montréal.

Voyer’s first three operas were La duchesse en sabots, a one-act comic opera with a cast of 45, presented in Québec City on 8 and 9 November 1920; Petit-mouton, a four-act comic opera; and Jean-Marie, a four-act opera, arias from which were performed on 10 and 11 April 1923 with François-Xavier Mercier conducting. This opera’s libretto was co-authored by Voyer and Alfred Rousseau.

The date is 1757, the place is the heights of Beauport, in Old Québec City. To pay a gambling debt, Bigot, the last governor of New France, promises the Marquis de Saint-Germain the hand of the beautiful Gemma Dumas, but she is actually already engaged to the hunter Raymond. Raymond’s wrath will ultimately cost not only Bigot’s life, but also the lives of the marquis whom he has duped and those of the starving, impoverished populace who can no longer tolerate Bigot’s trickery.

L’Intendant Bigot was first presented at the Monument-National in Montréal, on 5 and 7 February 1929, with Albert Roberval conducting and directing, and then at the Auditorium de Québec, on 22 and 23 March 1929, in performances conducted by Edmond Trudel under the honorary chairmanship of the Honourable Athanase David, Secretary of the Province of Québec. Singers including Arnold Becker in the title role, Paul Trottier, Marie-Rose Descarries and Caro Lamoureux contributed to the success of this opera, whose libretto was another collaboration between Voyer and Rousseau.

Every performance of the opera was sold out. As the daily newspaper L’Événement reported, “Québec City has given a warm welcome to the opera by Mr. J.-Ulric Voyer – A full house applauded the Québec City premiere of L’Intendant Bigot, the first Canadian grand opera. Lieutenant-Governor Sir Lomer Gouin was in attendance, along with Lady Gouin and Mesdames Taschereau, Galipeault and Perrault. The artists outdid themselves and did full justice to this new work.” The producer of this opera, Honoré Vaillancourt of the Société canadienne d’opérette, regarded it as the first French Canadian opera and congratulated its composer on this achievement. In the January 1929 issue of the musical and theatrical magazine La Lyre, Vaillancourt wrote: “This work does honour to you and thereby to Canada, because you are the first Canadian to have produced a lyrical work staged as an opera.”

Also in 1929, the Starr recording label released a 78-rpm record of two arias from L’Intendant Bigot: “Romance du Marquis,” sung by baritone Charles-Émile Brodeur, and “Dans un petit village,” sung by mezzo-soprano Jeanne Maubourg-Roberval. A second 78-rpm record, featuring soprano Marie-Rose Descarries, was then released and quickly sold 1000 copies. As La Lyre underscored in its May 1929 issue, this was “a sales record that has never before been achieved by a Canadian work in such a short time.” On 30 October 1930, soprano Audrie Rubanni sang “Dans un petit village” at the New York Steinway Concert Hall.

In the 1930s, Voyer worked on Mademoiselle de Lanaudière, a comic opera in three acts and four tableaux, collaborating with G.E. Lefebvre on the orchestration and Henri Deyglun on the libretto. But the opera remained unperformed at the time of the composer’s sudden death. Plans had called for the work to be conducted by Mercier-Gingras and directed by Jean Riddez. It would have starred Marthe Lapointe as Mademoiselle de Lanaudière and Antonio Lamontagne as Salaberry. While the theme of L’Intendant Bigot had been French Canada’s abandonment by its mother country, Mademoiselle de Lanaudière addressed the impossibility of the marriage of the two Canadas.

Working for J. B. Renaud & Cie by day and composing when he could find the time, Voyer could not leave a major musical legacy, especially since he died at 42. A large portion of his archives was destroyed. His works had been forgotten and were no longer played in public until 14 December 1996, when 75 of his friends and descendants gathered at the Institut canadien in Québec City to hear arias from L’Intendant Bigot sung by France Duval and Bruno Laplante, accompanied by Hélène Marceau on piano.

In 1997, an aria from L’Intendant Bigot, “Ô mon ami, veuille le dire encore,” was recorded by the lyric duo Laplante and Duval for the CD L’opérette française. They also sang this aria in recitals on three continents: South America (Brazil, Mexico and Venezuela), Europe (Paris, Vienna, Zagreb, Belgrade and Budapest) and Asia.

But a more substantial revival of Voyer’s work came in August 1998, when a concert performance of several arias from L’Intendant Bigot was given in Governors’ Park in Old Québec City as part of the Fêtes de la Nouvelle France. The performance was conducted by Gilles Auger, with musicians from the Orchestre symphonique de Québec accompanying singers Bruno Laplante, France Duval, Bruno Gendron, Renée Lapointe, Sébastien Ouellet, Réginald Côté, Manuel Blais and Line Malenfant in the main roles. Jacques Boulanger narrated and provided background on each of the pieces performed.

The Nouveau Théâtre Musical published the voice and piano score for L’Intendant Bigot in 2000 and the arias “Ronde de l’Ours-Noir,” “Quel sublime décor,” “Dans un petit village” and “Dans l’abandon, les noirs regrets” in 2007. In September 2006, the government of Québec City unveiled a commemorative plaque on the façade of the building where Voyer had lived, at 170, 13e Rue, in the Limoilou district. 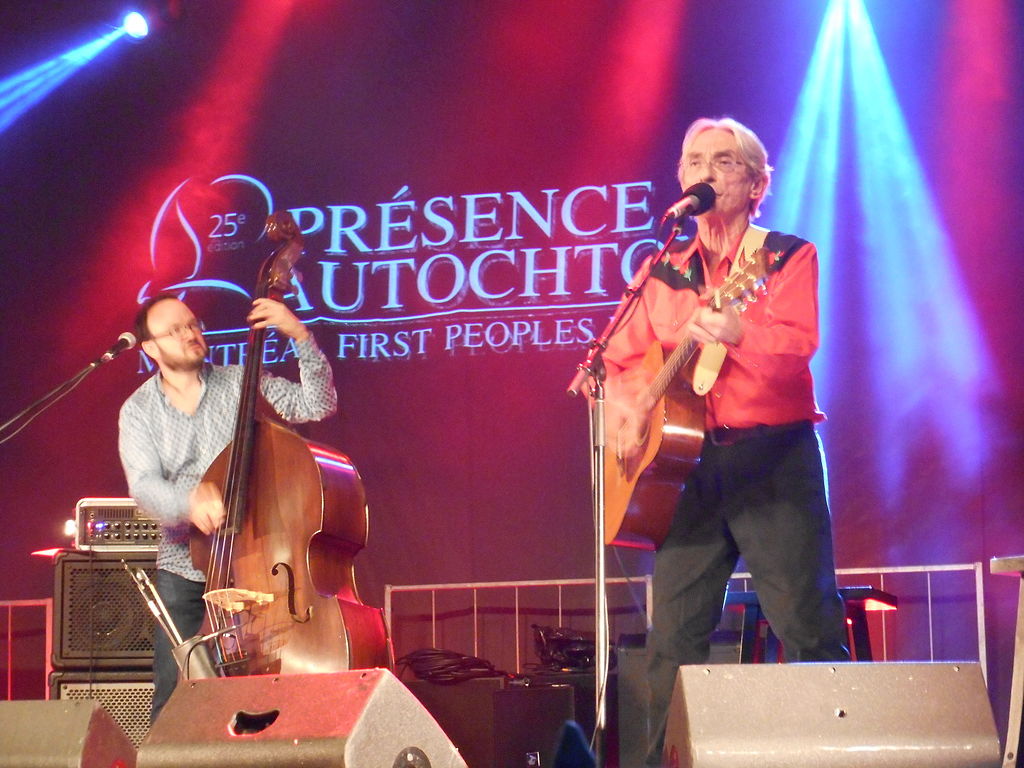