He was assigned in turn to the economic affairs section of the Colombo Plan, the Atlantic Alliance, to Bogotá (Colombia) as the vice-consul and chargé d'affaires, and to Port-au-Prince (Haiti) as consul. He was then named director of Latin American Affairs and executive assistant to the minister of external affairs.

He left the civil service (1964) to become chief researcher at the Centre de recherche en droit public at Université de Montréal. In 1969 he became adviser to the Ministry of Intergovernmental Relations in Québec, having specialized in constitutional problems.

He entered the field of literature with a collection of short stories, Le Métamorfaux (1974), which received critical attention, and a novel, Le Sang du souvenir (1976). In 1990, his novel Lés Années d'apprentissage, won the Canadian Science Fiction and Fantasy Association's Aurora Award for best French long-form work and the Prix de la Science fiction et du fantastique québécois; he also has twice won the Prix Boréal (1990 and 1994). He has also written for several periodicals. He won the Prix Duvernay (1976) for his work as a whole and the medal of the city of Paris (1977). 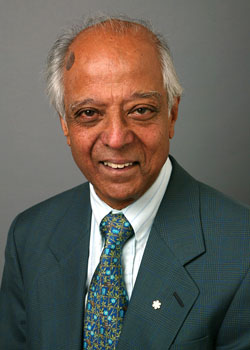