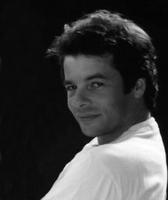 Jason Sherman, playwright, screenwriter and director (b Montréal 28 July 1962) is celebrated as one of Canada's outstanding contemporary theatre voices. An alumnus of York University (BA 1985), with a focus on creative writing and literature, he cites his mentors as Mavor MOORE, bp NICHOL and Frank DAVEY. He began his career as an editor and journalist, co-founding What Publishing and editing what, a literary magazine (1985-1990). He edited two anthologies, Canadian Brash (1991) and Solo (1993) for Coach House Press, and contributed articles, interviews and reviews to the Globe and Mail, Canadian Theatre Review and Theatrum magazines.

When he applied his hand to dramatic writing, critical acclaim quickly followed. His first works to be professionally produced were A Place Like Pamela (1991) for Walking Shadow Theatre, and To Cry Is Not So (1991) for Theatre Smith-Gilmour. The League of Nathans (1992), a co-production with Orange Dog Theatre and THEATRE PASSE MURAILLE, won the Chalmers Canadian Play Award and the Canadian Authors Award, and marked Sherman as an emerging artist of merit. He writes with biting, satirical wit and masculine vigour, and his provocative arguments place his characters in personal, ethical dilemmas of a political or cultural nature. His Jewish heritage, his relationship to the faith and to Israel, and his dissenting response to radical Zionism developed as signature motifs.

From 1992 until 1999, Sherman was playwright-in-residence for Toronto's TARRAGON THEATRE, under the artistic directorship of Urjo KAREDA. He honed his playmaking skills while collaborating with a series of notable directors and dramaturges including Richard Rose, Brian Quirt and Ian Prinsloo. He mounted an impressive body of work while at Tarragon: The Merchant of Showboat (1993); Three in the Back, Two in the Head (1994), which was developed at and co-produced with Necessary Angel Theatre and The NATIONAL ARTS CENTRE, and won the Governor General's Award for Drama; The Poetics (1995); The Retreat (1996); Patience (1998), which won the Chalmers Canadian Play Award; and It's All True (1999), also developed at and co-produced with Necessary Angel.

Beyond his residency, he developed two other works of significance for Tarragon: An Acre of Time (2001) and Remnants (2003). Remnants replaced another of his plays in the season, The Message, concerning Marshall McLuhan's final years, which had to be shelved following the threat of a lawsuit from the McLuhan family.

Sherman develops his play scripts through a process of collaborative workshops, with actors and directors responding to both his gathered resources and his written text. Reading Hebron, which was nominated for both the Governor General's Award and the Chalmers, went through several such incarnations before Toronto's FACTORY THEATRE produced it in 1996.

From 2002 until 2003 Sherman was playwright-in-residence at SOULPEPPER THEATRE in Toronto. He wrote an adaptation of The Bear, and co-wrote The Old Business with Susan Coyne, for the theatre's Absolutely Chekhov in the 2002 season.

His writing and story-editing credits for film and television include Cover Me for CBC, The Hoop Life for Viacom, ReGenesis for The Movie Network, and The Atwood Stories for The W Network. His radio series "National Affairs," a part of the weekly CBC radio show This Morning, ran from 1997 until 2000. He also began to direct and, in 2003, remounted his League of Nathans for Factory Theatre.

Other writing projects include an adaptation of Brothers Karamazov for Stratford; After the Orchard, an adaptation of Chekhov's The Cherry Orchard, for The National Arts Centre; an adaptation of Brecht's Life of Galileo for THEATRE CALGARY, and Between Two Worlds, a new version of The Dybbuk, for Soulpepper. A screenplay of Three in the Back, Two in the Head won for Jason Sherman the GOVERNOR GENERAL'S LITERARY AWARD for drama. He adapted Vincent Lam's book Bloodletting and Miraculous Cures for television, and is co-creator of the CBC Radio drama Afghanada, about Canadian soldiers in Afghanistan.