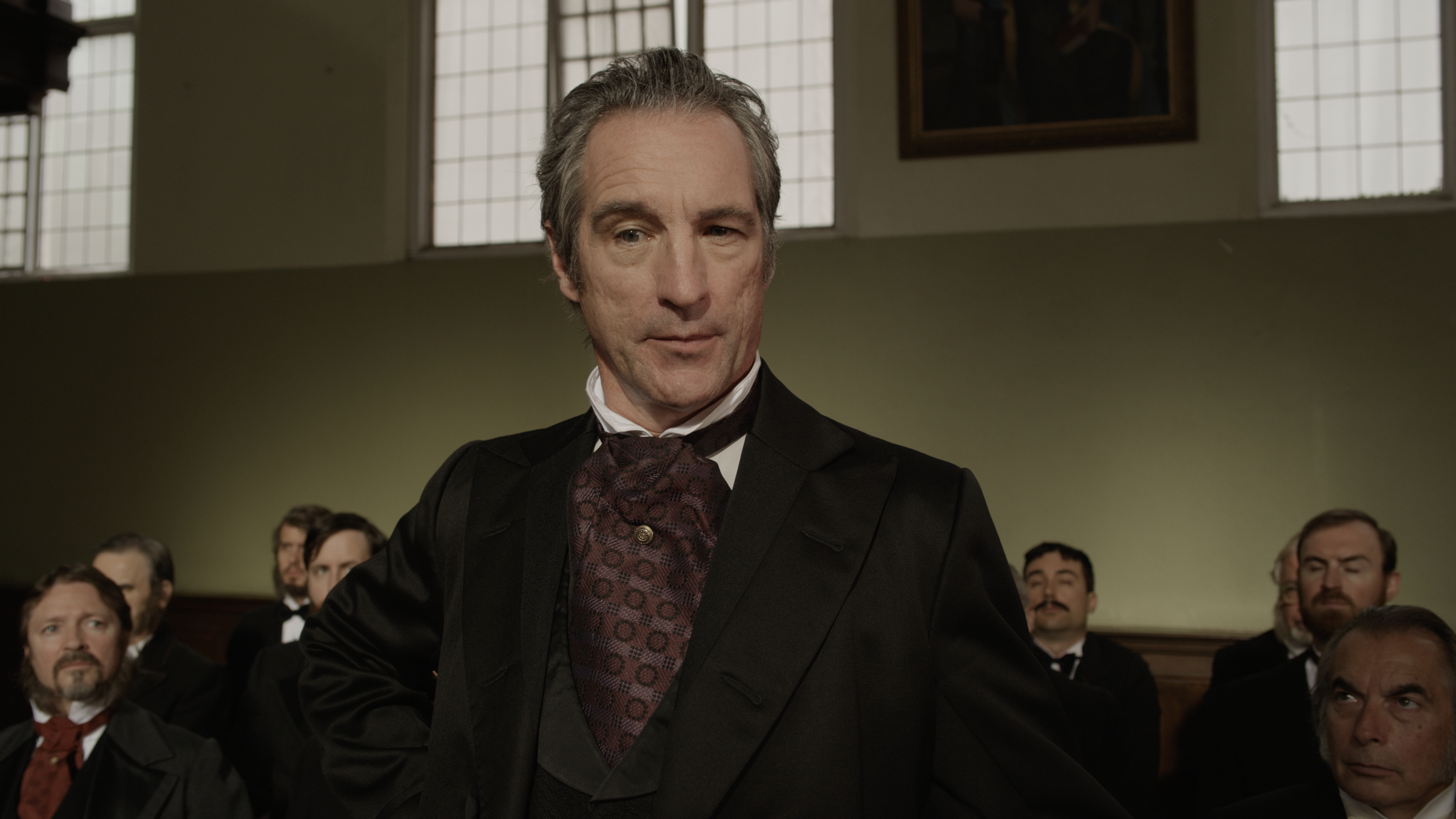 Behind the scenes during the making of the Sir George-Étienne Cartier Heritage Minute, 2013. Cartier played by Jean L'Italien.

Behind the scenes during the filming of the Sir George-Étienne Cartier Heritage Minute, 2013. Cartier was played by Jean L'Italien. Image: Historica Canada.
PreviousNext

Jean L’Italien, actor (born 16 March 1958 in Montréal, QC). A popular actor on Québec television, he has also made a name for himself in film and on the stage.

Jean L’Italien studied theatre at Université du Québec à Montréal (UQAM) starting in 1982 and attended the National Theatre School of Canada from 1983 to 1986.

Québec audiences discovered him in the television series Robert et compagnie, which was written by Michel Dumont and Marc Grégoire and directed by Céline Hallée and Constance Paré and ran for 67 episodes on Radio-Canada from 1987 to 1989. Subsequently, L’Italien portrayed the character Gérard Labrecque in the television series Cormoran,set at the start of the Second World War in the fictional village of Baie-Esprit, Québec, not far from Kamouraska. Created by Pierre Gauvreau and directed by Yvon Trudel, the series ran from 1990 to 1993.

Jean L’Italien went on to play the television roles that made his career, such as the lawyer Maître Lazure in L’affaire de la veuve Chapdelaine, a 1994 episode of the TVA series Les grands procès, about trials that made Québec history. That same year he played Pierre Elliott Trudeau in the Québec mini-series René Lévesque, written by Geneviève Lefebvre and directed by Giles Walker. In 1996, L’Italien appeared as Dr. Jacques Saucier in the popular medical series Urgences, created by Fabienne Larouche and Réjean Tremblay; other members of the cast included Marina Orsini, Serge Postigo, Rémy Girard, David La Haye, Marc Messier and Sophie Lorain.

From 1996 to 2001, L’Italien played the major role of Bernard Paré in the popular series Virginie, written by Fabienne Larouche and directed by André Tousignant, which aired from Monday to Thursday on Radio-Canada. Over the years, this role earned him many nominations for Prix Gémeaux and Métrostar awards. In 2004 and 2005, he was a member of the cast of Smash, a series scripted by humorist Daniel Lemire.

In 2004, L’Italien also appeared in the role of Francis Lacelle in some episodes of the drama series Temps dur, created by Jean Marc Dalpé. Starting in 2011, L’Italien was seen in Destinée, a drama series scripted by Michelle Allen, in which his character Lucien’s bipolar personality disorder gave him the opportunity to explore some intense emotions. For this work, he was nominated in 2013 for a Prix Gémeaux award for best male actor in a supporting role in a television drama series. Also in 2011, L’Italien joined the cast of La Galère, a popular series created by Renée-Claude Brazeau, in which he played a biker named Eric who develops a relationship with a woman who has early-onset Alzheimer’s disease.

In 2014, he played George-Étienne Cartier in two Heritage Minutes produced by Historica Canada. He also played the non-speaking role of a Québec father adopting Irish orphans in “Orphans,”one of the first-generation Heritage Minutes, in 1991.

Career on the Stage

L’Italien’s strengths as an actor are most apparent on the stage. In 1992, he played in the Jean Duceppe theatre company’s French-language production of Eugene O’Neill’s Long Day’s Journey into Night. L’Italien has also greatly enjoyed acting in plays from the repertoire of Québec and elsewhere. He appeared in a French-language production of Agatha Christie’s And Then There Were None at Montréal’s Salle Jean-Grimaldi theatre in 2012, as well as in the staged-reading series Les rendez-vous amoureux, presented by the theatre company La Comédie Humaine. L’Italien has also acted in French-language summer theatre, notably at the Théâtre des Hirondelles in Saint-Mathieu-de-Beloeil, Québec, where he played the starring role in the police comedy Parfum de crime in summer 2015.

For a number of years, Jean L’Italien and Chantal Fontaine have been co-spokespersons for Regroupement pour la Trisomie 21, an advocacy group for people with Down’s Syndrome. In 2006, he participated in the annual campaign of the Québec Tobacco-Free Week, and in 2007, he supported a campaign by to recruit “cybermentors” for secondary school students under the auspices of Academos, a social network that helps youth find rewarding careers. The father of four children himself, L’Italien says that he wishes that he could have received advice and guidance from an experienced older person when he was that age and trying to figure out how to start his career.