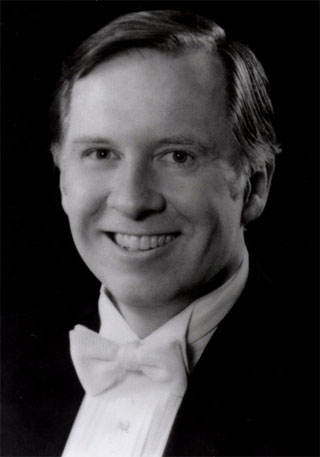 John McIntyre's father was an organist and choirmaster; his first piano teachers in Sarnia were Laura and Jim France. At age eight, he conducted the Devine Street School Rhythm Band, which received first prize at the Lambton County Music Festival. He was already playing recitals and winning piano competitions in his native city before moving to Toronto when he was 13. He played French horn in the school orchestra while attending Runnymede Collegiate, and at 16 obtained his ARCT diploma in piano at the Royal Conservatory of Music.

At the University of Toronto, where his piano teacher was Alberto Guerrero, McIntyre received an Artist Diploma and was the 1960 winner of the Eaton Graduating Award. The same year, he was awarded the Ravel Medal from the government of France, and was the first pianist to play a concerto (the Beethoven Third) with the National Youth Orchestra of Canada; the conductor was Walter Susskind.

McIntyre studied in Paris (1960–61) under Vlado Perlemuter on a Canada Council grant. From 1963 to 1965, he gave concerts mainly in Canada, performing on CBC Radio and television while working full-time in the conservation department of the Royal Ontario Museum. He lived at Hart House during this time and gave a solo recital at the Great Hall. Other Toronto recitals in this period included performances at the Art Gallery of Ontario, the Canadian National Exhibition and the University of Toronto’s Walter Hall. He then studied under Béla Böszörmenyi-Nagy at Boston University (where he earned a master’s degree in Music in 1968) and under Guido Agosti in Siena, Italy (1971).

McIntyre’s career as recitalist and concerto soloist includes extensive engagements in Canada, the United States and Europe, and numerous performances on radio and television. He performed solo concerts in Copenhagen in 1999 and 2002, and in Moscow and St. Petersburg in 1997. During a 2003 visit to Shenzhen and Guangzhou, China, he gave three solo concerts, and lectured and conducted master classes.

Besides his tours abroad, from 1995 to 2005 he was an invited solo artist at post-secondary music schools in nine US states, as well as in Canada. In addition to several concerto performances with such conductors as Walter Susskind and Sir Ernest MacMillan, McIntyre also had performances with Howard Cable, Robert Hanson, Elmer Eisler, Mark Gottlieb, Robert Olson, Barton Frank, Laurence Kaptain, Glenn Block, Gary Hill and Harman Haakman, several of which were broadcast on CBC in Toronto.

McIntyre held teaching appointments at Concordia College (1965–69), where he was an artist in residence, and Western Washington University (1969–75). Since 1975, he has taught at the University of Missouri Kansas City Conservatory (UMKC), where he was the founding director of the Tuesday Piano Series (1980–94), received awards for excellence in teaching (1983, 1994), and performed as soloist in Messiaen's Oiseaux exotiques (1989), Ravel's Concerto for the left hand (1998) and Antheil's Ballet mécanique (1999). He was awarded UMKC’s James C. Olson Professorship in Piano in 2011 and is now an Emeritus Professor at the UMKC Conservatory of music and dance.