Jordin’s family lived in Rankin Inlet, Nunavut when he was born on 2 February 1983. His mother, Rose Tootoo, had to go to the Churchill hospital for the birth as was normal practice at the time. Jordin was the third child of Rose and Barney Tootoo. Corinne Pilakapsi and Terence Tootoo are his older siblings.

Tootoo attended Leo Ussak Elementary School in Rankin Inlet. At age 13, he left home for the first time to play hockey and go to school in Fort Providence, Northwest Territories. In 1997-98 he played hockey and went to school in Spruce Grove, Alberta, where he billeted with an Indigenous family. Not only was he an outsider at these schools, in Spruce Grove he was bullied for being Indigenous. In keeping with his style on ice, he fought back until, eventually, the bullies left him alone.

From an early age, Jordin spent time on the land with his family hunting, fishing and camping. He credits the mental and physical toughness he learned on the land as the source of his strength to persevere in hockey and life. Today, when he visits Inuit communities, he often talks about keeping Inuit culture, traditions and connection to the land strong. 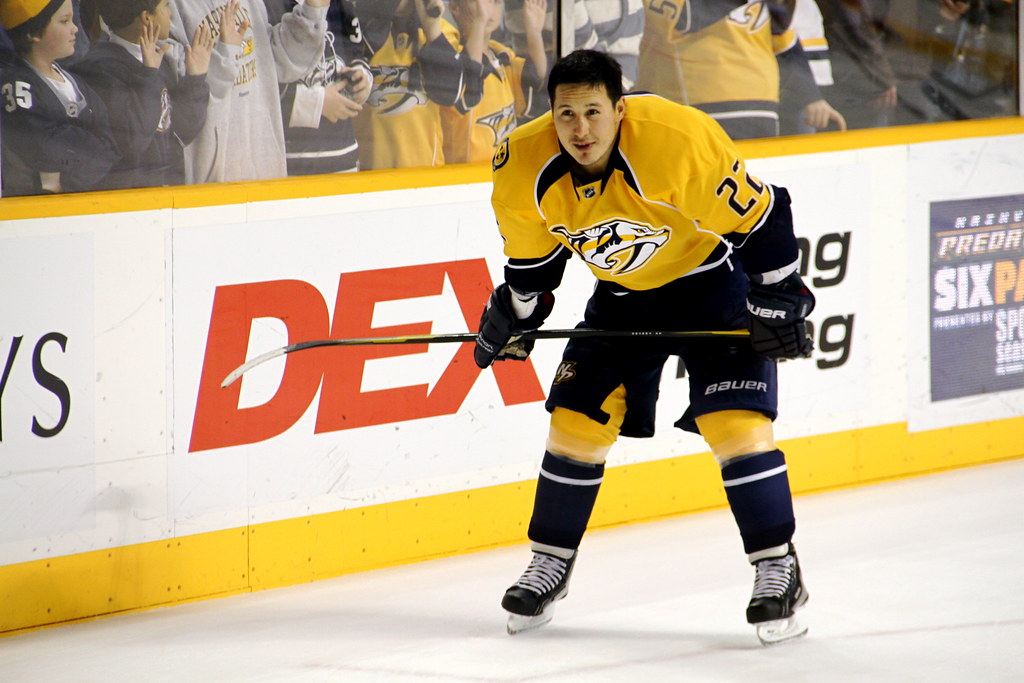 Jordin Tootoo spent most of his minor hockey years playing non-organized games with the kids of Rankin Inlet. They practiced (coached by Jordin’s father, Barney Tootoo, and other coaches) and played several times a week at the local unheated arena on natural ice, as well as street hockey on snow-covered gravel roads. They also played pick-up games on nearby Williamson Lake during winter. There were no organized teams and regular hockey rules did not apply. Tournaments were rare. Jordin credits the beginnings of his tough style of play to his early days of Rankin Inlet hockey where the older boys taught him to fight and push himself physically and mentally.

The Opaskwayak Cree Nation (OCN) Blizzard of the Manitoba Junior Hockey League signed Jordin for the 1998-99 season. He joined his older brother, Terence, who started with the team in 1997. The brothers played on the same line and lived in The Pas, Manitoba. It was the last time they played hockey together. In 1999, when he was 16 and still in high school, Jordin went to the Brandon Wheat Kings of the Western Hockey League ( See Canadian Junior Hockey). He played 220 games in four seasons with the Wheat Kings, accumulating 209 points.

In his first year with the Wheat Kings, Tootoo scored only 6 goals in 45 games but accumulated 217 penalty minutes. Already on Hockey Canada’s radar since his minor hockey days in Alberta, Jordin was selected to play on two teams that were part of Hockey Canada’s Program of Excellence in his first year of junior hockey: Team West and the Four Nations Tournament.

While playing for the Wheat Kings, Jordin wore the number “22”, a play of words on his last name. He would wear number 22 during his NHL career, as well.

On 29 May 2001, the Nashville Predators of the National Hockey League drafted Jordin 98th overall. He attended his first NHL training camp that fall before going back to play junior hockey for two more seasons in Brandon. In 2003, he was called up to play for the Predators. During the NHL lockout in 2004-05, Jordin played for the Milwaukee Admirals, the Predators’ farm team in the American Hockey League. He played for the Predators and Milwaukee in the 2005-06 season, before making the Predators as an NHL regular in the 2006-07 season. The Predators supported him through his alcohol addiction treatment program (rehabilitation program) arranged by the NHL Players’ Association in 2010-11. He re-joined the Predators and had his best NHL season in 2011-12, scoring 30 points (6 goals and 24 assists).

In 2012, Tootoo joined the Detroit Red Wings for two seasons. He also played for the New Jersey Devils from 2014 to 2016 and completed his NHL career with the Chicago Blackhawks in 2016-17.

Jordin played with the newly formed Under-20 Canadian Team Indigenous at the Universal Players Hockey Tournament in 1999 in Finland. Also in 1999, he was selected to play for Team West at the World Under-17 Hockey Challenge in Timmins, Ontario. In 2000, he captained Canada’s Under-18 team in the Four Nations Tournament (now called the Hlinka Gretzky Cup) in Slovakia.  In 2003, he was the first Inuk (Inuit person) to play for Team Canada in the World Junior Hockey Championships.

Tootoo overcame seemingly unbeatable odds. He was small by NHL standards during his playing days, standing 5 ft. 9 inches (175 cm) and weighing approximately 199 pounds (90 kg). He did not play organized, competitive hockey until his teens. He comes from a small, remote northern community with a high degree of dysfunction including alcoholism and violence, which he experienced in his immediate family. At age 13, in order to achieve his dream of playing competitive hockey, he had to leave home and live in another culture, where he experienced racism and bullying. In 2002, his beloved older brother, Terence, died from suicide after a drunk driving arrest. Finally, he confronted his own addiction issues in 2010. Any of these factors could have caused Jordin to give up his hockey dreams; however, he persisted, overcoming all obstacles.

Tootoo announced his retirement from the NHL on 19 October 2018 in Brandon, Manitoba, where he became a junior hockey star for the Brandon Wheat Kings of the WHL. In 13 NHL seasons, Jordin played 723 games, scoring 65 goals and accumulating 1010 penalty minutes. He also added 3 goals and 10 points in 42 NHL playoff games. Upon announcing his retirement, Jordin declared that he planned to give back to the Indigenous community by telling his story, focusing on mental health awareness and suicide prevention (see Suicide among Indigenous Peoples in Canada).

Jordin is part of a large, close-knit family consisting of Tootoos and Hickes on his father’s side. Both names are familiar in Northern politics: Hunter Tootoo is the Member of Parliament for Nunavut. George Hickes Jr. was formerly Nunavut’s Minister of Health and was appointed Minister of Finance in June 2018 (see Territorial Government in Canada). George Hickes Sr. is a former Speaker of the Legislative Assembly of Manitoba. Jordin married Jennifer Salvaggio in 2014 and they have two daughters: Siena (born 2016) and Avery (born 2018).

Jordin started the Team Tootoo Fund in 2011 to raise money for charitable causes, addressing youth suicide awareness and prevention, as well as supporting youth at risk. When Jordin speaks to Northern youth, he encourages them to keep Inuit traditions alive.

Jordin Tootoo’s life is an epic Canadian story of an Indigenous Inuk boy in a remote Arctic community beating the odds to play 13 seasons in the NHL, become a role model for youth and others, and give back to his broader community through a charitable foundation while keeping strong ties to his family, homeland and culture.