Liverpool, NS, Urban Area, population 2653 (2011c), 2759 (2006c). Liverpool, the largest community within the Region of QUEENS Municipality, is situated near the mouth of the Mersey River, at the head of Liverpool Bay, 115 km southwest of HALIFAX. Known to the Mi'kmaq as Ogomkegea ("place of departure"), it was called Port Rossignol by Pierre Du Gua de MONTS in 1604. Named after the English port city, Liverpool was a fishing centre for New England from at least 1670 but was not settled until 1759, by New Englanders of Pilgrim stock. During the AMERICAN REVOLUTION when Yankee privateers ran rampant along the coast damaging shipping, the townspeople retaliated by fitting out their own privateers. This phenomenon lasted to the close of the WAR OF 1812 and witnessed Liverpool privateers cruising from Nova Scotia south to the coast of modern day Venezuela. 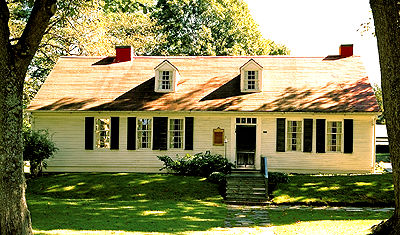 As it became a major seaport in the 18th century, its SHIPBUILDING industry flourished and with it the TIMBER TRADE, which sent products to Great Britain, the US and the Caribbean. The fall of the Bank of Liverpool, established 1871, ruined the county's fortunes and precipitated a long decline in the shipbuilding and timber industries. Prosperity was recovered with the establishment of the Mersey pulp and paper mill in 1929, and (reminiscent of the days of the privateers) with rum-running during the GREAT DEPRESSION.

Today, important economic drivers include tourism, the fishery, fish processing, forestry-related manufacturing, retailing and cultural activities, including several museums and the performing and visual arts. The annual Privateer Days celebrate the early history of Liverpool. The community is noted for its 18th- and very early 19th-century architecture, including PERKINS HOUSE (1766). Incorporated as a town in 1897, Liverpool and Queens municipal district voluntarily amalgamated in 1996 to form the Region of Queens. Liverpool is the municipality's administrative centre.