Lloyd Percival, sport figure (b at Toronto 3 June 1913; d there 23 July 1974). A controversial and versatile entrepreneur, Percival was an all-rounder in his youth, competing successfully in many sports. His honours include Canadian junior tennis finals, Canadian bantam Golden Gloves boxing champion, and a tour of England in 1936 with the Canadian cricket team. He also coached ice hockey and track and field. He is perhaps best remembered for his popular CBC radio Sports College, launched in 1941, which had 800,000 students registered at its peak, and his Fitness Institute, where he pioneered many testing and coaching techniques. Percival conditioned many well-known Canadian athletes, eg, golfer George Knudson. He received the Coronation Medal from Queen Elizabeth. 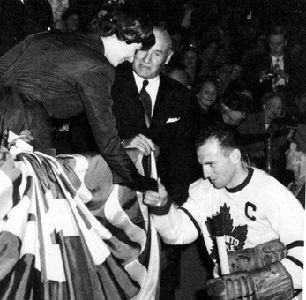