Louis-Joseph-Marie Quesnel, merchant, composer, poet, playwright (b at Saint-Malo, France 15 Nov 1746; d at Montréal 3 July 1809). Canada's first opera composer arrived here quite by chance. While captain of a French vessel carrying munitions to the Americans in 1779, Quesnel was captured by the British and taken to Québec, where Governor Haldimand granted him a safe conduct. He set up a fur-trading and wine-import business at Boucherville, near Montréal. Missing the sophisticated entertainments of France, Quesnel began to write and compose. These are reputed to have included symphonies and chamber music works.

Though many poems and several plays remain intact, only remnants of Quesnel's musical works have survived. Of these, 2 comedies-with-music have been restored. Using the surviving vocal and second-violin parts, composer Godfrey Ridout reconstructed Colas et Colinette, first performed in Montréal in 1790. Since its restoration in 1963, the charming period piece has been published, performed and recorded. Remnants of the second work, Lucas et Cécile, were restored by John Beckwith, published in 1992, and premiered in Toronto in 1994 - possibly the work's world premiere, some 2 centuries after its composition, since there is no record of performance in Quesnel's lifetime or after. It reveals the sophistication of Quesnel's abilities by clearly delineating the main characters through their musical materials. 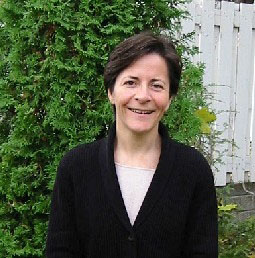