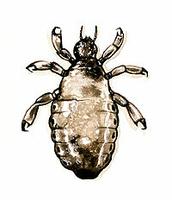 At least one species of louse is known for almost every terrestrial, warm-blooded animal (artwork by Jan Sovak, 1989).

Louse is the common term broadly used for certain insect pests of mammals, birds, plants (aphids), books (book lice), etc, and for crustaceans (sea lice), living commensally with aquatic mammals and fish. Most commonly, the term refers to biting and blood-sucking insects adapted as wingless, dorsoventrally flattened external parasites of birds and mammals. Lice have short legs with large claws. Eyes are reduced or absent. Under the most favourable conditions, lice cannot survive off the host for more than a few days. Each species is confined to one host or a few closely related ones, and at least one species is known for almost every terrestrial, warm-blooded animal.

Sucking Lice (order Mallophaga), of which over 200 species have been described, are blood-feeding parasites of mammals, including humans. They have piercing and sucking mouth parts and subsist entirely on nutrients derived from the host's blood.

Biting Lice (order Anoplura), estimated to comprise even more species, are parasites mainly of birds but also of mammals. They have chewing mouth parts, and feed on epidermal debris and exudates.

Lice harbour and transmit disease organisms to and among animals (eg, those causing relapsing fever and typhus in humans), and spread rapidly to cause epidemics in crowded, unsanitary conditions. 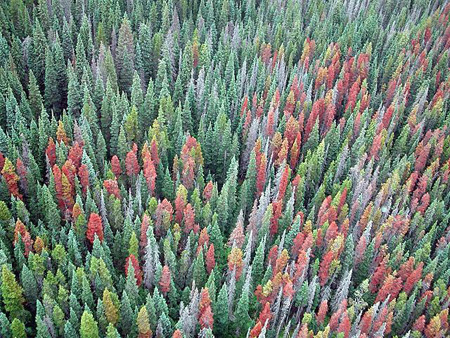