Marie-Mai Bouchard, singer-songwriter, performer (born 7 July 1984 in Varennes, QC). With a musical mix of rock, electro and pop, coupled with a richly authentic voice and a versatile stage presence radiating energy and passion, Marie-Mai has captured a large audience. Winner of numerous Félix Awards, including several for Female Performer and Album of the Year, she has had three gold albums and two platinum albums in Canada, and has performed on some of the most important stages in the francophone world. She has also been recognized at the national level, winning SOCAN Awards for Most Performed Francophone Song in Québec and Songwriter of the Year.

Marie-Mai Bouchard, singer-songwriter, performer (born 7 July 1984 in Varennes, QC). With a musical mix of rock, electro and pop, coupled with a richly authentic voice and a versatile stage presence radiating energy and passion, Marie-Mai has captured a large audience. Winner of numerous Félix Awards, including several for Female Performer and Album of the Year, she has had three gold albums and two platinum albums in Canada, and has performed on some of the most important stages in the francophone world. She has also been recognized at the national level, winning SOCAN Awards for Most Performed Francophone Song in Québec and Songwriter of the Year. 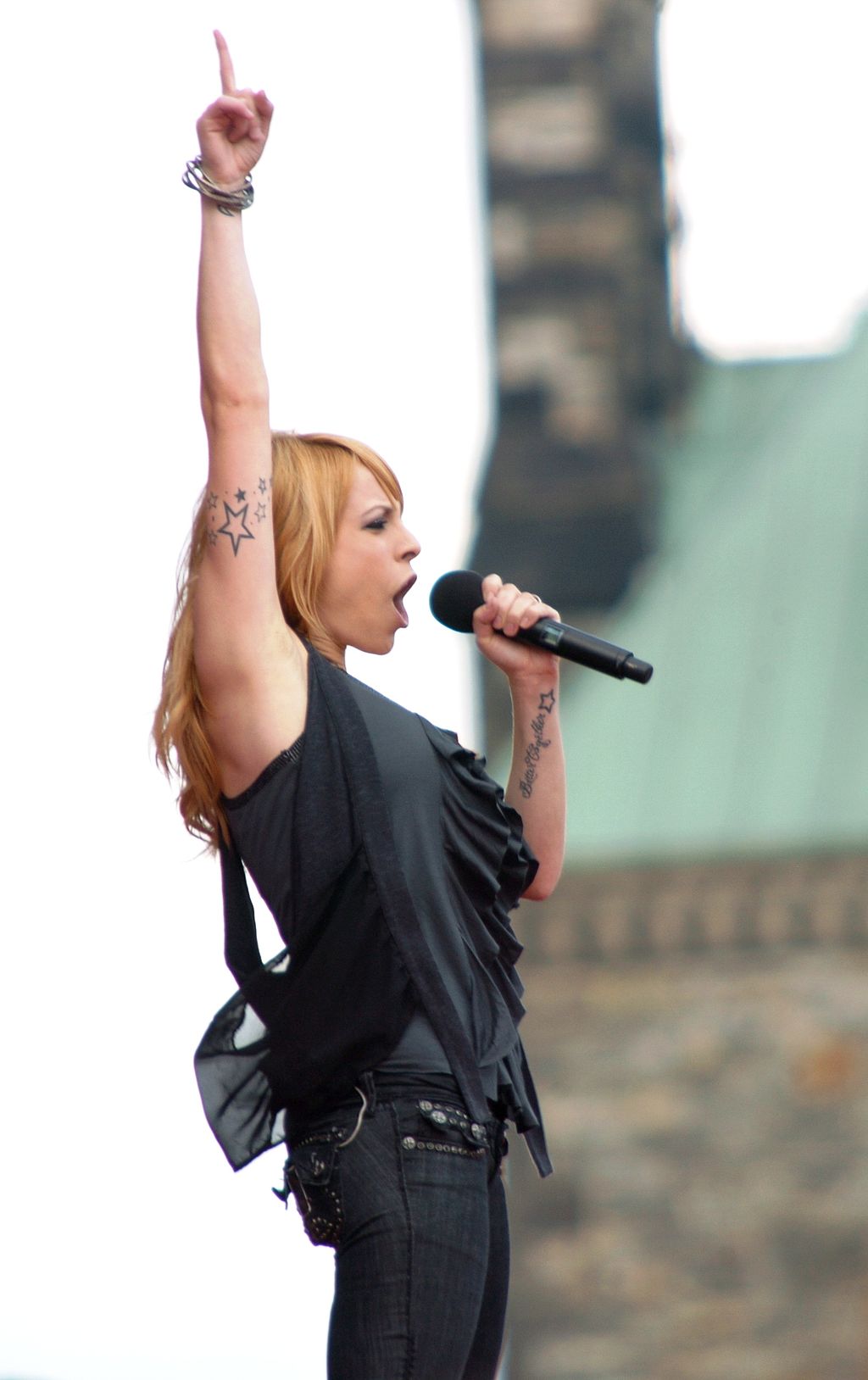 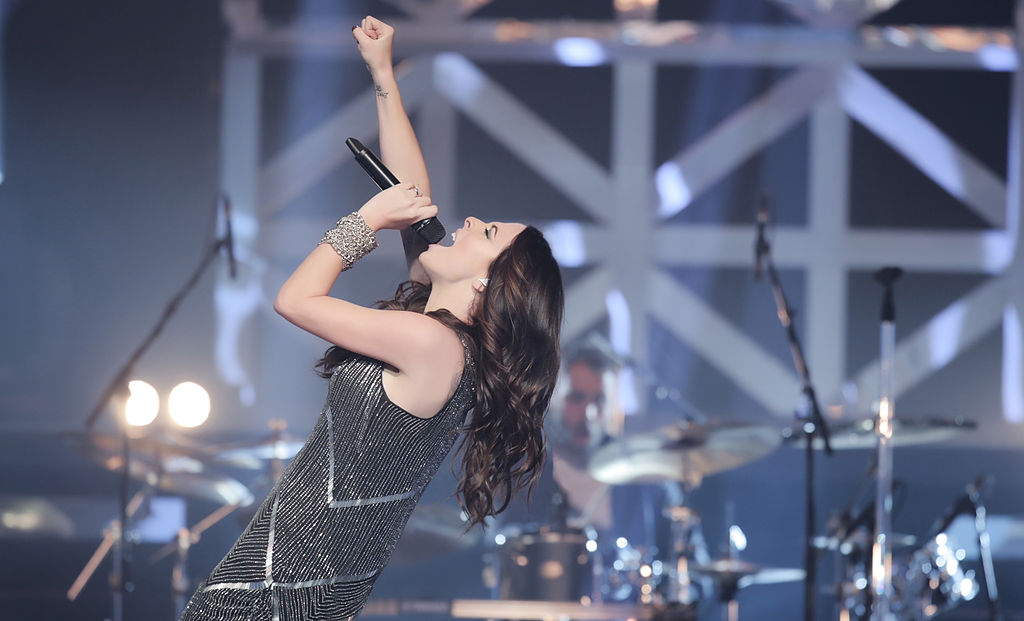 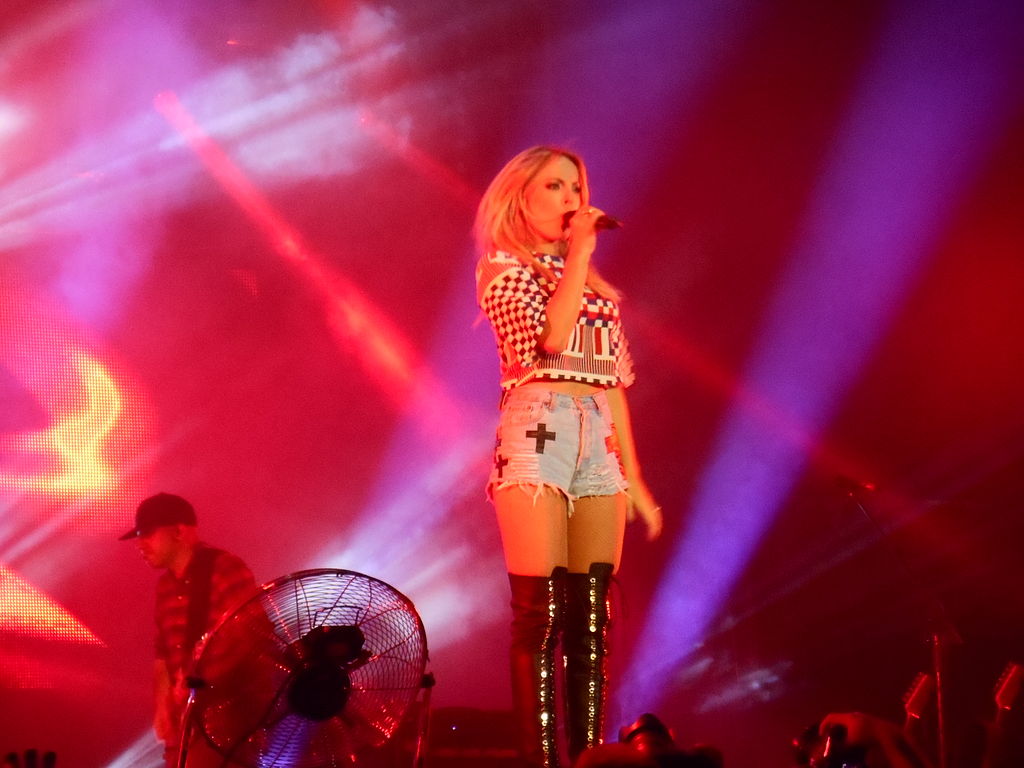 From the age of five, Marie-Mai Bouchard's interest in music was evident as she was already composing piano pieces. Her father, Jean-Pierre Bouchard, and grandmother, Alice Desbiens, served both as role models and mentors for her emerging talent. While attending De Mortagne High School in Boucherville, she performed in the year-end musical, Rock’n Nun,and realized then that music was the career path she wanted to pursue. She enrolled at Johanne Raby's voice school to learn the basics of voice, dance and theatre arts.

At 18, bolstered by her musical experience and her grandmother's encouragement, Marie-Mai successfully auditioned for the first edition of Star Académie, a reality TV show aimed at bringing together the best new musical talent from francophone Canada. Star Académie proved to be very popular with the public and so did Marie-Mai. She charmed the audience and caught the eye and ear of famous lyricist Luc Plamondon, whose song “Salaud” (from the musical Cindy by Plamondon and Romano Mussumara) she performed on the last episode.

Following Marie-Mai’s appearance on Star Académie, Plamondon contacted her with an offer to write lyrics for her, though he ended up encouraging her to write her own songs. The resulting first album, Inoxydable, released in September 2004, was a resounding success; it was certified gold in Canada for sales of over 50,000 copies by the fall of 2005. Marie-Mai toured across Québec, and in 2006 she opened for Garou on his tour of France and Switzerland. On 18 December 2006, she made her first solo appearance in France at the storied Bataclan Theatre in Paris.

Marie-Mai followed up on her first success with the albums Dangereuse attraction (2007) and Version 3.0 (2009), which were certified gold and platinum in Canada, respectively. Also in 2009, she won her first SOCAN Award in the Most Performed Francophone Songs in Québec category for “Si pour te plaire,” co-written with Marc Dupré and Jean-François Breau. In February 2010, she sang “Emmène-moi” at the closing ceremony of the Winter Olympics in Vancouver, making her the second female performer from Québec, after Céline Dion, to sing at a formal ceremony of that scale. Marie-Mai recorded “Love Me Tender” in a virtual duo with Elvis Presley for Viva Elvis, a Cirque du Soleil show performed in Las Vegas. In November 2010, she received two Félix Awards at the ADISQ gala: Rock Album of the Year and Female Performer of the Year.

Whether in the intimacy of the studio, as when she recorded “Je repars”(“I'm Coming Down”) with her friend David Usher in 2010, or on stage in front of 60,000 spectators on the Plains of Abraham during the Festival d’été de Québec in 2012, Marie-Mai takes a meticulous approach to every situation, having visualized it carefully beforehand.

The year 2012 proved particularly fruitful for Marie-Mai in terms of musical collaboration. In January, her performance with the Québec punk-rock group Simple Plan of the French version of “Jet Lag” won the Francophone Duo of the Year prize at the NRJ Music Awards gala held in Cannes. In March, she performed a fiery version of “Jet Lag” with the group at Le Zénith in Paris. The song evokes the experience of a couple in a long-distance relationship.

In August 2012, “C.O.B.R.A.,” the first cut off her fourth album, was played on Québec radio stations. A few weeks later, at the Olympia in Montréal, she launched the full album, Miroir, which rapidly climbed to the top of the iTunes album chart, reaching number one in Québec and number two in Canada. On 17 October 2012, barely a month after its release, the album went gold in Canada with 40,000 copies sold.

In the same year, legendary French performer Johnny Hallyday heard Marie-Mai sing for the first time and immediately proposed a collaboration. In his opinion, she has the "rock ’n’ roll attitude." Flattered and surprised, she happily performed in the opening act for two of Hallyday’s shows at the Stade de France in Paris.

In 2013, during Canada Day celebrations in Ottawa, Marie-Mai shared the stage with a number of Canadian performers, including singer Carly Rae Jepson. Later that year, she won Félix Awards for Pop Album and Female Performer of the Year.

In 2014, she performed a remix of “Jet Lag” with her husband, collaborator and artistic director, Fred St-Gelais, in her show Traverser le miroir at the Bell Centre in Montréal. Captured on 14 cameras and directed by Guy Lévesque, the film was screened in 50 theatres across Québec and the DVD was certified triple platinum in Canada for sales of over 30,000 copies.

Freedom is the theme that runs through Marie-Mai's album M, released 12 May 2014. A number of artists, such as keyboard player Alex McMahon on the punk-rhythm song “Tourner,” collaborated on the original arrangements that make up the album. The album also features world music MC Boogat in a hip-hop flavoured duo called “Ne m'écoute pas” and Montréal singer Jonas on “Jamais trop tard,” which reached No. 11 on the iTunes Canadian singles chart. M was very well received and climbed rapidly on the charts, going gold in Canada in July 2014.

In 2015, she contributed to the soundtrack of the film Guerre des tuques 3D (released in English as Snowtime!), an animated version of the classic 1984 children’s film directed by André Melançon. In December 2015, she returned to the stage with a residency show at Montréal’s Théâtre Saint-Denis, performing 22 shows in 25 days. The production earned her a nomination for ADISQ’s Best Show of the Year award. While she was passed up for this prize at the Félix Awards gala in October 2016, she did take home Female Performer of the Year — for the fifth time in her career.

In 2008 and 2009, UNICEF Canada recruited Marie-Mai as a spokesperson for the Spread the Net secondary-school fundraising campaign for the fight against malaria. In December 2011, along with other Québec performers, she took part in a campaign called L'intimidation, ça finit là, aimed at raising awareness about bullying. Considered more than a little bit "weird" during her school years, Marie-Mai opened up about her own experiences being bullied.