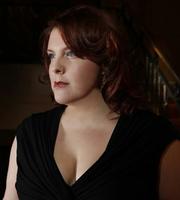 Marie-Nicole, a singer with great versatility and an extensive range, began her career as a mezzo soprano, but later settled as a contralto. Beginning in 1994, she studied voice with Rosaire Simard at the Conservatoire de musique à Saguenay in Chicoutimi, and after graduating at the highest level available at the time, she continued her musical studies under Marie Daveluy, initially at the Conservatoire de musique in Montréal and then privately.

Ironically Lemieux's early competition experience was not successful: in the 1999 CBC Competition for Young Performers she did not even advance to the final round. Then, in 2000, within three weeks, she won as many prizes: the prix Joseph Rouleau (first prize) and the Bourse Richard Verreau at the Jeunesses Musicales du Canada national competition; the Queen Fabiola (first) prize at the prestigious Queen Elizabeth International Music Competition (Brussels) in opera; and the Special Prize for Lieder at the same competition.

Lemieux made her Canadian opera debut as Cornelia in Handel's Giulio Cesare with the Canadian Opera Company in 2002, - awarded without audition after her Queen Elizabeth victory. She has also performed frequently with the Opéra de Montréal.

Lemieux has sung in most major opera houses in Europe including Berlin, Rotterdam, Geneva, Paris, Toulouse, Vienna, Frankfurt, and the Edinburgh and Glyndebourne Festivals. Her extensive roles range from Handel's Giulio Cesare and Vivaldi's Orlando Furioso (title roles in both); to Flosshilde in Wagner's Götterdämmerung, and Catherine in Honneger's Jeanne d'Arc au bucher. She has portrayed Miss Quickly in Verdi's Falstaff; Anna in Berlioz' Les Troyens, Geneviève in Pelléas and Méllisande, and many other roles.

Lemieux has performed extensively as recitalist in Canada and abroad, and has even demonstrated a natural flair for humour in specific concert performances. Among her musical collaborators have been harpsichordist Luc Beauséjour, pianist Michael MacMahon, and acclaimed French countertenor Phillipe Jaroussky. She has recorded for the labels Dorian, Analekta, Naïve (France), Deutsche Grammophon, and Virgin Classics.

Marie-Nicole Lemieux was named a Chevalier (Knight) in the Ordre de la Pléiade in 2012.