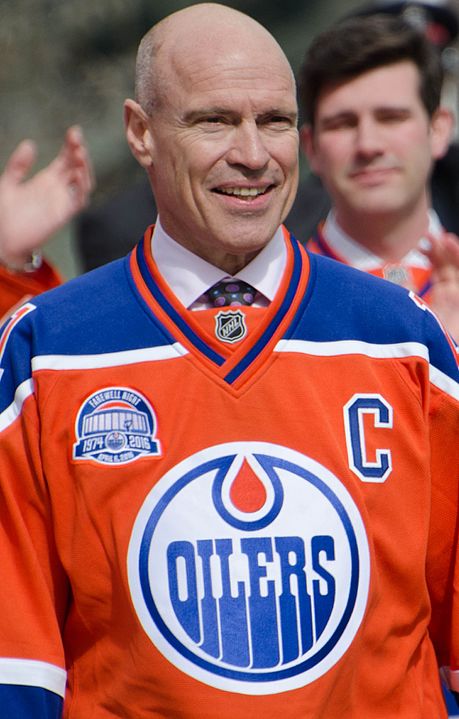 Mark Messier was the third of four children of Douglas Messier and Mary-Jean Messier (née Dea). Douglas was a professional hockey player who played in Canada, the United States and overseas. Elder son Paul was born in 1958 in Nottingham, England, while Douglas was playing for the Nottingham Panthers of the British National League. The family returned to Canada, and from 1960 to 1969 Douglas played mainly in the Western Hockey League for the Seattle Totems, Edmonton Flyers and Portland Buckaroos.

Mark was born on 18 January 1961 inEdmonton,Alberta(eight days earlier than his future Oilersteammate,Wayne Gretzky, who was born inBrantford, Ontario). After his family moved to Portland, Oregon, Mark started playing hockey in the Portland Amateur Hockey Association. His father Douglas played for the Buckaroos and ran hockey schools in Portland that his sons attended. Like his father and his older brother Paul, Mark loved playing hockey and spent much of his time on the ice, playing street hockey or shooting a ball against the wall. When the family returned to Edmonton, the seven-year-old Messier practiced with ten-year-old Paul’s novice team and was one of the best players on the ice.

In 1976, at age 15, Mark Messier began playing for the Spruce Grove Mets of the Alberta Junior Hockey League (AJHL); the following season (1977–78), he played with the St. Albert Saints. In those two seasons in the AJHL, Messier recorded a total of 140 points in 111 games. He also became known for his physicality, acquiring 194 penalty minutes in 54 games. Messier quickly demonstrated that he was a leader both on and off the ice, addressing his Saints teammates in the locker room before his father (the team coach) made his pre-game speech.

Paul Messier went on to play hockey at the University of Denver, and later played nine games in theNHLwith the Colorado Rockies. Mark, though, was determined to play Junior A hockey, even if it came at the expense of a university admission. The following season (1978–79), he turned professional at age 17 and played for the Indianapolis Racers and Cincinnati Stingers of the World Hockey Association.


Career with the Edmonton Oilers

In 1979, Messier was drafted by his hometownEdmonton Oilers. His play was rough and he scored more often with his fists than with his stick, but he emerged as the emotional leader of the talented young team.

Messier quickly blossomed into the game’s premier power forward. In 1981–82, he scored 50 goals for the Oilers’ quick-skating, high-powered offence, often assisted by Hall of FamelinemateGlenn Anderson. When Messier moved to centre during the 1983–84 season, he andWayne Gretzkygave the Oilers the best one-two combination at that position in the league. The Oilers won their firstStanley Cupin 1984, and Messier, the acknowledged emotional and physical leader of the team, was awarded theConn Smythe Trophyas playoff MVP. Three more Cups followed in the next four years before Gretzky was traded to the Los Angeles Kings.

Messier became the Oilers' captain in 1988. After losing to the Kings in the Smythe Division semi-finals in 1988–89, the Oilers rebounded and won the Stanley Cup in 1989–90, their fifth in seven years. During the regular season, Messier recorded a career high 84 assists and 129 points, while in the playoffs he was the co-leader in points, tied with teammate Craig Simpson at 31. He also won theHart Trophyas the NHL's most valuable player and the Lester B. Pearson Award (now the Ted Lindsay Award) for most valuable player as voted by the NHL Players’ Association.

Career with the New York Rangers

A contract dispute led to Messier’s trade to the New York Rangers following the 1990–91 season. The Rangers desperately wanted Messier for his leadership skills both on the ice and in the locker room and named him captain for his second game with the team, their home opener. His physical presence inspired improved play from his teammates, and the Rangers immediately becameStanley Cupcontenders. The team finished the regular season in first place overall but were upset in the Patrick Division Finals by the Pittsburgh Penguins, the eventual Stanley Cup champions. Messier's play earned him anotherHart Trophythat year. In winning the 1992 Hart Trophy, Messier became the second player in NHL history to win with two different teams (Gretzkyhad accomplished the feat three seasons earlier with the Kings). Messier also became the first player in NHL history to win the Lester B. Pearson Award (now the Ted Lindsay Award) with two different teams.

After a disappointing 1992–93 season where the Rangers missed the playoffs, the team finished first overall in 1993–94. Messier played much of the season with a wrist injury but rebounded with another legendary playoff performance. In the Eastern Conference Finals, with the Rangers needing a game six victory over the New Jersey Devils to stay alive, Messier guaranteed a Rangers victory before the game and scored a hat trick in the third period to secure a 4–2 win. He then scored the Cup-winning goal in the seventh game of a thrilling final against theVancouver Canucks. The Rangers' 54-year Stanley Cup drought had ended and Messier became the first player to captain two different franchises to a Stanley Cup title.


Career with the Vancouver Canucks

In the summer of 1997, Messier left New York and signed as a free agent with theVancouver Canucks. When the new season began, he resumed his familiar role as team captain. Unable to score at his previous more-than-a-point-per-game rate, Messier, as captain, was assigned much of the blame for the team's problems. Between 1996 and 2000, the Canucks failed to make the playoffs while game attendance declined.

Return to Rangers and Retirement

The Vancouver Canucks bought out Messier’s contract in 2000. He returned to the New York Rangers, where he remained for another four years, resuming his role as team captain and continuing to play a significant number of minutes per game, all the while plagued by injury. The 2003–04 season was to be Messier's last. He retired in 2005 following the NHL lockout that cancelled the 2004­–05 season. He was 43 when he played his last regular season game, a 4–3 loss to the Buffalo Sabres on 31 March 2004. Messier played the second-highest number of regular season games in the NHL (1,756) — only 11 games fewer thanGordie Howe — as well as the fourth most playoff games (236).

Messier remains close to his family and the hockey world. He owns Runaway Hill Inn on Harbour Island in the Bahamas, which is run by his sister Jen and brother Paul on a rotating basis. He has also done advertising for Cold-fX and Lay’s Potato Chips.

During the 2014–15 NHL season, Messier was NHL Hockey Ambassador for Rogers GameCentre LIVE and occasional analyst during Sportsnet’s NHL coverage. On the international scene, Messier coached Canada to a silver medal at the 2010 Spengler Cup in Davos, Switzerland, and was Canada’s general manager at the 2010 World Hockey Championship in Germany.

Mark Messier is involved in charitable work in Canada and the United States. He has helped raise over $1 million for the Hackensack University Medical Center in New Jersey and ran the New York City Marathon in 2011 to raise money for the Tomorrows Children’s Fund and the New York Police Fire Widows’ Children’s Benefit Fund. Messier has also hosted fundraisers for charities, including the Kinsmen Club of Edmonton’s The Legends Experience. In addition, he and sister Mary-Kay, vice-president of marketing at Bauer Hockey, have been involved in The First Shift, a six-week hockey program that provides Canadian children with equipment and coaching at a reasonable cost.

Through his Mark Messier Foundation, Messier launched a program on 24 February 2021 to raise money to support the development of a professional women’s hockey league. Messier called for personal and corporate donations and pledged to match up to US$100,000.

In 1992, an arena inSt. Albert,Alberta, was named after Mark Messier. On 13 November 2006, the NHLcreated the Mark Messier Leadership Award, which is presented annually to the player “who exemplifies great leadership qualities to his team, on and off the ice during the regular season.” Winners includeJarome Iginla,Sidney Crosby, Shane Doan and Jonathan Toews. Also in 2006, Messier’s jersey number (11) was retired by the New York Rangers.

On 27 February 2007, the Mark Messier arena was re-dedicated (as part of a new development) on the same day that theOilersretired his No. 11. The day before, part of the trail that connects Edmonton and St. Albert was renamed the Mark Messier Trail. He was also inducted into theHockey Hall of Famein 2007. In 2009, he was inducted into the World Hockey Association (WHA) Hall of Fame and Canada’s Sports Hall of Fame. He also received the NHL’s Lester Patrick Award that year for outstanding service to hockey in the United States.He received the Order of Hockey in Canada from Hockey Canada in 2013 and the Order of Canada in 2017. He was inducted into Canada’s Walk of Fame in 2019. 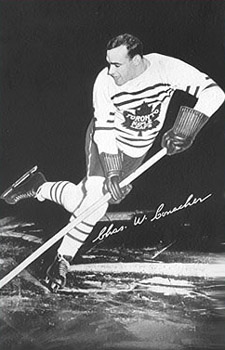