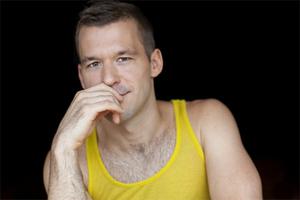 Matjash Mrozewski, dancer, choreographer (born at Sudbury, Ont 3 March 1976). Matjash Mrozewski trained at the NATIONAL BALLET SCHOOL in Toronto, where his interest in choreography was first cultivated. As a member of the NATIONAL BALLET OF CANADA (NBC) and then as a dancer in Europe, Mrozewski was exposed to many different styles of contemporary ballet at a young age, which influenced his eclectic work. His career as an independent choreographer began in 2001 with the acclaimed premiere of A Delicate Battle for the NBC.

In 2003, Mrozewski was commissioned by the NATIONAL ARTS CENTRE to create Break Open Play, the first of 3 commissions specifically for youth audiences. Mrozewski has created contemporary ballets for companies around the world, including the Australian Ballet, Ballets de Monte Carlo and San Francisco Ballet. His first full-length ballet was Romeo and Juliet for the Tanz Luzerner Theatre; it premiered 28 Sept 2012 in Luzern, Switzerland.

Matjash Mrozewski is a guest teacher for Les Grands Ballets Canadiens, BJM Danse Montréal and the NBC. He has contributed to several flash-mob performances; the first, as part of the National Ballet School's 50th anniversary celebrations in 2010, involved 350 people and was produced for International Dance Day. For the NBC he appeared as Widow Simone in La Fille mal gardée (2012), and he occasionally performs in his own work.

He has received numerous DORA AWARD nominations for performance and choreography, and the National Arts Centre has labeled Matjash Mrozewski "one of the most exciting and original voices in the dance world today."