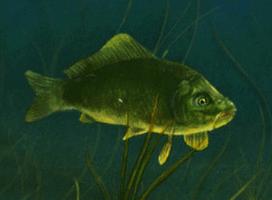 Many people refer wrongly to any small fish as a minnow. Properly, minnows are small to large freshwater fish of class Actinopterygii, order Cypriniformes, family Cyprinidae. The largest fish family, with over 1500 species (including carp, squawfish, dace, bream, etc), it is found worldwide, excluding South America, Australia and the far north. Fifty-three species occur in Canada. Some have restricted ranges (eg, redside dace, Clinostomus elongatus, of Lake Ontario drainages); others are found coast to coast. Carp (Cyprinus carpio) and goldfish (Carassius auratus) are familiar Asian minnows that have been introduced and become established in several provinces. Minnows inhabit waters from bogs to large lakes and rivers throughout Canada, except insular Newfoundland, and are often the most numerous fishes, both as species and individuals.

Many are quite small, attaining lengths of only 60 mm as adults, eg, the northern redbelly dace (Phoxinus eos). The northern squawfish (Ptychocheilus oregonensis), unusually large for a minnow, may reach 120 cm in length. Minnows are characterized by toothless jaws (pharyngeal teeth are present); soft fin rays (carp and goldfish have stiffened rays in dorsal and anal fins); and cycloid (smooth) scales, often giving them a silvery sheen. A series of bones, the Weberian apparatus, connects the swimbladder to the ear. This makes their ability to detect sound exceptional and is probably important to their success. Injured minnows release "fright scents" into the water, which cause fear reactions in other members of the species.

Breeding males may be as brightly coloured as tropical aquarium species and may develop obvious tubercles (nodules) on the head, scales and fins. In the breeding season, some species (eg, hornyhead chub, Nocomis biguttatus) construct nests a metre in diameter by piling up pebbles with the mouth.

Food varies with species. The chiselmouth (Acrocheilus alutaceus) of BC has a chisel-like cutting edge to its lower jaw, used to scrape algae from rocks. Species with long, coiled intestines feed on algae and bottom ooze; those with short guts feed on insects, crustaceans and molluscs. The northern squawfish preys on other fishes.

Minnows are not considered good to eat, and few are large enough to attract anglers. They are important as food for more valuable fish and as bait. Certain species, eg, pugnose minnow (Notropis emiliae), are sensitive to urbanization and to agricultural practices that increase the silt load in rivers. Abundance and distribution of such species serve as indicators of environmental conditions. 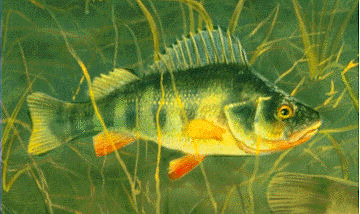