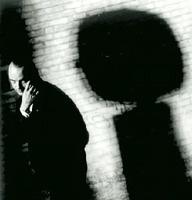 Znaimer was active at the CBC before leaving to create the innovative Citytv and MuchMusic (photo by Taffi Rosen).

Moses Znaimer’s father, Aron, from Latvia, and mother, Chaja, from Poland, were Jewish and met while fleeing from Europe to escape the Holocaust. Znaimer was born in 1942 on a train passing through Tajikistan, but does not know his exact date of birth; when asking his mother, he would simply be told, “it was wartime.” After the war, the family moved around Europe and stayed briefly in a camp for displaced persons in Hessisch-Lichtenau, Germany, before immigrating to Canada. The Znaimers arrived in Halifax, Nova Scotia, in 1948 and eventually settled in a third-floor flat on Montréal’s storied St. Urbain Street.

During his youth in Montréal, he attended United Talmud Torah and then Herzliah High School, where he developed a reputation for the quality of his voice while performing Friday services. He has remarked that the young women flocking to hear him sing the prayers gave him a taste of what it is like to have groupies.

An early indication of Znaimer’s interest in television appeared at the age of 13 when he used his bar mitzvah money to buy his family its first television set. He held strongly to his Jewish heritage and resisted anglicizing his name. One of his teachers at Herzliah was the poet Irving Layton, whom he later called an “enormous influence” and his “first real connection to the world of media.”

Znaimer studied political science and philosophy at McGill University, graduating in 1963. It was at McGill that he met Marilyn Lightstone at the McGill Players’ Club and began their long professional and personal relationship. He went on to receive a master’s degree in politics from Harvard University in 1965.

Znaimer’s career began with the CBC in Montréal and Ottawa as a host, director and producer, most notably as host of CBC Radio’s Cross Canada Checkup. That program introduced Znaimer to the innovative and democratic use of technology as it allowed listeners to voice their opinions on diverse topics from thousands of miles away. From Cross Canada Checkup, he moved to the television current affairs program The Way It Is, where, as host, he interviewed celebrities like Dustin Hoffman and Gloria Steinem. He also co-hosted CBC TV’s Take 30 with Adrienne Clarkson.

Feeling constrained by CBC’s corporate environment, Znaimer and partners Phyllis Switzer, Ed Cowan and Jerry Grafstein founded the freewheeling City-TV (now Citytv) in Toronto in 1972. City-TV became Toronto’s first independent and privately owned TV station. Znaimer worked in an executive role with City-TV for several decades, even after selling his interest in the station during City-TV’s sale to CHUM in 1978.

Early on, Znaimer anticipated that television would move toward specialized channels that tailored their programming to consumers’ specific interests. During his years at City-TV, he was behind numerous programs and channels that changed the landscape of Canadian media. In 1979, two years before the birth of MTV, Znaimer helped developed producer John Martin’s idea for a “Rolling Stone magazine for television.” The result was the groundbreaking and long-running music journalism program The New Music (1979–2008). Znaimer followed this with other music-oriented programs on City-TV, including CHUM 30 Countdown (1983–2008), Toronto Rocks (1984–90) and the all-night music video program City Limits (1983–95), which featured a young Mike Myers as his Wayne’s World alter-ego.

In 1984, Znaimer founded the music video channel MuchMusic, one of the first specialty cable channels in Canada. MusiquePlus, the French-language equivalent, followed in 1986. Among the original programming he created for MuchMusic was the dance show Electric Circus (1988–2003), which took its name from the location that housed City-TV in 1972. The nightclub of the airwaves, the program highlighted Znaimer’s mission to encourage cultural diversity through programming as it showed Canadians from all backgrounds dancing into the night with Punjabi-Canadian host Monika Deol.

Znaimer pioneered the democratic potential of television and used the medium as a loudspeaker for the masses. In 1990, he created Speakers’ Corner, an interactive broadcasting feature that let passers-by air their thoughts in a camera booth. Speaker’s Corner was modeled after the London tradition of the same name in which the public gathers in Hyde Park to debate current issues. Znaimer’s creations also include Bravo (aka Bravo!), the first Canadian arts channel, which was his project in the early 1990s and became the most successful of the early specialty channels in Canadian cable TV.

Znaimer’s other pioneering concepts include the wired environment used at the City-TV and MuchMusic stations, which involved exposing the video cabling, control monitors and operations staff to the viewer rather than hiding it all behind a set. Znaimer believed this concept, which he likened to a “living movie,” was appropriate for young audiences and that it would promote education. In 1995, he was instrumental in purchasing the Alberta government's public educational broadcaster, ACCESS. His new Learning Skills Television of Alberta incorporated the wired environment and proved to be highly successful.

In 1992, Znaimer was part of a group that failed to obtain a licence for a fifth British TV channel. In 1995, he wrote and produced TVTV: The Television Revolution, a 3-hour program devoted to the impact of television on the lives of Canadians. Internationally, he licensed MuchaMusic in Mexico and Argentina, Jyrki in Finland, and City-TV in Barcelona, Spain, and Bogota, Colombia. He also launched Toronto’s CablePulse 24 (CP24) in 1998 as part of his effort to champion local programming.

Znaimer was forced out of City-TV in 2003. In 2008, he launched Zoomer magazine, aimed at adults over 50 and positioned as a voice for mature Canadians, whom Znaimer dubs “zoomers,” or “boomers with zip.” Znaimer also advocates for aging Canadians as the president of the Canadian Association for Retired Persons (CARP), a non-profit organization affiliated with ZoomerMedia. Znaimer is also an outspoken activist for dying with dignity and often uses Zoomer’s channels to present arguments in favour of physician-assisted suicide.

In 2007, under the umbrella of ZoomerMedia, Znaimer acquired CHWO, a Toronto AM radio station focused on pop standards. In 2008, he launched the commercial classical radio station CFMZ-FM under the direction of his sister, Libby Znaimer. In 2009, he acquired VisionTV, a faith-based, multicultural religious channel.

In 1992, Znaimer started the MZTV Museum of Television and Archive in Toronto, which features a collection of about 10,000 objects related to the first fifty years in the development of television. Znaimer also donated his personal collection of 383 antique television sets valued at $16 million to the Cinématèque québécoise in 2003 and 2007 as part of their long term exhibit, Do No Adjust Your Set!

Znaimer’s work as an actor includes: a part as a mobster in Louis Malle’s Atlantic City (1980), which was the first Canadian co-production to be nominated for the Best Picture Oscar and the only Canadian film to win the Golden Lion at the Venice Film Festival; the thriller The Best Revenge (1984); and a cameo in Robert Lantos’s Genie Award-nominated Being Julia (2004).

His work as a theatre producer includes: Miss Margarida (1976); Tamara (1976), which starred Marilyn Lightstone (Znaimer’s longtime partner), Anjelica Huston and Karen Black, and was an immersive and interactive theatrical presentation in which theatregoers followed actors from room to room in a home; and the attraction Tour of the Universe at the CN Tower.

Znaimer published an account of his parents’ escape from the Nazis in the collection Passages: Welcome Home to Canada (Doubleday Canada, 2002). Znaimer’s sister, Libby Znaimer, is a journalist who worked for The Associated Press, Global Television, City-TV and CP24. A national spokesperson for Pancreatic Cancer Canada, she wrote In Cancerland: Living Well is the Best Revenge (Key Porter, 2007). She has been vice-president of News and Information for both Classical 96.3FM and AM740 at Moses’s MZ Media since 2006.

Znaimer developed a reputation as the “bad boy of Canadian television” due to his aggressive pursuits of opportunities, as well as his “aggressive sexuality,” which the Toronto Star referred to in 2009 as his “most vivid personality tic.” He is known for his tight control of his image in the media, and the way he crafts an enigmatic persona through the numerous contradictions in his work and life. In recognition of Znaimer’s contribution to the Canadian media landscape, the City of Toronto permanently designated the strip area around the former City-TV building at 299 Queen Street West as Moses Znaimer Way.