At only 16 years old, Corinne Sévigny enlisted with the Canadian Women’s Army Corps during the Second World War. Sévigny served as a driver and was one of millions of women who helped with the war effort either overseas or at home. Read and listen to Sévigny’s story in which she details the extraordinary accomplishments of her fellow women-at-arms. Please be advised that Memory Project primary sources may deal with personal testimony that reflect the speaker’s recollections and interpretations of events. Individual testimony does not necessarily reflect the views of the Memory Project and Historica Canada. 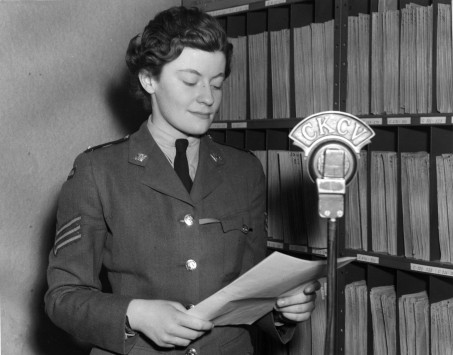 Yes, I can tell you that the CWAC had just been started. It was a totally new thing to have women in the Army. I think we may have been 1,500 when I joined up. Then, all of a sudden, we were several thousand women, but at the beginning and it wasn’t something that was accepted. I can remember that my poor parents were often asked how they could let their only daughter join the army. Even my friends, friends of the same age as me would say that I was completely crazy, that it was just something that wasn’t done. There were many reasons for which it was thought that it was something that was unacceptable and should not be done. And those reasons, I prefer not to go into detail about them, so we won’t talk about it. And for many of my friends it was simply inconceivable and unacceptable that a woman of my age could leave the house to join the army. 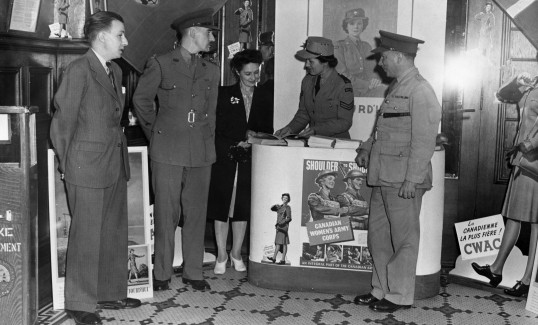 The idea that Quebec was not a part never entered our minds, we had many more important battles to fight, so it became imperative that we become first and foremost accepted as human beings. Because most men were not convinced that we women were able to take on the task at hand, not even sure we were able to do the simplest of tasks. So we had no choice than to step up to the plate. No, we were the pioneers. We were the ones who could show them that women could take on any serious assignment such as the telegraph, the telephone, anything that was new and needed in the army. New achievements, throughout the development of the conflict, this huge war, there were many developments, I would say, technically speaking. There were many, many, that were pioneered by women. For that, you only have to look at the history books to see. I wanted to be a part of the group that would defend against what was happening around the world. It was without a doubt the most important thing happening at that time. If we weren’t going to be a part of it, then were home just twiddling our thumbs. Or, that was how I thought it was but it might not necessarily be true. Evidently so, because there were many women who were not standing idly by doing nothing during the war. 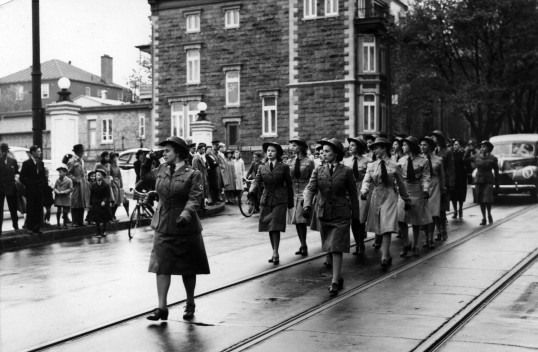 Apart from being a maid, good dancer, nurse, operator, servant, cook, do you know of any other things a woman could do before the war? Women were simply not holding any extraordinary, serious or centrally complex jobs. It just wasn’t done! We had the responsibility of proving that women could take on important responsibilities at any time. Today, it is common to see woman at the helm of huge corporations. It wasn’t conceivable that a woman could be anything higher than a secretary. That was the highest possibility. At the beginning, they thought that we knew nothing. When we finished our courses, courses on vehicle maintenance, mechanical courses, which we were obliged to know, we knew the difference between a wheel and other wheels in the vehicle, and they had to accept that we were able to learn the codes, decoding and coding, yes! We learned it all. That’s the way it was, we knew nothing!

During the war, day to day life hadn’t changed all that much, except for the women. At one point, we women came to be accepted just as everyone else. 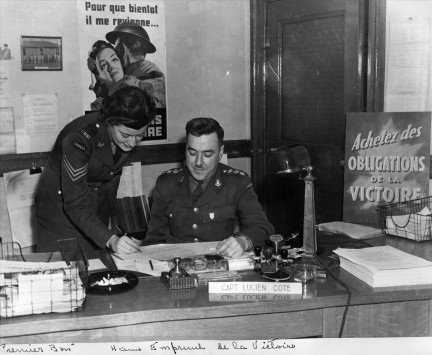 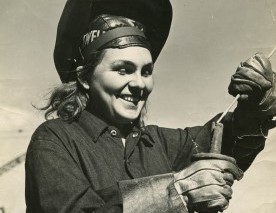