Canadian women first answered the call to military service in 1885 during the North-West Rebellion when 12 women served in military hospitals. The first - Loretta Miller - arrived at the Saskatoon Field Hospital on May 12, 1885. Their participation, according to Major-General John W. Laurie, was proof to the soldiers that they "had not been forgotten by the gentler sex." During the South African War Canada's nurses answered their nation's call to serve, this time overseas. In 1901 the Canadian Nursing Service was established and women were, for the first time, part of the regular Canadian military rather than part of an ad hoc organization. Women were once again called upon as nurses during WWI, the number volunteering always exceeding the number required. In total, 3141 Nursing Sisters served in the ranks of the Canadian Expeditionary Force; of that number, 2504 went overseas on the staffs of military hospitals in England, Egypt, Greece and on the western front in France and Belgium, where they also served in casualty clearing stations close to the front. At the end of the war the majority found work in veterans' hospitals or civilian practice, but a core group remained in the military. Near the end of the war, the creation of a Canadian Women's Army Auxiliary Corps, whose members would carry out clerical duties, was being discussed but the war ended before the organization was created.

The tiny peacetime military Nursing service of the 1920s and 1930s underwent great expansion again during WWII. By 1945, a total of 4480 nursing sisters had served in the Royal Canadian Army Medical Corps and in the medical services of the Royal Canadian Navy (RCN) and the Royal Canadian Air Force (RCAF). The RCAF also recruited 14 female medical officers. During the war, the demands of women for a larger role and shortages of manpower resulted in the further employment of Canadian women in many military trades that previously had been closed to them. Following the organization of the Candian Women's Army Corps and the Royal Canadian Air Force (Women's Division) in 1941, and the Women's Royal Canadian Naval Service (familiarly known as the WRENS) in the next year, a total of 45 423 women entered the wartime forces. They served as clerical, administrative, communications and other kinds of support personnel, thereby releasing men for combat. Their success is reflected in the enthusiastic report of a senior air-force officer that they were "just as valuable as men and I would like to have as many as you can possibly spare." Like the members of the medical services, they saw duty in the rear areas of fighting theatres. 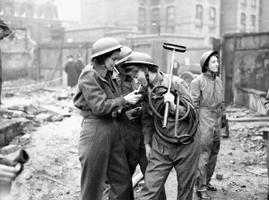 In 1946 the 3 women's services were disbanded. The words of one senior naval officer described the sentiment of members of the 3 services: "It seems impossible that there should be a Navy without them ... it is going to be hard for many who have remained to realize that they were, in actual fact, an emergency force." Only a small number of nurses remained in uniform. As the Cold War unfolded, the Canadian forces expanded once more. In 1951 the reserve elements of all 3 services began to recruit women, as did the regular air force. In 1954-55 the regular army and navy also began to recruit women, although in much smaller numbers than the 3000 women then in the air force. By 1966, however, reductions in the size of the Canadian forces, automation in trades staffed by women, and difficulties in recruiting, at least partly because of the limited careers available to women, reduced their total number in the regular services to fewer than 900.

That was the low point, and consideration was even given to closing the RCAF to women once again. The government of the day, however, wanted the Canadian forces to mirror society, where women were increasingly part of the paid labour force. The government used that mandate for guidance on the recruitment and employment of women. Other political influences, such as the 1971 Royal Commission on the Status of Women and the Canadian Human Rights Commission ruling of 1989, combined with military trials of women's effectiveness in non-traditional roles, systematically removed the barriers to full and equal service by women in the Canadian Forces. The last, prohibition on service in submarines, was reversed in 2001. Along the way, women like Heather Erxleben, the first woman to serve in the regular force infantry, took on new challenges with the added pressure of being the first.

While the participation rate of women in the Canadian military is not equal to that of men, nor are women equally represented in all trades, much has changed from the re-creation of women's services for peacetime duty. Equal opportunity exists and with increasing numbers. 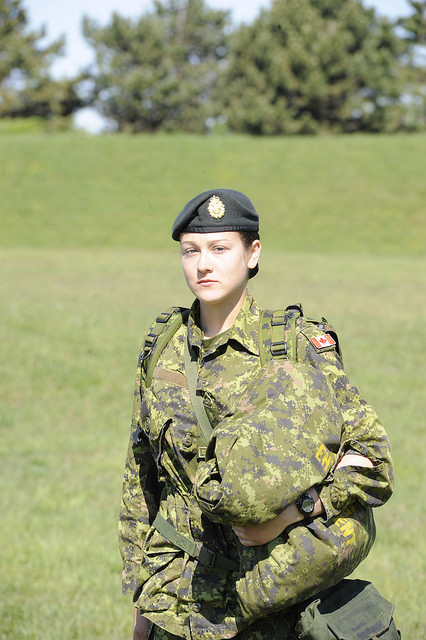