"As Mr. Winston Churchill said in one of his last speeches after the war, he said “without the women, we may have lost the war.”"

"As Mr. Winston Churchill said in one of his last speeches after the war, he said “without the women, we may have lost the war.”" See below for Ms. Crawley's entire testimony. Please be advised that Memory Project primary sources may deal with personal testimony that reflect the speaker’s recollections and interpretations of events. Individual testimony does not necessarily reflect the views of the Memory Project and Historica Canada. 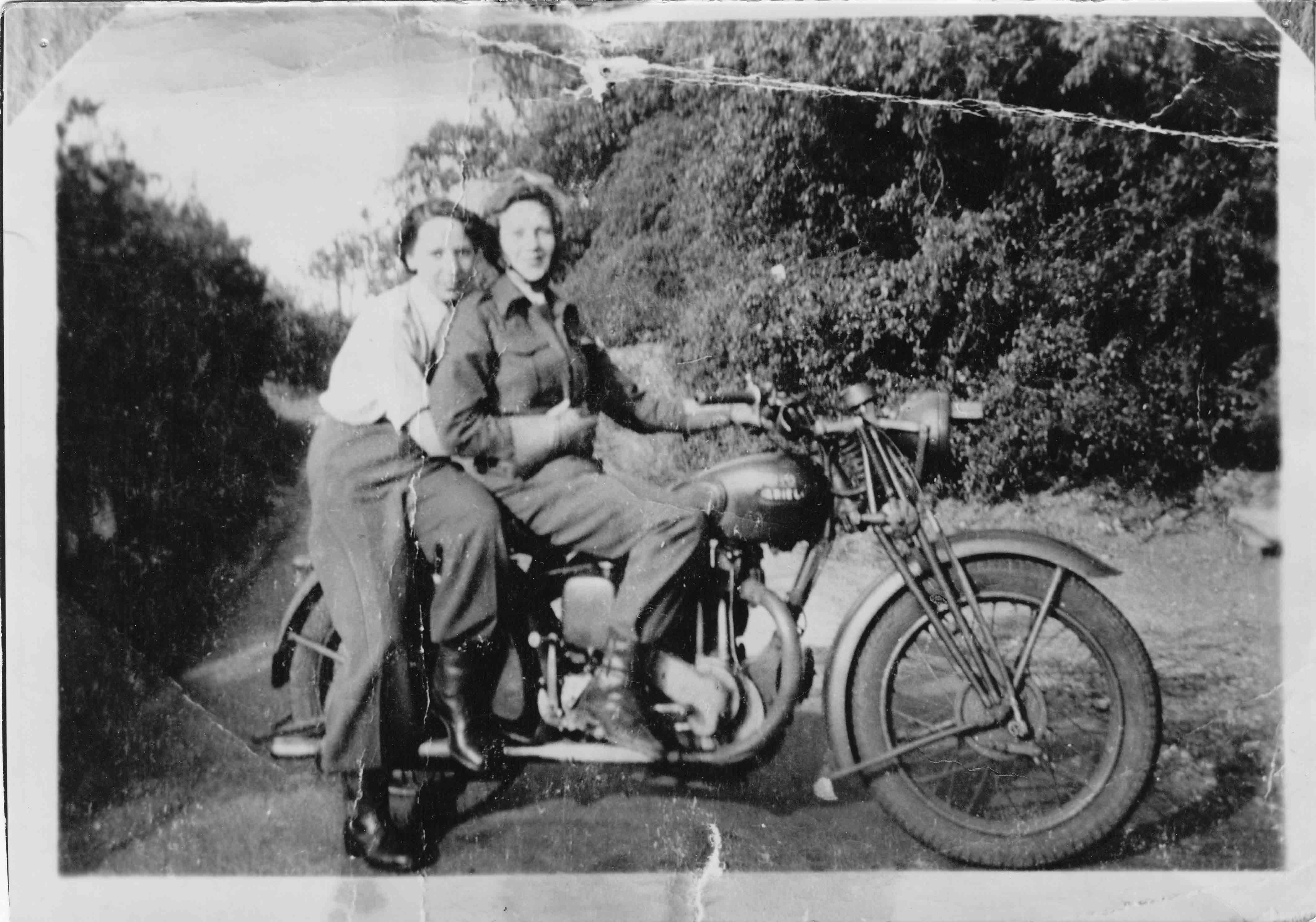 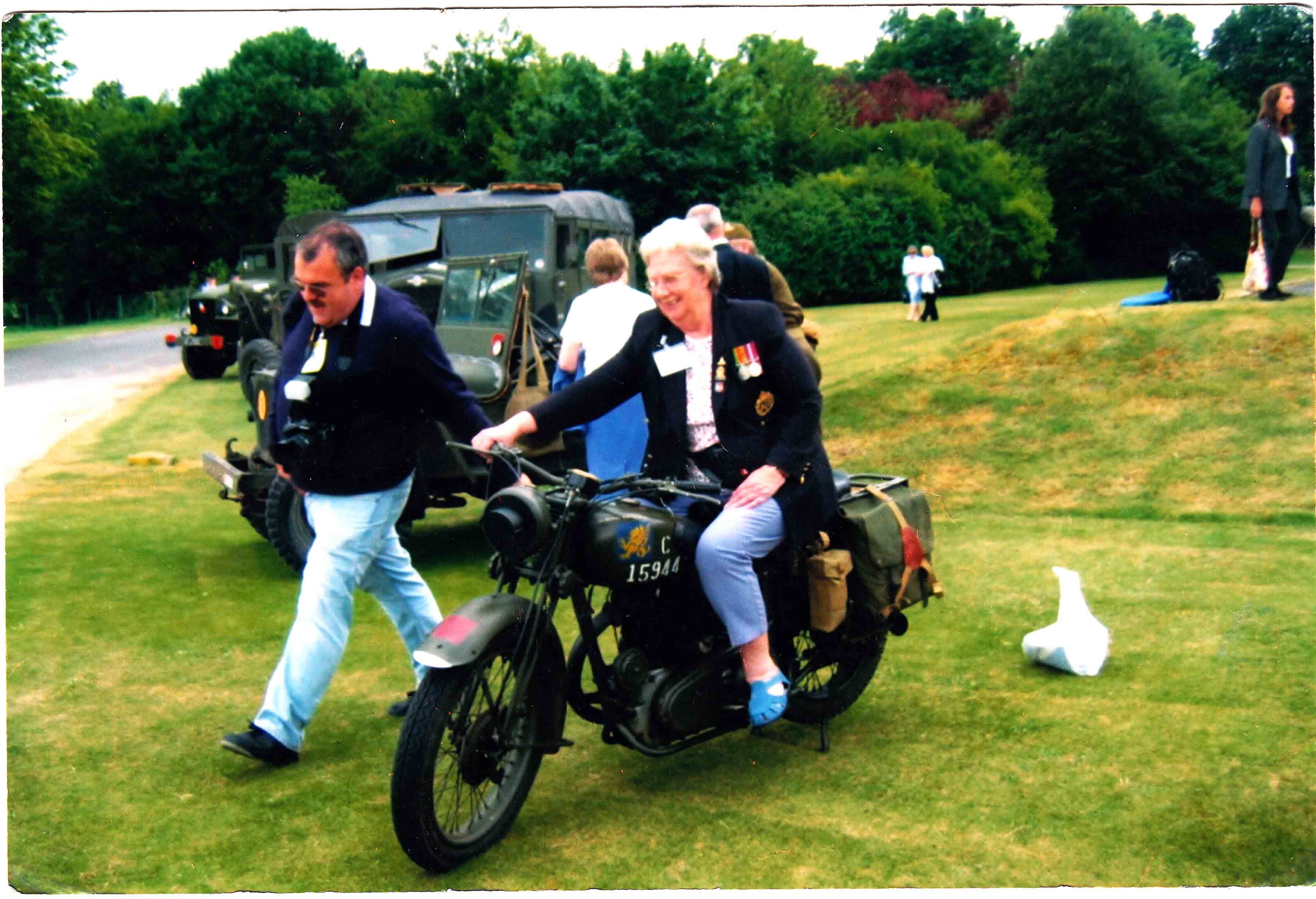 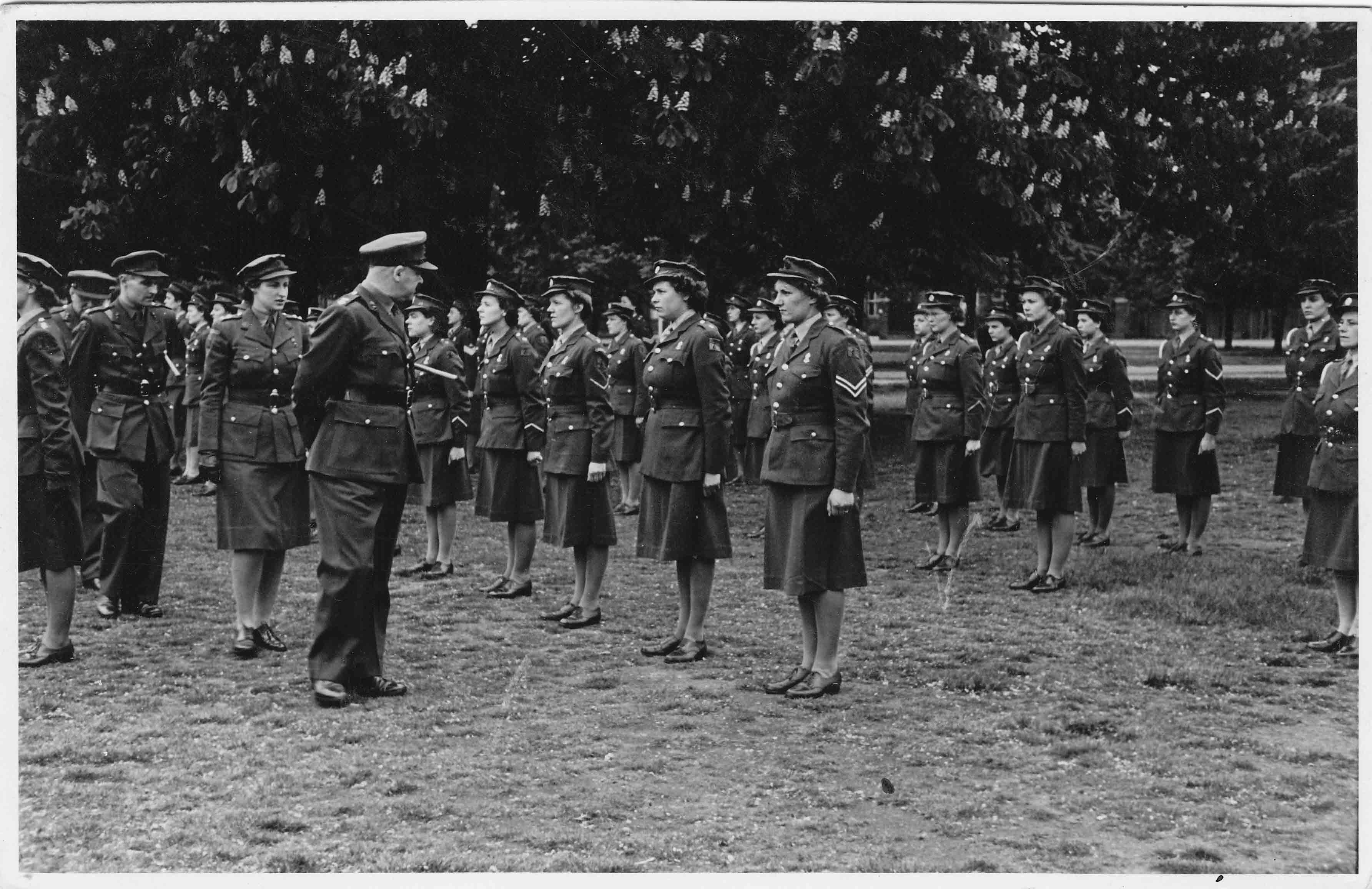 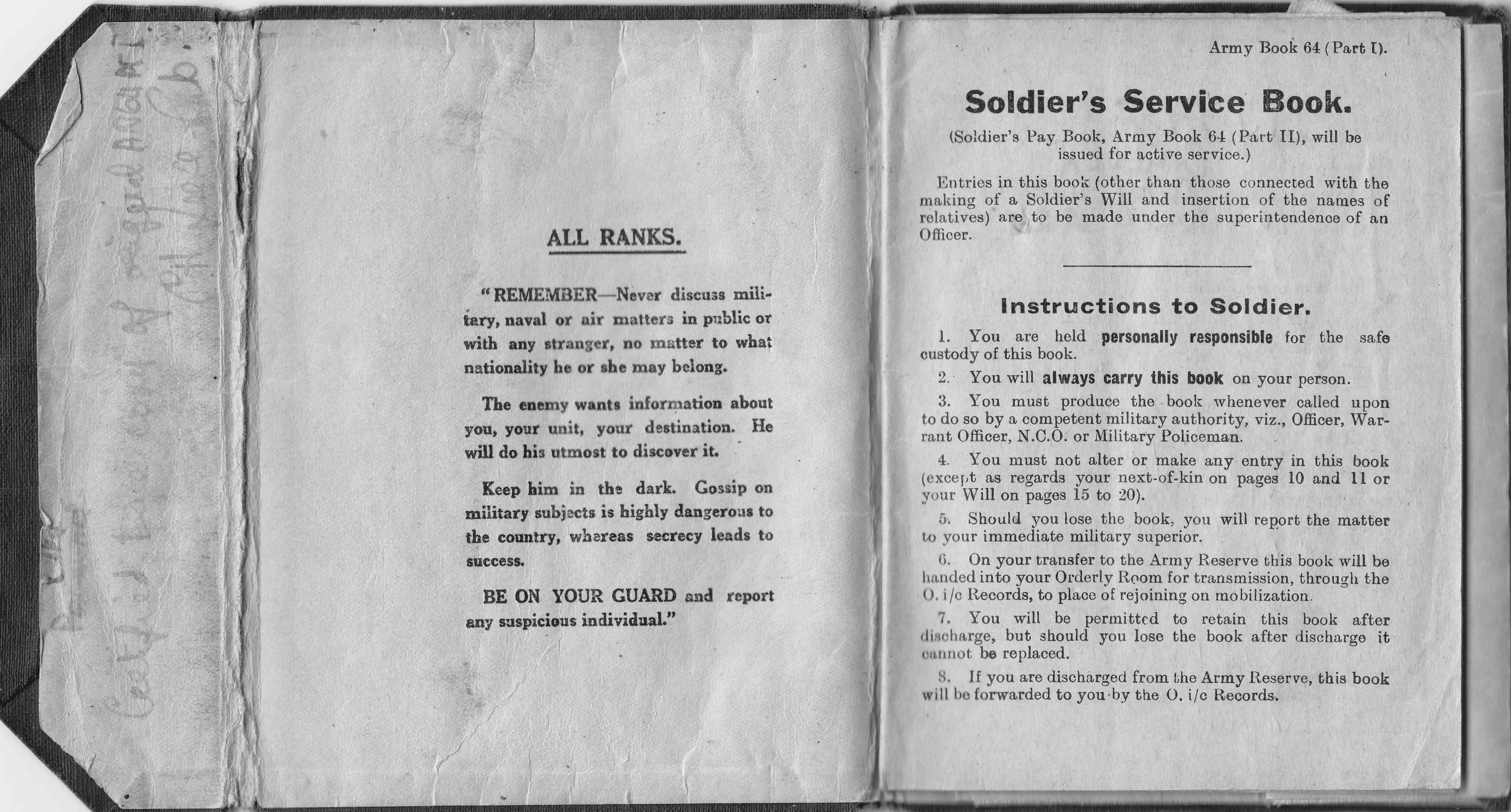 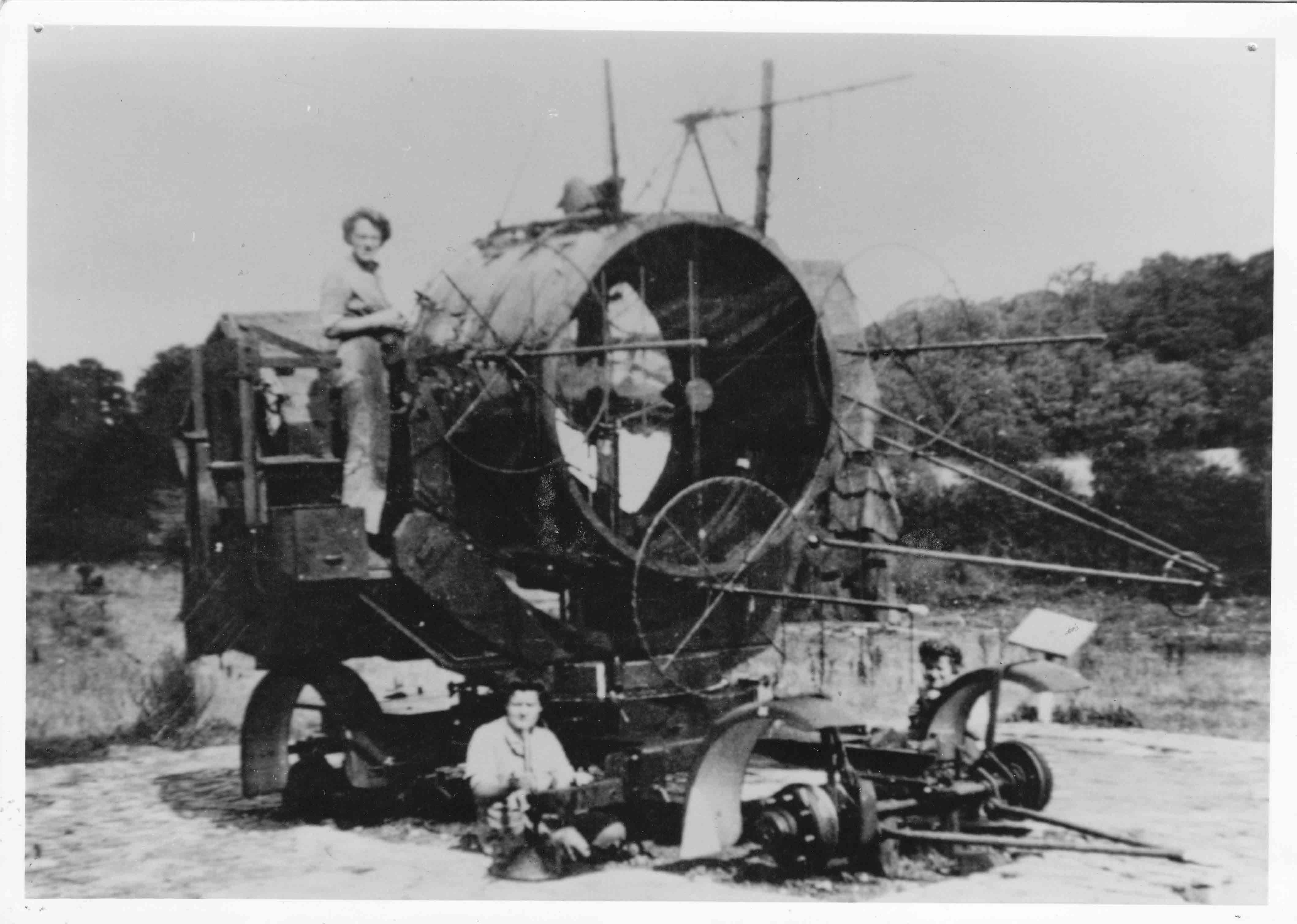 My name is Helen Jean Crawley.

I still know my army number 175650, it’s one of those things you never forget.

A lot of people want to call them spotlights, but they’re not spotlights, they’re searchlights, because you search the skies with them. And when the Number 7 threw the switch, the light would come on, and that was 12,000 candle power. Then at the back of the searchlight, there used to be tarpaulin sheet and two seats, one seat there and one seat there and you’d have like a little television set in front of you. It was called a cathode ray tube and there was a line across it, it was about 4 inches square and there was a line across it with a V in the middle and when we were searching, if a dot came in the V that meant you’d shout out, “on target!” and she’d throw the switch and hopefully light up a plane so that the Royal Artillery could shoot the plane down, or hope to.

We never used to get undressed at night because we just used to take our boots off and lie on the bed because when you had to stand to which meant enemy planes were on the way, you had to get on the equipment and you had 15 seconds to do it, so what we did was we just put our boots on and that was it. And sometimes we were out on that equipment to 3 or 4 o’clock in the morning. And we would be singing all sorts of songs, you know, “Show me the way to go home” and things like that, 3 o’clock in the morning, to keep awake. Then we would manage to get maybe a couple hours of sleep, then we had to get up and do the maintenance on the equipment, which had to be done every day, whether you’d slept or not.

When I first joined the army all the girls used to go out in the evening and they’d always land up in a pub. And of course I didn’t drink or smoke. I had a couple of drinks, and I must have had one too many one night because I got drunk. They helped me home, I had a girl each side of me helping me into the camp, and an officer was walking towards us, so they let go of me to salute the officer and I fell down in front of the officer. [Laughs]. Believe me that taught me a lesson. I go out with the girls, yes, but I had a lemonade.

We had to put up with a lot from the men and yet without us, as Mr. Winston Churchill said in one of his last speeches after the war, he said “without the women, we may have lost the war.”

When the bombing sort of stopped, you know, they didn’t know quite what to do with us. So the letter came around asking for volunteer dispatch riders, so I thought oh, I’ll be a biker, you know, and so I said “yes, I’d like to do it,” so they said, “okay fine,” and they sent me to North Wales again to do motorcycle training. And the men didn’t like us at all again, and they used to take us up these roads where everything, it was like the size of a hill and it was all loose gravel and stuff and they would come along beside us and push us off the bike so that we fell off right. Yeah, there was a certain way you can fall off the bike. Or they would throw the bike on the ground and you had to lift it up; I remember trying once and I thought, you know, I thought to myself and my anger took over, and I got down and picked the bike up and stood on it, and I was gone. [Laughs.]

I was riding through London one day and they gave us these big boots and great long overcoats and with the grime and that on the roads, you know, you looked dreadful, and crash helmets and big gloves. And the Union Jack Club is still in London to this day, and I thought I’ll call in the Union Jack Club and have a cup of tea, so I walked in there with all this on and ordered the tea, and then I went to the ladies room, and every girl in the army, every ATS girl I was going to say because we were the Auxiliary Territorial Service, this pocket on the left hand side of the jacket was reserved for powder, comb and lipstick. And I went into the ladies room, took off my crash helmet, and, you know, sort of made myself look halfway decent. And then I went out to have my tea and there were six or seven soldiers in there and within a couple of minutes I had three or four of them sitting at the same table as I was. I was a good looking blond in those days [laughs.] They just didn’t know it was a girl, you see, with the crash helmet on.

It left me with some very happy memories; I’d do it again in a heartbeat. I was very proud to be part of it.