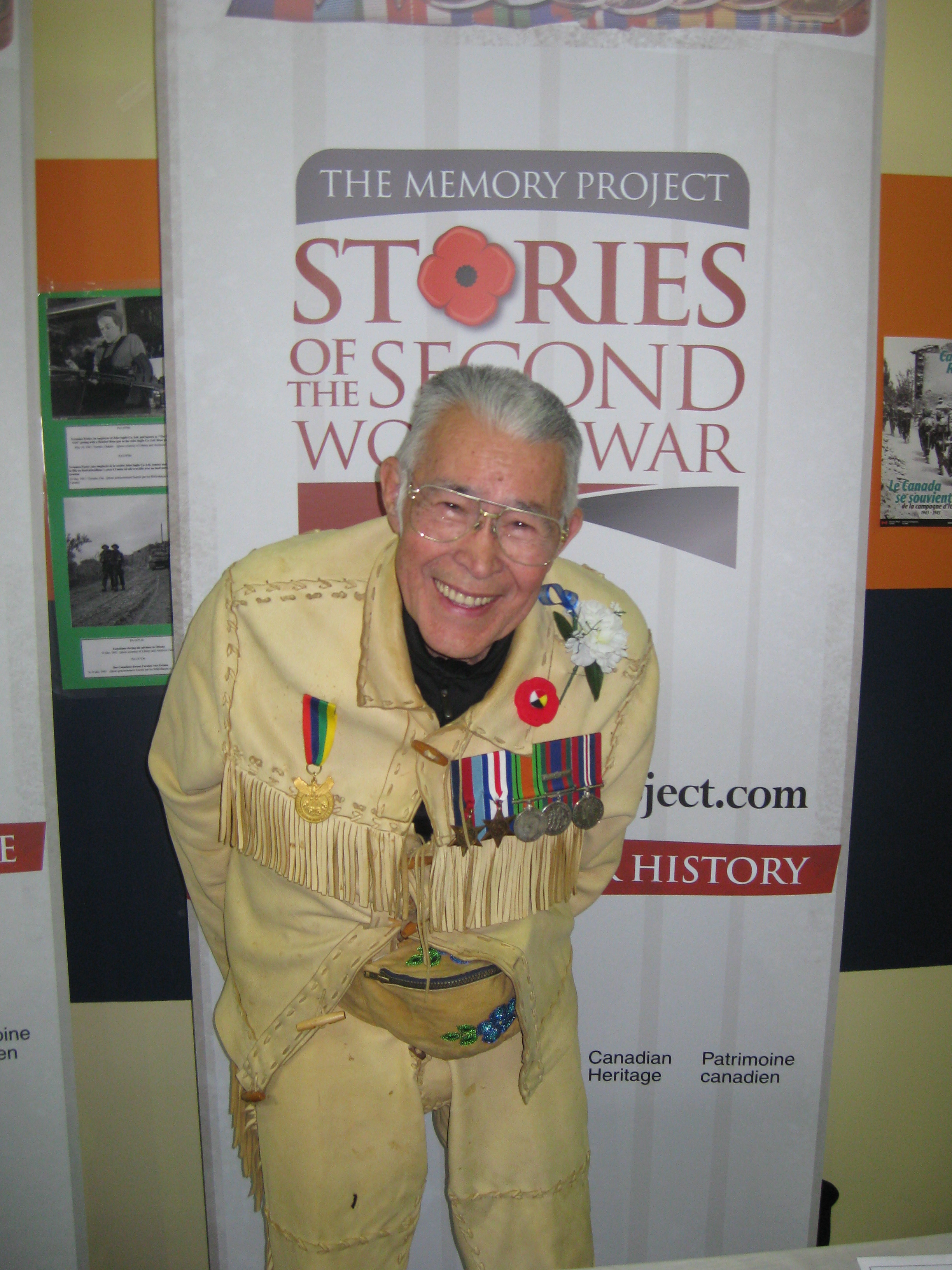 "I remembered that old poem, "Breathes there the man with soul so dead, Who never to himself hath said, This is my own, my native land!""

Before we went over from England, one of our truck drivers got sick and had to go to the hospital. So he’s in the hospital and they said, anybody here can drive a truck? I said, I can drive a truck, a crazy guy like me. I don’t know why I volunteered for that, but I did.

And I got to drive his truck. And it was a truck with a trailer behind it. Then we had telephone poles and I had a telephone pole trailer behind the truck and I wasn’t used to backing up a trailer or anything like that or driving a truck with a trailer on it either. But I knew how to drive a truck. Anyway, we got our stuff loaded on a boat in England. We were supposed to go into France the day after D-Day, but one of these flying bombers, things that they were sending over from Germany hit our boat in the night and destroyed the rudder on it or something, some part of it. But the boat was still floating in the dock there the next day, but they couldn’t drive it over to France, so we had to unload all our stuff and put it on another boat and then go over the next day after that. So we got in there three days after D-Day.

And then I was driving my truck onto the shore, right at the shore, they had a little place fenced off with barbed wire and everything; and they had a prisoner in there, a German prisoner. And I will never forget that, seeing that prisoner in there. And there’s a guy walking around outside of this prison thing, a guy walking around the outside playing bagpipes. And that German prisoner is walking as far away from that bagpipe as he can on the other side of the little fenced in place. [laughs] He’s walking to stay as far away from them bagpipes as he can. I thought that was kind of funny.

At the end of the war, they sent me and two other guys up to a place called Bad Salzuflen to set up a telephone exchange in a hotel. Beautiful hotel, beautiful place around it. And we got the telephone exchange all set up and the telephone lines working and everything, and we didn’t have anything to do. So we sat around for a couple of days waiting for some orders to come in and nothing came. So I said to the other two guys, I said, we might as well send this truck, we had one guy that drove the truck and the other two, me and this other guy were doing the work. I said, you go down to the ration depot and get enough rations to do us for three days, so we can get back to Antwerp. That first place we were at in Germany was Bad Salzuflen. And then 11 kilometres down the road is a place called Lemgo. And it was a big army camp that the Germans had had there.

And we moved into that and, and we had to set up a base for the, what they called the 2nd Echelon of the Canadian army. And the executive of the 2nd Echelon was in Bad Salzuflen. And the workers were down in Lemgo. And they’re all hooked up to the telephone lines right back to London. So we got in there and they set up a bunch of teleprinters [telegraphic instrument] and I think we had nine or 10 teleprinters and 120 telephone lines, and that on our exchange. And we had teleprinter operators. We had about 25 of them and they would work shifts; and keep the teleprinters working all 24 hours.

But that was one of the jobs that we did there. And then while we were there, after we got it all set up, all we had to do was kind of maintain it and then after the gang moved in and shortly after that, they sent me home. Going home was tiresome, waiting. [laughs] I went over to England and we waited there for about a month and a half for a ship to take me back to Canada. And we came home on a little ship called the [SS] Île de France. And it was a nice trip. The weather was good when we came back up. We had pretty good food on the boat, but I never was so happy as when I seen that skyline of Halifax coming over the horizon. It really looked good. I remembered that old [Sir Walter Scott] poem [“The Lay of the Last Minstrel”]: “Breathes there the man with soul so dead, Who never to himself hath said, ‘This is my own, my native land.’” Made me feel pretty good when I seen that, coming over the horizon.