The National Aboriginal Veterans Monument was created by sculptor and painter Noel Lloyd Pinay of Peepeekisis First Nation in Saskatchewan. Pinay is of Plains Ojibwe, Plains Cree and Sioux (Dakota) origins. He was commissioned by the National Aboriginal Veterans Association (now known as the Canadian Aboriginal Veterans and Serving Members Association) to create a bronze statue commemorating the sacrifices and valour of Indigenous peoples in Canada’s war efforts in the First World War, Second World War, Korean War and subsequent peacekeeping missions. (See also Indigenous Peoples and the World Wars.)

Pinay was inspired by the military service and heroism of his father, Noel Joseph Pinay, a paratrooper in the Canadian army during the Second World War. He also sought to bring attention to the forgotten sacrifices made by his father and other Indigenous veterans of Canada’s wars: “The monument is for my dad and other native vets who were stuffed into obscurity. Even though they had done outstanding things, they seem to have been ignored.… I consider that to be a major injustice.” Pinay, with the guidance of Indigenous elders, wanted to express the role that First Nations, Métis and Inuit played in “defending the country and defending freedom” in the 20th century and beyond.

Pinay, an experienced caster of bronze statuary, built the 6 m bronze and granite monument in several pieces in his Prairie workshop. He shipped it by rail to Ottawa for its assembly and official unveiling on 21 June 2001, National Aboriginal Day (now National Indigenous Peoples Day).

Artist Noel Lloyd Pinay created the monument using traditional symbols and values important to his Indigenous culture. For instance, the number four is prominent in the statue, representing four seasons, four directions and four stages of life. Also, four animal spirits are captured in the monument — a bear, wolf, buffalo and elk — representing traditional Indigenous animal “spirit guides.” Pinay believes that the golden eagle in the sculpture represents “the messenger between the Creator and man,” while all four animal spirits guide warriors in their pursuit of victory on the battlefield. The golden eagle also represents the thunderbird, a traditional symbol of the Creator and Creation. It sits atop the statue, uniting and guiding those below.

There are also two male and two female human figures in the sculpture, representing the many contributions of Indigenous men and women to Canada’s wartime efforts and peacekeeping operations. In their hands, they hold both symbols of war and spiritual objects, such as an eagle fan and a peace pipe, recognizing the balance between peace and war.

The inscription on the monument speaks to the dedication, bravery and sacrifice of Indigenous soldiers serving Canada since the First World War. It reads, in part:

Many thousands of Aboriginal people saw action and endured hardship in the First and Second World Wars and the Korean War. They served with honour and distinction in all branches of the service and in every rank and appointment from Private to Brigadier. They fought overseas to defend the sovereignty and liberty of allied nations, in addition to supporting the cause at home. Their dedication continues in peacekeeping operations in faraway lands.

Indigenous soldiers, nurses and civilians have made important contributions to Canada’s war and peacekeeping efforts in the 20th and 21st centuries. Historian Timothy Winegard has revealed that more than 4,000 Status Indians, of a total 1914 population of only 103,774, served in the Canadian Expeditionary Force during the First World War. A further 4,250 Status Indians enlisted in the Second World War, including 72 women. Hundreds of Status Indians died on the battlefield during the two world wars, with many more seriously wounded. This includes Edwin Victor Cook of the ‘Namgis First Nation, a decorated soldier killed in battle in 1918.

The above figures do not include the estimated thousands of Métis, Inuit and Non-Status Indians who volunteered and fought in Canada’s wars without official recognition of their Indigenous ancestry during the 20th century. In 1916, for instance, a Winnipeg newspaper noted the enlistment of 30 Métis soldiers from Qu’Appelle (Saskatchewan) to the Canadian Expeditionary Force. Many of these soldiers sacrificed their lives in battle, including Métis sniper Henry Norwest and Inuit sniper John Shiwak.

Like their First Nations counterparts, Métis and Inuit men and women enlisted for many reasons, including loyalty to Canada and/or the British Crown, adventure, regular employment and pay mostly unavailable to Indigenous peoples, and the desire to revive the warrior traditions and glory of their ancestors. They enlisted despite facing persecution and discrimination at home, unable to vote in federal elections until the 1960s. They fought and died for Canada but did not enjoy the same privileges and rights of Canadian citizens afforded to non-Indigenous Canadian soldiers. (See also Indigenous Suffrage.)

Did You Know?
Yann Castelnot, a French-born, Quebec-based amateur historian, has spent the past two decades researching the names of more than 154,000 Indigenous soldiers that have served with the Canadian and American armed forces in wartime since the 1890s. Castelnot has uncovered the names of 14,800 Indigenous people that served in the Canadian armed forces during the First World War and Second World War, thousands more than previous estimates. For his efforts in identifying and honouring the Indigenous soldiers who contributed to the Canadian war effort in the world wars, Castelnot was awarded the 2012 Queen Elizabeth II Diamond Jubilee Medal and the 2017 Sovereign’s Medal for Volunteers (both awarded by the Governor General of Canada), as well as a Minister of Veterans Affairs Commendation in 2017. Luc O’Bomsawin, an Abenaki veteran from Odanak, Quebec and founding president of the Aboriginal Veterans of Quebec Association, says that Castelnot’s work “is essential…The figures that he puts on are a lot more serious than what I’ve seen up to now.”

The National Aboriginal Veterans Monument is the first monument dedicated to Indigenous veterans who fought for Canada in wartime, in addition to those who have served in numerous peacekeeping missions. Today, there are more than 2,500 Indigenous soldiers in Canada’s armed forces, continuing a tradition of military service going back more than a century. 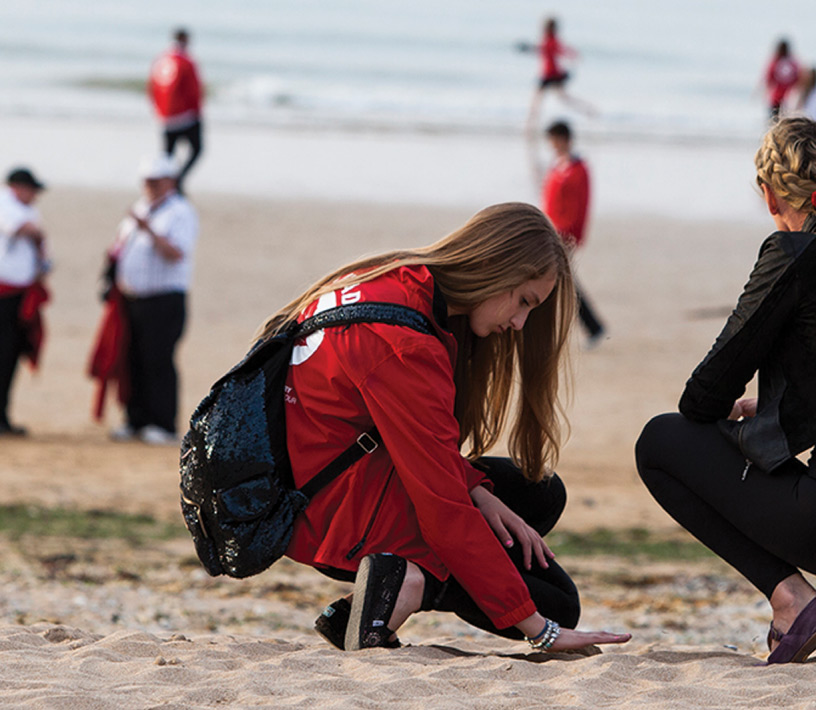