"A lot of us, it was getting out of doing housework for $5 a month. That was the truth. That’s what we did. We worked for $5 a month and got Wednesday afternoon off"

"A lot of us, it was getting out of doing housework for $5 a month. That was the truth. That’s what we did. We worked for $5 a month and got Wednesday afternoon off" See below for Mrs. Peat's entire testimony. Please be advised that Memory Project primary sources may deal with personal testimony that reflect the speaker’s recollections and interpretations of events. Individual testimony does not necessarily reflect the views of the Memory Project and Historica Canada. 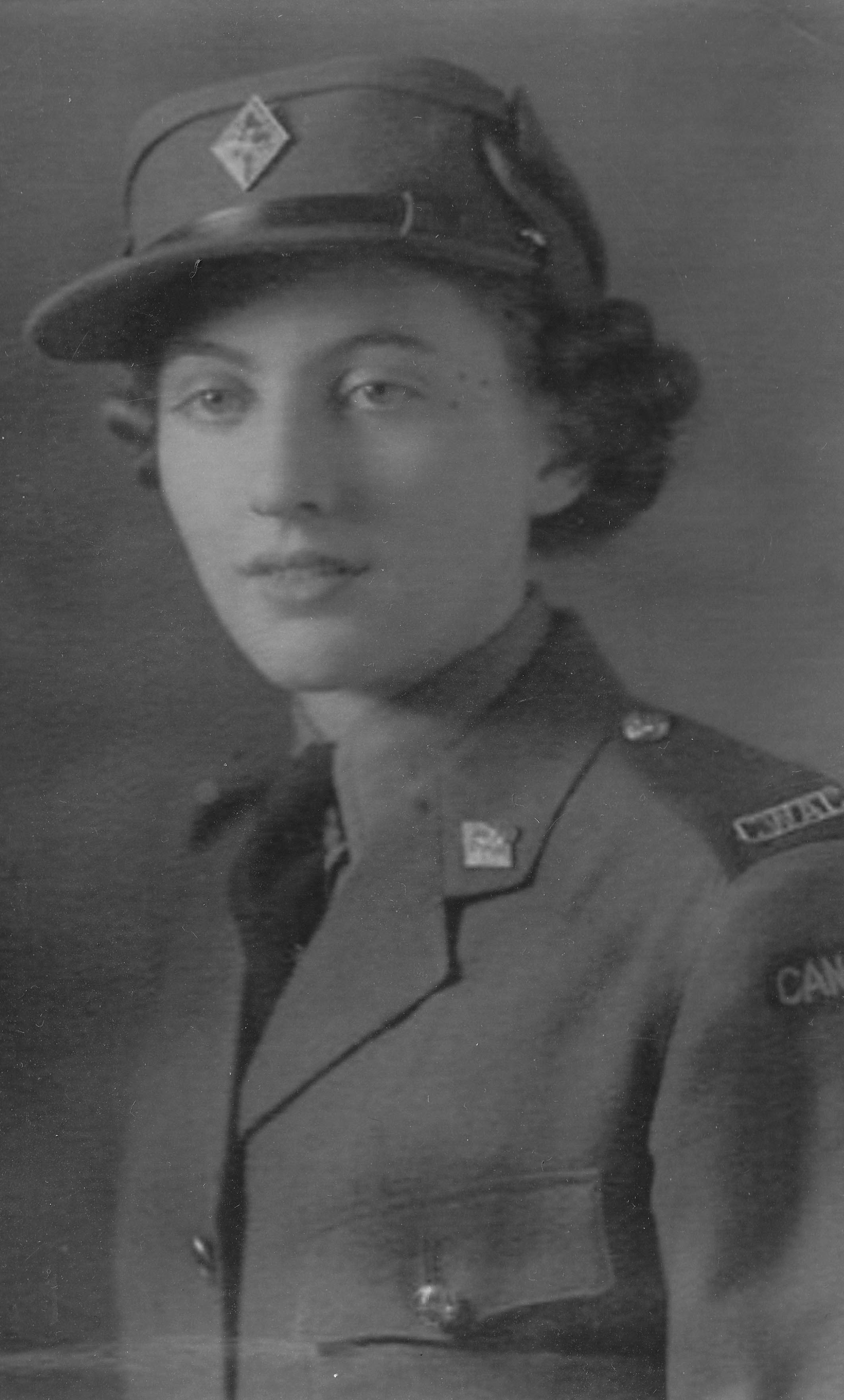 I’m Olive Matthews, Olive May Matthews, Peat is my married name and I was born in Emerson, Manitoba, 1923. I guess I joined because my two brothers had been taken POWs in Hong Kong, and I never got to see them before they left. And so I joined up.

Jeez, we all wanted to go, and we had, I had gained the rank of sergeant because I was a sergeant in that company and, but you had to revert to the rank of private to go overseas because you were joining another army. But I finally got my stripes back after two, or nearly two years overseas.

We spent a little bit of orientation at Camp Aldershot in England. That’s where we went to and we were there for about three weeks or two weeks I guess, something like that. I can’t remember how long. And then I was based, posted, to what they called MS4A in CMHQ in London, England, at Canada House. That’s where CMHQ was, right at Trafalgar Square. And that’s where I served all the time.

A lot of us, it was getting out of doing housework for $5 a month. That was the truth. That’s what we did. We worked for $5 a month and got Wednesday afternoon off or Thursday afternoon was maid’s day off. And I went over in October ’44 and I was there from ’44 until I came back in May ’46.

Anybody wanted to know where an officer was, they phoned our office. And you know what Part Two Orders are? Well, you get Part One Orders and that’s just things that are going on daily. Part Two Orders is when you’re taken on strength of one unit, struck off strength of another and you’re killed in action, injured in action, missing in action and that’s what we had to write in on these little strips, they were about that long. And they were what they called a RODA . And we had to keep changing those as the Part Two Orders came in. We had, like we had every, all, all the officers listed, you see, and that’s what we did, we looked after. So if anybody wanted the most recent location of an, of an officer, they come to our department.

And like every company or every unit, like you know, red, Army Service Corps or the Regina Rifles or something like that, every one of those units put out their own Part Two Orders. And it was Part Two Orders and we’d come in and we’d have stacks of Part Two Orders like that come in, because they wouldn’t be able to get shipped and then all of a sudden, we’d get a big stack of them like that. And then we’d have to stay and do those and we’d work until 11:00 at night lots of times. And no overtime.