"When I first joined up, I was rated as a boy soldier because I was 17. Yeah, it was 50 that we were together quite a bit of the time."

"When I first joined up, I was rated as a boy soldier because I was 17. Yeah, it was 50 that we were together quite a bit of the time." See below for Mr. Lundmark's entire testimony. Please be advised that Memory Project primary sources may deal with personal testimony that reflect the speaker’s recollections and interpretations of events. Individual testimony does not necessarily reflect the views of the Memory Project and Historica Canada. 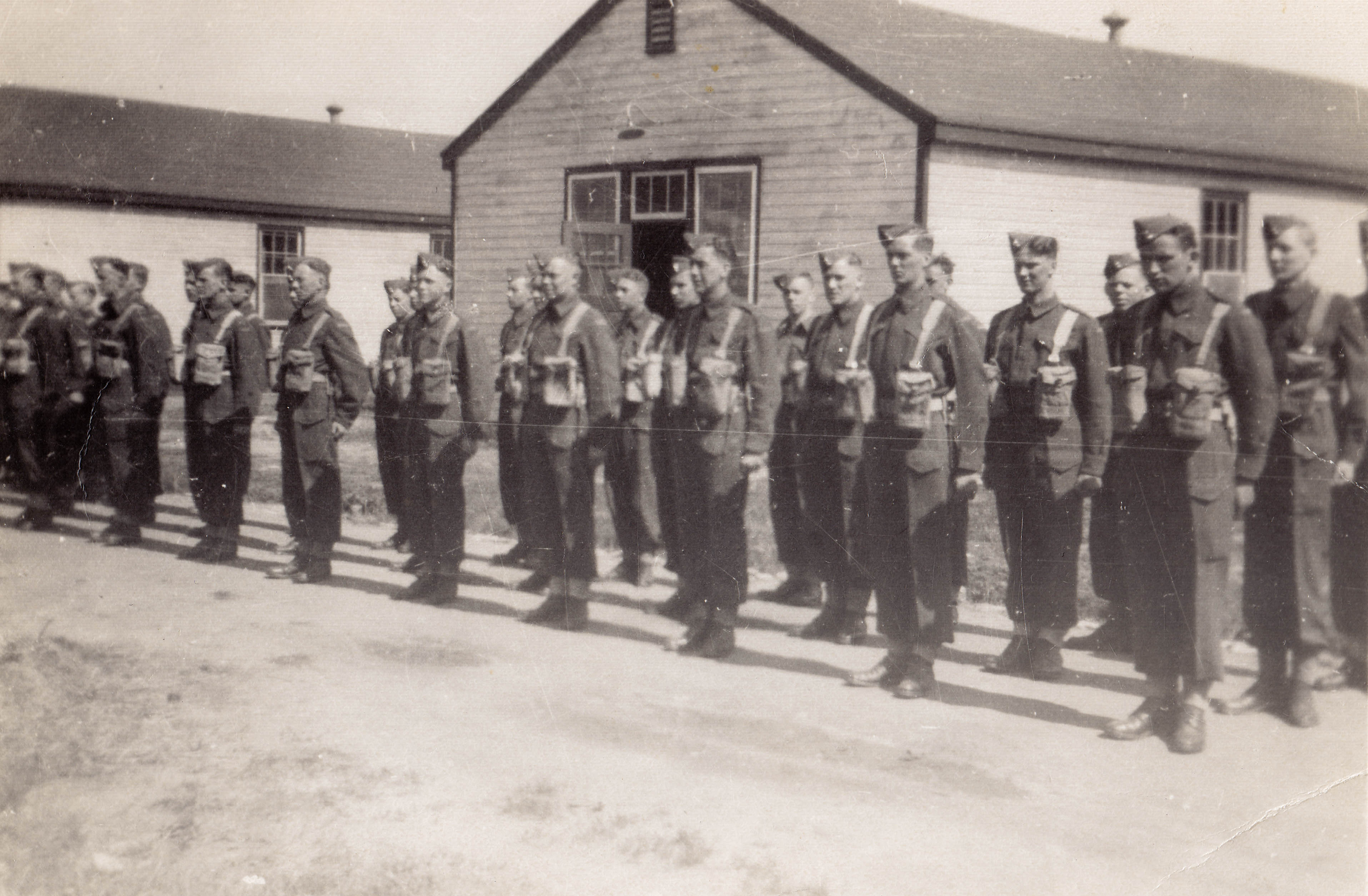 I was born in Buchanan, Saskatchewan, on January 2nd, 1927. In 1944, the first of December, my dad had to sign papers but I decided to join the army. Being from a small town and everything, I had to go to Regina and I can still remember when I got in the station, I was looking around this great big station, this great big sergeant in the army walked up to me and he asked me if I was looking to join up, and I said, yes, I was. Of course, then he made arrangements to take me out to the place where I did sign up. When I first joined up, I was rated as a boy soldier because I was 17. Yeah, it was 50 that we were together quite a bit of the time. There wasn’t any particular unit that we were at. We were just trained as whatever we were trained at and we went together, if the war had increased, lasted longer, we would have been posted to a unit. I was sent to Saskatoon on the 5th of March and I took a mechanics course, motor mechanic. Well, there were diesels and bigger truck motors which we tore apart and got working again, and I was there until the 31st of May. From there, we went to Woodstock, Ontario. We there until June the 9th until 23rd of July, where we took driver training. Travelled around Ontario quite a bit with our trucks and stuff, and if we had any problems or anything, we had to fix them up and everything. On the 6th of August, I joined up, volunteered for the Pacific War. Actually, they come around and ask if anybody wanted to sign up for the Pacific theatre of war there. I signed up for the Pacific and then I was a qualified driver mechanic by that time. We were in Hamilton when the war ended, I know that. I remember the big party that went on. Well, the whole town was wide open. Hamilton, there was big parades and lots and lots of parties. So I remember it was quite a wild do. It was very enjoyable. I enjoyed, I had the excitement of going to different places. You know, I went from one coast to the other pretty near and on different things. And it was a real learning experience as well as meeting a lot of wonderful people and doing a lot of different things that I would never have done had I stayed at home. And I’m sure after I got discharged, I had a different idea on life altogether, so, doing things that had I not been in there, I would never have done.