"Those aircraft with 12, either 12,000 or 16,000lb of bombs they were carrying; 2,154 gallons of high octane fuel. When they got hit, it was all over right now, you know. That's something, I guess, that you kept in the back of your mind." See below for Mr. Millard's entire testimony. Please be advised that Memory Project primary sources may deal with personal testimony that reflect the speaker’s recollections and interpretations of events. Individual testimony does not necessarily reflect the views of the Memory Project and Historica Canada. 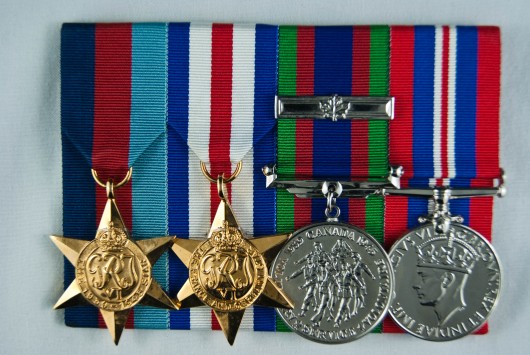 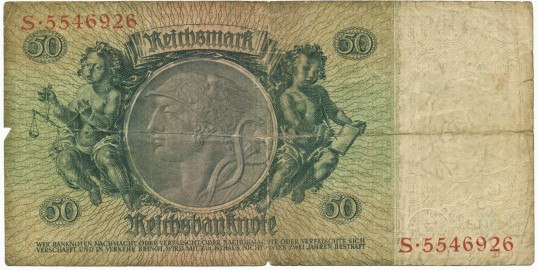 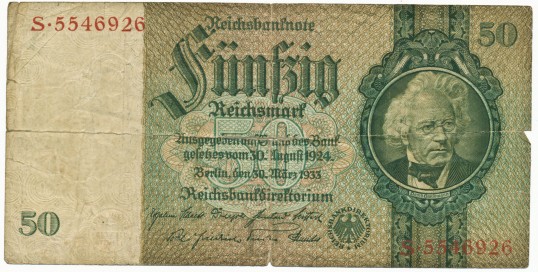 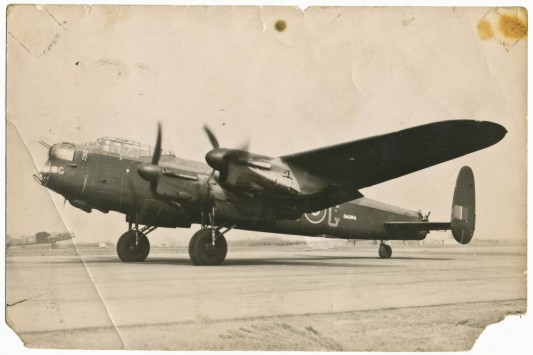 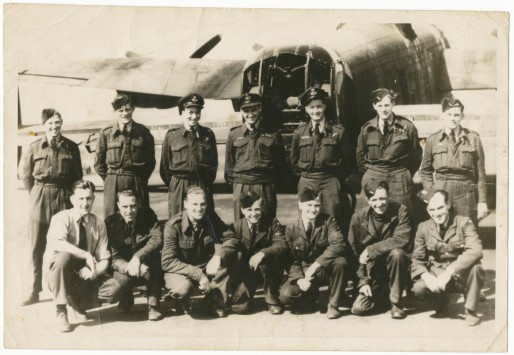 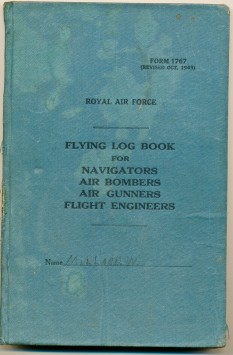 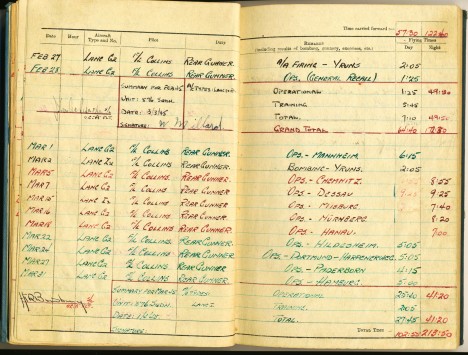 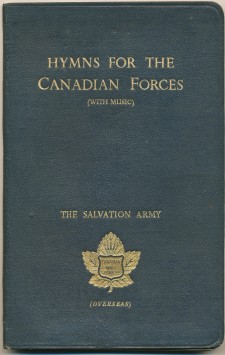 We took our basic training when we joined up in Toronto at [No. 1] Manning Depot. And then we went from there to different stations. We took our gunnery school in Prince Edward Island, did aptitude tests, you know, and I didn't have a lot of education and the ones with higher education, you know, figured things out quicker, I suppose, became pilots and the ones that didn't were other parts of the air crew. See there was - the aircraft we flew in was a [British Avro] Lancaster Bomber, four motors. To today's aircraft, it wouldn't be big, but it was big then. It was 83 feet long and I think it had a 102 foot wingspan. It carried 12,000lb of bombs; full loaded fuel was 2,154 gallons. And they - but it was capable of more than that in bomb load. And I didn't ever fly in one, but they modified 18 or 20 Lancasters. They cut the main spire off that held the wings together and arched it up into the aircraft to make room for the bomb and they carried a 22,000lb bomb. That's a lot of high explosives. What they were designed for was bombing the submarine pens in the coast of France and that's what they used them for. But they did use them for some other things too. We went in in Scotland in Loch Ness. I think the reason for that was to get farther away from the German bombers. We went down to the south part of England near the Midlands. And we did our training there like - or more training. I was on 576 Squadron near Fiskerton, a little place in the Midlands. It wasn't - actually the nearest city was Lincoln. See, I was RCAF for our [Royal] Canadian Air Force, but we were attached to One Group [No. 1 Group], Bomber Command in the RAF [Royal Air Force]. And our - the commander of One Group was Air vice-marshal, they called him Air Vice-Marshal Bomber ‘Butch’ Harris [Sir Arthur Travers Harris, Air Officer Commanding-in-Chief of RAF Bomber Command] and they used to refer to us as Butch's boys. And we did a lot of long trips. I don't know what the reason for it was, but One Group did a lot of long trips. And I was on the raid to Dresden [the bombing of Dresden, 13-15 February, 1945]. We're still talking about that when they burnt the City of Dresden. And we were in the airborne for nine hours and 30 minutes. That's a long time just sitting in the [tail] gun turret. See, they bombed it at - the Americans bombed […]. I think at about 6 o'clock in the evening and Six Group [No. 6] Canadian Group [Handley Page] Halifax's [bombers] bombed it at 9 o'clock and they were using high explosives. It was actually some kind of a scientific experiment and what they were supposed to be doing apparently was breaking up the atmosphere to make the fire burn better. And we went in at midnight with our H-Hour. We were loaded with incendiaries, those phosphorous fire bombs and all those aircraft, that's all they carried. There would be millions of them and that's what we were driving. That's what started the fires, of course. Now you apparently can't put those things out by putting water on them. You have to pile sand on them. And where do you find enough sand to pile on a few millions of those things. It just doesn't happen. But it practically burned the City of Dresden, but we were airborne actually in the air for nine hours and 30 minutes. We'd come out of it pretty good. We got hit once by a fighter and once by anti-aircraft fire. One of our big things was anti-aircraft fire over the target. It was, you know - they were exploding in the air all the time like - but we went in high, probably 17,000 or 18,000 feet, which was high for that 70 years ago, you know. And the reason for that was to try to get up where the anti-aircraft fire wasn't that accurate so that was the reason for it. Oh, yeah, you had to put oxygen - the gunners put their oxygen on at the ground even when you left. The rest of them put it on, I don't know, at 2,000 or 3,000 feet. It was - well, the rest of the crew upfront would be in a heated area, you know, where there was some heat, but the gunners, especially the tail gunner where I was, there was no heat back there. It would be at 18,000 feet sometimes maybe 40 below zero. Those aircraft with 12, either 12,000 or 16,000lb of bombs they were carrying; 2,154 gallons of high octane fuel. When they got hit, it was all over right now, you know. That's something, I guess, that you kept in the back of your mind. If we get hit with a lowdown, it’s going to be quick, you know, because it was quick. I remember one trip to Holland. It was - the Germans had taken over the town of Kleve and the army asked for help. They'd been trying to take it for two weeks and they couldn't do it. And they wanted some - wondered if the Air Force could soften it up for them. Well, it was a town of, oh I don't know, maybe 30,000 [inhabitants]. It wasn't a big city. It was just sort of about 30,000 and they put over 200 heavy bombers on it. I didn't know this at the time until after, but my brother was on a hill back about 1,200 yards from the town and the biggest trouble they had the next day, they couldn't go through the towns; they had to go around the outside to look for bomb craters.