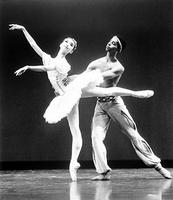 The National Ballet School of Canada (NBS), based in Toronto, is an independent residential and day school for students from grades 6 through 12 offering an integrated program of academic studies and dance instruction for about 150 full-time students. The curriculum is carefully designed to provide a balanced education for those contemplating a professional dance career while also providing an enriched experience for those who may decide to pursue other careers. In addition to its regular program, NBS offers a special intensive ballet program beyond grade 12, a summer school that also functions as an extended audition, and an acclaimed teacher-training program. The school endeavours to be accessible to all talented children through a program of bursaries and scholarships for which it actively solicits private support to supplement its now diminished public funding base. Annual auditions for admission are held in over 22 centres across Canada. Students from abroad are also eligible for admission, and historically NBS has attracted a significant number of foreigners.

NBS is widely regarded as one of the world's leading dance education establishments. Its students have distinguished themselves as prizewinners in a number of prestigious international ballet competitions. Over the years NBS graduates have provided the National Ballet of Canada with some of its finest artists, including Martine Van Hamel, Veronica Tennant, Karen Kain, Frank Augustyn, Kevin Pugh, Rex Harrington, Martine Lamy, John Alleyne and James Kudelka. Although formally separate institutions, a close association has always existed between the school and its original parent organization, the National Ballet of Canada. Students have regularly appeared where required in National Ballet performances and the school remains a major recruitment centre for the company.

The school was founded in 1959 by the company's then-artistic director, Celia Franca. Betty Oliphant, its founding principal, was charged with running it. In 1961 the school acquired its own charter as an independent organization, and despite its function as a feeder school for the National Ballet its graduates have often gone on to dance with leading ballet troupes around the world. From small premises in a former Quaker meeting house in downtown Toronto, under Oliphant the school expanded impressively on two main sites to include several large studios, classrooms, a theatre, swimming pool, physiotherapy centre and modern residence block. In recognition of the unusual stresses placed on students in what amounts to an educational hothouse, the school has always placed great emphasis on providing students with professional counselling and career guidance as needed. Under Oliphant, the school developed training techniques that placed great emphasis on an unmannered purity of movement that could adapt itself to the increasingly diverse requirements of today's choreographers.

Mavis Staines was associate director from 1984 and succeeded Oliphant as artistic director and ballet principal in 1989. In 1988 the school opened the Betty Oliphant Theatre, a new training and performance facility on Jarvis Street, in tribute to its first artistic director. Staines has since conducted a thorough review of the school's training methods in recognition of the rapidly changing nature of the dance world and of the extreme stylistic range, from cutting-edge contemporary dance forms to traditional classical ballet, expected of graduates as they move into professional careers. Staines has slowly revamped the dance syllabus to integrate elements drawn from a number of respected ballet training systems, including the famous Russian Vaganova syllabus. She has also placed greater emphasis on modern dance instruction by appointing Peggy Baker as artist-in-residence. In November 1999 the school celebrated its 40th anniversary by hosting Not Just Any Body, an ambitious international conference on the health and welfare of dancers that, via live video link, brought together experts in Toronto and The Hague, Holland. Staines has been successful in building other productive international connections, and currently serves as president of the artistic committee of the respected Prix de Lausanne.

In 2000, NBS's executive director Robert Sirman began an ambitious capital campaign, Project Grand Jeté, to build new studios and residences on Jarvis Street. The impressive Celia Franca Centre was opened in 2005 and stands as a testament to Sirman's public and private fundraising abilities. Sirman left NBS in 2006 to direct the Canada Council for the Arts and was replaced by Jeff Melanson, who put a greater emphasis on NBS's outreach activities.