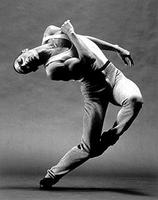 Les Ballets Jazz de Montréal was for many years one of Canada's most popular and internationally travelled troupes, performing 100 shows annually all over the world.

The company's generally accessible repertoire was rooted in a style of jazz-dance that blended traditional ballet technique with loose-hipped, more percussive and syncopated movement at times reminiscent of American show- dancing. The policy, loosely interpreted, was to perform only to jazz music or music with rhythmic elements derived from the jazz tradition. The company's overtly populist leanings often caused it to be held in disdain by Canadian critics and by proponents of less accessible forms of "art-dance." For many years Les Ballets Jazz was excluded from federal funding and largely supported itself on box-office revenue. At the same time it was able to profit from the popularity of jazz-dance by operating a number of commercial schools. By the 1990s, however, Les Ballets Jazz at times seemed out of step with evolving tastes in dance, and although it retained a loyal following the company for many years had difficulty in projecting a clear identity.

The company was formed in 1972 by Eva VON GENCSY, Geneviève SALBAING and Eddy TOUSSAINT with a nucleus of dancers from the school founded in 1962 by von Gencsy, a noted exponent of jazz dance in Montréal. Toussaint left within 2 years to establish his own troupe and by 1977 von Gencsy had largely withdrawn into freelance teaching and choreography, leaving Salbaing, originally the company's administrator, as sole artistic director.

Under Salbaing the repertoire became more varied and the company embarked on long tours in Canada and abroad, performing in major world cities and small communities alike. Its tours have taken the company across North and South America, Australia, Russia, Africa and throughout Europe.

Sensing the need for fresh leadership Salbaing decided to relinquish her position, and William Whitener served as artistic director-designate from November 1991 to June 1992, working under Salbaing's supervision. Whitener, a celebrated American dancer and promising choreographer, was in the process of redefining the company's image when he was lured away to become artistic director of the ROYAL WINNIPEG BALLET in November 1993. Company member Yvan Michaud was acting artistic director until July 1, 1994, when Argentina-born choreographer Mauricio Wainrot assumed the post. Wainrot resigned within a year and Michaud was subsequently confirmed as artistic director. He was replaced by Louis ROBITAILLE in September 1998. Under Robitaille Les Ballets Jazz has continued to evolve away from its jazz-dance roots to become a more artistically diversified contemporary ballet troupe. The company's historic name no longer encompasses the stylistic range of work the troupe performs.

Robitaille increased dancers' employment from 38 to 42 weeks and continued to tour BJM for an average of 4 months a year instead of the historical maximum of 6. He introduced a new generation of choreographers to audiences, with a repertoire heavily favouring Canadians such as Shawn Hounsell, Dominique Dumais, and longtime company dancers Susan Gaudreau and Edgar Zendejas. Some of the company's greatest successes in the new millennium were by Canadians Crystal PITE and Aszure Barton, who then were on the verge of international acclaim. Although it preferred to "discover" choreographers on their way to international acclaim, occasionally BJM's devotion to contemporary dance worked against it when it found itself in competition with other companies for works from better-known choreographers like Italy's Mauro Bigonzetti.

Throughout its history, BJM has maintained its feel-good image not only through its choice of works but through its greatest asset, its always-effervescent dancers.

In 2008 the company changed its name to bjm danse Montréal. The attempt to be hip and modern caused confusion and in 2011 it adopted a combination of the old and new, becoming BJM - Les Ballets Jazz de Montréal.

In 2012, BJM celebrated its 40th anniversary with 18 months of performances around the world and across Canada, led by a new commission from young Israeli-American choreographer Barak Marshall.