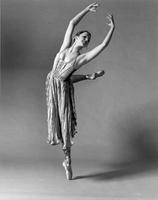 Theatre Ballet of Canada was a chamber troupe based in Ottawa. Much of its repertoire consisted of works in a neo-classical style of ballet choreographed by its founding artistic director, Lawrence GRADUS. The company was established in 1980 with dancers drawn largely from Entre-Six Dance Company (Montréal, founded by Gradus and Jacqueline LEMIEUX-LOPEZ in 1974) and an administration from Ballet Ys (Toronto, founded by Gloria Grant in 1976).

The new company made its debut at the NATIONAL ARTS CENTRE in February 1981 and toured Canada and abroad. Despite high hopes for its development under Gradus its popularity waned in the later 1980s and Gradus left in 1989. His successor as artistic director, Frank AUGUSTYN, changed the company name to OTTAWA BALLET and worked hard to put its finances in order and to give the troupe more solid roots in the Ottawa area. The company continued to tour under Augustyn, who also broadened its repertoire. Augustyn resigned in September 1994 and the company suspended operations soon after.