Amundsen, one of history's greatest explorers, was the first to complete the Northwest Passage (courtesy Bancroft Library, University of California, Berkeley). 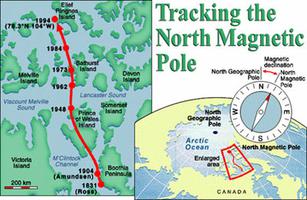 The North Pole is the Earth's northernmost geographic point, located at the northern end of the Earth's axis. The pole lies in the Arctic Ocean more than 720 km north of Ellesmere Island at a point where the Arctic Ocean is 4087 m deep and usually covered with drifting pack ice. The pole experiences 6 months of complete sunlight and 6 months of night each year; from it, all directions are south. Because the Earth's surface areas near the North and South poles receive the sun's rays at the most slanted angle, they absorb the least heat. Centrifugal force causes the Earth to bulge outwards at the equator; hence, it is slightly flattened at the poles. However, during the International Geophysical Year (1957-58) it was found that the Earth is very slightly pear shaped, with the North Pole at the smaller end. This bulge (about 15 m high) covers millions of square kilometres around the pole.

The North Pole did not become a goal of Arctic Exploration until fairly late; the few early expeditions that tried to reach it were looking for a polar route to the East rather than for the pole itself. W.E. Parry left Spitsbergen to try to reach the pole in 1827 and attained 82°45'; further expeditions, American and British, took place in the 1860s and 1870s. It is widely accepted today that the pole was first reached by the American explorer Robert E. Peary, who started from Ellesmere Island on 1 March 1909. With Peary on his final dash were his dog driver Matthew Henson and 4 Inuit. It is claimed that they arrived at the pole on April 6 and remained there 30 hours. A competing claim was made by F.A. Cook, a former traveller with Peary, who said he had reached the pole on 21 April 1908 and had remained there 2 days.

The controversy still continues, but Peary's claim seems the more valid and has been accepted by the US Congress and geographical institutions in many countries. In 1926 Richard E. Byrd and Floyd Bennett made the first airplane flight over the pole; in the same year, it was reached by dirigible by the international team of Roald AMUNDSEN, Lincoln Ellsworth and Umberto Nobile. The pole was visited by the US nuclear submarine Nautilus in 1958.

Since 1907 various Canadians have invoked what is known as the "sector principle" as a possible legal basis to a claim for sovereignty in the polar region. By this claim Canada would have jurisdiction over a wedge-shaped segment between the line of longitude 60° west of Greenwich (north from a point on the meridian that is near Ellesmere Island) and the meridian 141° west of Greenwich (forming the border between the Yukon Territories and Alaska); these meridians converge (as do all meridians of the Northern Hemisphere) at the North Pole. The theory has not received general acceptance as a legal basis for a claim. 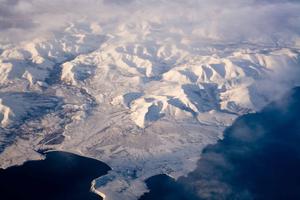 The North Pole is also the mythical home of Santa Claus. As a public service, Canada Post and its unions provide mail service to Santa at the North Pole, Canada, HOH OHO. 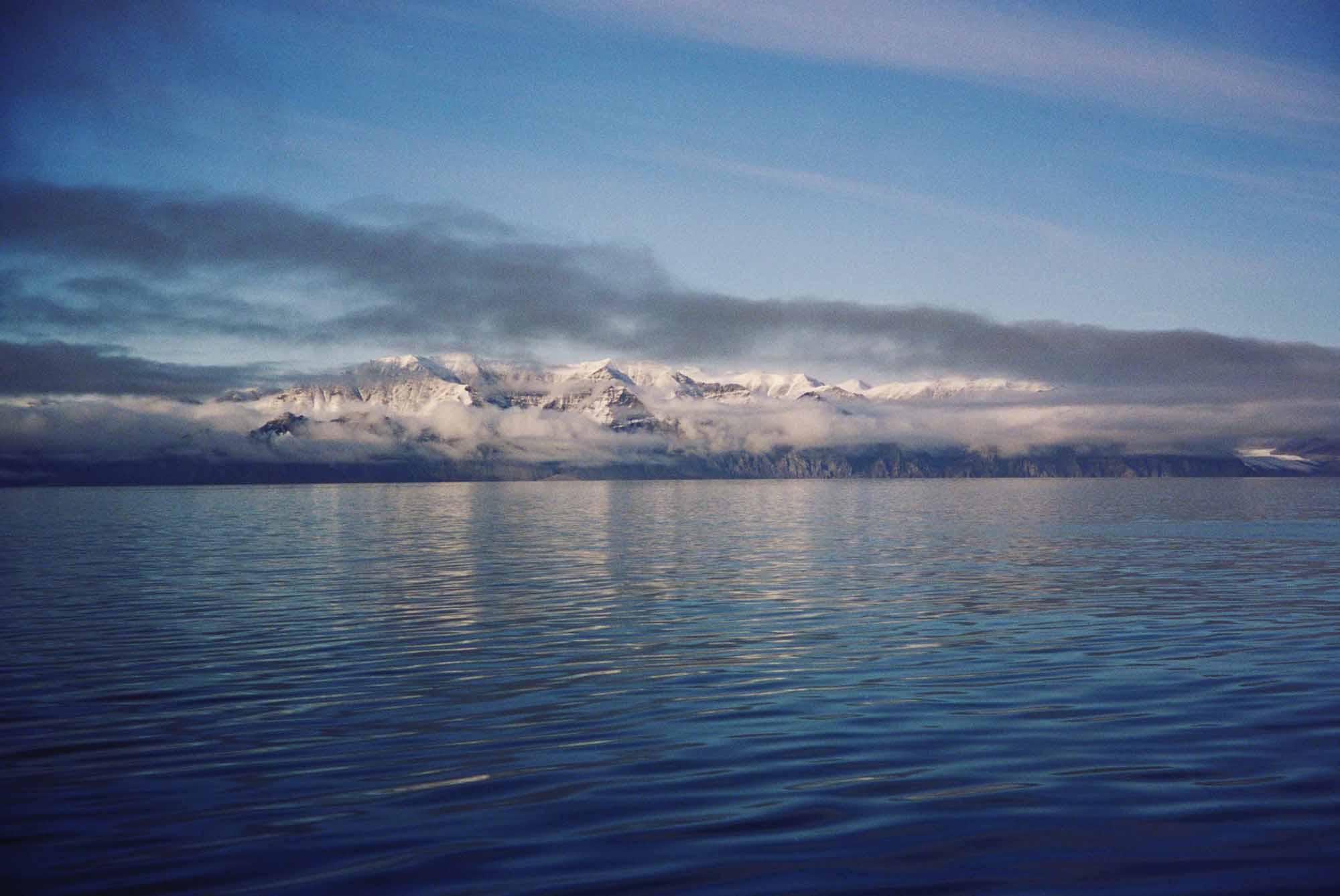