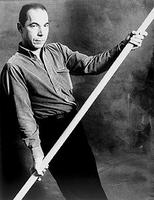 Peter Randazzo, dancer, choreographer (b at Brooklyn, NY 2 Jan 1943). He joined the Martha Graham company in 1962 and went on to create roles in several of her works. In 1968 he left to co-found TORONTO DANCE THEATRE with Patricia BEATTY and David EARLE. The most prolific choreographer of the TDT triumvirate, Randazzo has observed close movement ties with his great teacher. His style, distinctively sharp, angular and staccato, is best seen in his dramatic earlier works. Later choreographies have revealed a darkly comic side and relied more on pure movement for their impact. In 1986, the TDT played his Rewind during a week-long engagement in Toronto's Premiere Dance Theatre, and in 1987 the TDT's show Mystery, Mayhem & Mozart included his L'assassin menacé, a piece of choreography based on a Magritte painting, which is described as a TDT classic.
×