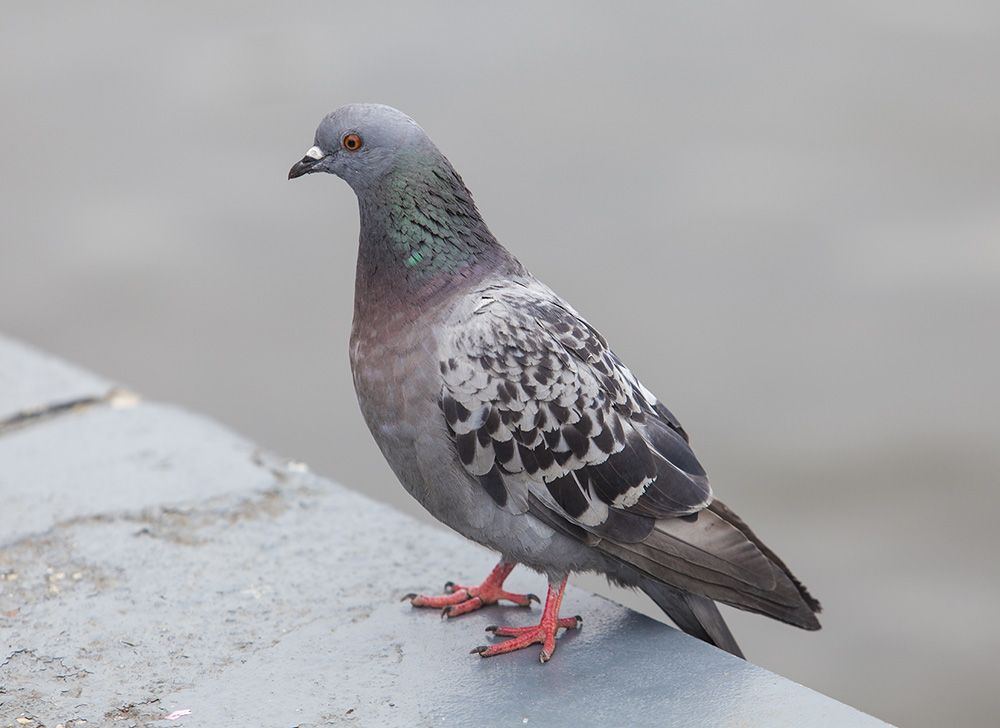 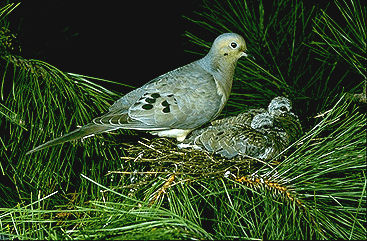 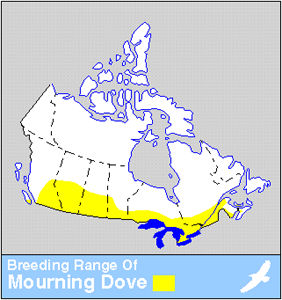 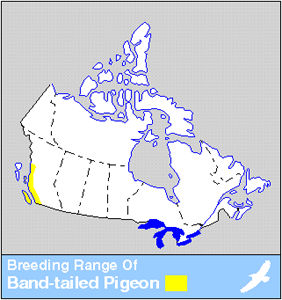 The pigeon (Columbidae) is a large family (303 species) of birds, many of which are called doves, distributed throughout temperate and tropical areas worldwide.

Species vary from sparrow size to that of a female turkey. Many are plainly attired but some Old World tropical species are strikingly coloured in green, red, orange or purple. All are characterized by a plump body with short neck, small head and short, slender bill with a fleshy, naked area at its base. All drink by immersing the bill and sucking up water. Vocalizations are mostly cooing sounds.

Eight species are known in Canada, 4 of which breed here. The mourning dove (Zenaida macroura) inhabits both open woods and groves and farmland transcontinentally, extending to northern Manitoba and Saskatchewan, but it is restricted to the extreme southernmost parts on both coasts. Band-tailed pigeon (Columba fasciata) prefers open woods, edges and openings in southwestern BC. Wild populations of rock dove (C. livia), a widely domesticated Eurasian species, are common in cities, towns and farmland across Canada. The passenger pigeon (Ectopistes migratorius) is now extinct. All but rock dove are migratory, however, some mourning doves winter in southern Canada.