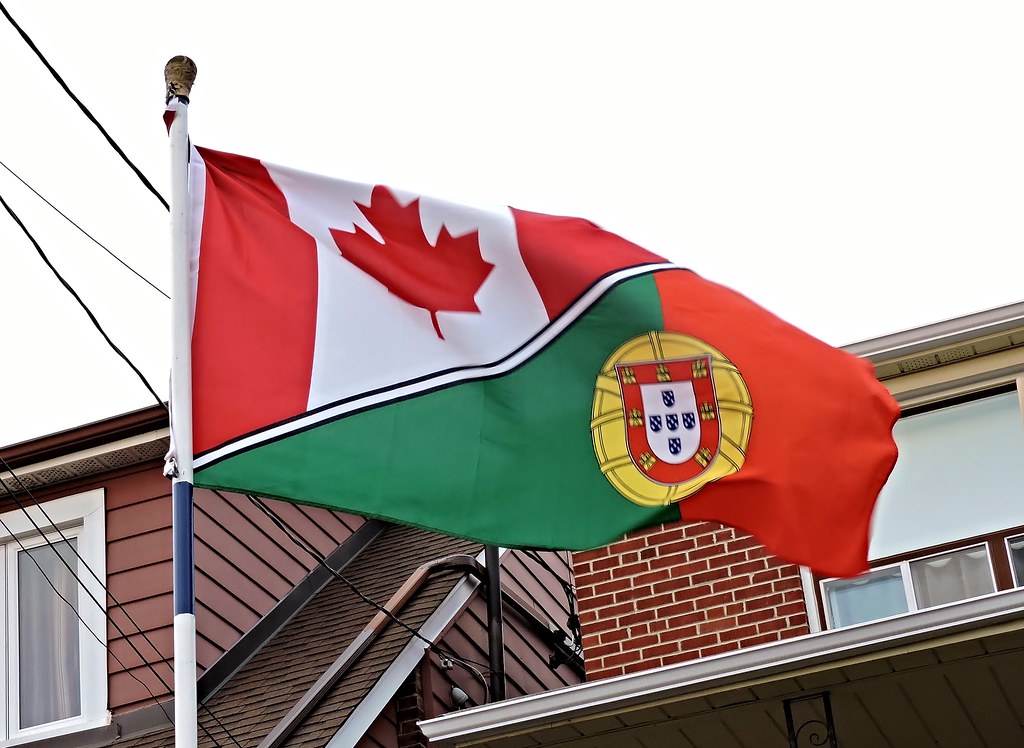 Photo courtesy of Will S./Flickr.

In the mid to late 15th century, it is believed that Diogo de Teive (1452), João Vaz Corte-Real (1470), Joao Fernandes and Pedro de Barcelos (1493) touched on the eastern coast of Canada, and conclusive evidence exists about explorations by Miguel and Gaspar Corte-Real, who were lost in Newfoundland waters in 1501 and 1502 respectively. Numerous place names attest to the fact that Portuguese subsequently fished for cod on the Grand Banks. Labrador, likely from the Portuguese lavrador ("small landowner or farmer") indicates that the Portuguese knew of this territory. During five centuries of intermittent contact, however, only a handful of Portuguese fishermen settled on the Atlantic coast. The Portuguese in New France were descended from a few families founded by immigrants who arrived in 1668 and later.

Over the years, Portuguese have immigrated to Canada for the same reasons as many other population groups, including economic opportunity, underemployment in their countries of origin and a desire to escape political oppression (see Immigration in Canada.)

For the first generation of Portuguese, community cultural life was largely bound up with popular forms of entertainments, such as soccer matches, dances, picnics and music. Recreational activities were sponsored by clubs with Portuguese regional affiliations, or with parish congregations or Portuguese political parties. Today, Portuguese formal culture and language is taught in after-hours schools and in various schools and universities across Canada where numbers permit.

Many of the first generation prefer to attend social activities in Portuguese, but this was not always true for their Canadian-educated children. Economic advances followed urbanization. Most of the labourers first worked in Canada as farmhands or railway labourers. When they moved to the cities, they sought out janitorial, construction and factory work. Women were employed as cleaners or as textile or food-processing workers. During the 1960s, increasing numbers of families opened variety and clothing stores, fish shops, bakeries and restaurants. The minority with secondary education often became realtors, travel agents, or driving-school instructors, or provided other services for the community members. By the 1970s a second Canadian-trained generation included high-school teachers, lawyers, social workers, engineers and civil servants. Many more entered semiskilled and skilled trades.

Traditionally, most Portuguese were Roman Catholic (see Catholicism), but some converted to other Christian denominations; e.g., Pentecostal, Baptist, Jehovah's Witness and Seventh-day Adventist.

The first generation of Portuguese were concerned with maintaining their Portuguesismo, "Portugueseness" - but regional loyalties to the Portuguese area of origin have been equally compelling. At the local level emphasis on individual and family economic advances, heightened by class distinctions based on education and ways of life, have, at times, served as barriers to community-wide co-operation. Several Portuguese newspapers have been published in Toronto, Montreal, Winnipeg and Vancouver.