The Quill Lakes are what remain of a large glacial lake. This glacial lake formed with the retreat of the continental ice sheet more than 10,000 years ago. The lakes are a hydrologically closed system, fed by numerous small streams, creeks and lakes with no outflow of water. They are shallow and salty. The Quill Lakes are saline due to high evaporation levels that leave the water concentrated in dissolved salts and minerals. Big Quill is Canada's largest saline lake and Little Quill is the third largest (Old Wives Lake, also in Saskatchewan, is the second largest at 296 km2).

Salt flats, a noticeable feature of the shoreline, restrict vegetation in the area to the hardiest shrubs. However, the salt flats are a mecca for waterfowl, shorebirds and other migratory birds. These birds use the lakes as a staging area in the spring and fall. The Quill Lakes’ importance as a wetland network has been well-recognized. In 1987, the Quill Lakes were designated as a Ramsar site (a wetland of international importance), in 1988 a site under the North American Waterfowl Management Plan, and in 1994 a site of the Western Hemisphere Shorebird Reserve.

The Quill Lakes are named for the many feathers (quills) shed by the migrating birds (particularly geese) that stop along the lakes’ shores. The nearby village of Quill Lake (est. 1904) is on the Canadian National line. An interpretive centre is located in Wynyard. An extraction plant creates potassium sulphate from the water of Big Quill Lake for agricultural and industrial uses. 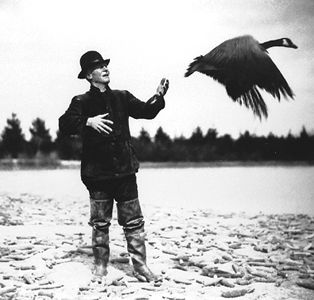