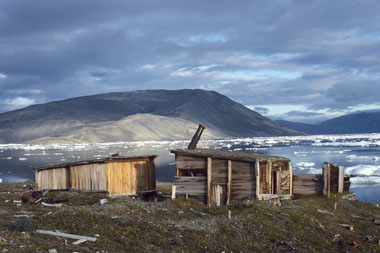 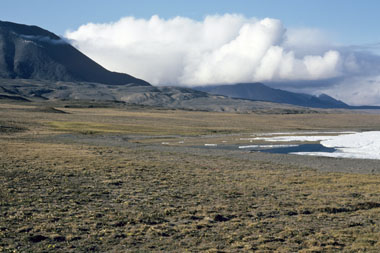 A land of ice and rock, the terrain is dominated by hundreds of glaciers. Barbeau Peak (2616 m), the highest mountain in eastern North America, towers over vast ice fields. The long, bitterly cold winters, brief, cool summers and low precipitation have created polar desert conditions throughout much of the park, with little vegetation or wildlife. However, lowland areas, such as the one surrounding Lake Hazen, the most northerly lake in Canada and the largest lake north of the Arctic Circle, are relatively lush.

In these thermal oases, arctic hares often congregate in groups of hundreds. Small herds of muskoxen and Peary caribou, a few wolves, numerous arctic foxes and about 30 species of birds thrive in meadows of lush grasses and bright arctic flowers.

Hundreds of archaeological sites in the area tell of ancient Inuit peoples who passed this way 4000 years ago. The remains of Fort Conger, a scientific research base established in 1881, give the site historic significance. Wooden shacks built by the Arctic explorer Robert Peary of North Pole fame still stand on the site.

Quttinirpaaq is one of the least visited parks in the national park system. Hiking and sea kayaking are the most popular ways to experience this dramatic northern landscape.