When Norman Leach arrived for a meeting in Calgary one morning in September 2018, he had a checklist of items to be verified and lessons to deliver. An expert on Canada’s military history, Leach specializes in war conditions “on the ground” — what life was really like for troops in battle.

That knowledge was to be put to the test in the filming of a Heritage Minute focused on the Second World War efforts of Canadian soldiers on 6 June 1944. D-Day, as it was known, was the biggest military invasion in history — 359 Canadian lives were lost — and the beginning of the end of the war.

Leach began by checking some army uniforms hanging neatly on a rack in one corner of a makeshift office. After verifying their authenticity, he did the same with the (unloaded) weaponry. Then, he assembled the cast — a group of mostly teenage extras and the star, 47-year-old veteran actor Michael Shanks — to demonstrate how to carry and aim their rifles. It was not yet 9 a.m. on an unseasonably cold, blustery day just getting under way.

The preparations for the D-Day Minute feature the same elements we try to bring to all such productions: a keen eye for a story that reflects the importance of an event; a tale that packs emotional punch; and, in telling it, a near-obsession with authenticity.

We wanted a story that would reflect a quiet heroism — a person or people whose story isn’t well known, and who thus is representative of the 14,000 Canadians who, mostly without fuss or acclaim, risked their lives landing on the beaches of Normandy. A network of historians and other contacts provided input while the team pored through books and old magazines and consulted the voluminous Canadian Encyclopedia looking for the right choice. We also looked to the excellent Juno Beach Centre, which maintains an enormous archive of material related to Canada’s efforts on D-Day.

The Minute centres on Archie MacNaughton, a 47-year-old  First World War veteran from New Brunswick who re-enlisted when the Second World War began. As a major, he led a group composed largely of teenagers, most of whom had never set foot outside the province until they enlisted. Using letters to and from our protagonist and his family, interviews with veterans and their descendants, and a variety of photographs and other background material, the script shows how he watched over them, leading them selflessly into what was, literally, the fog of war.

Small details that, taken together, have a big impact on whether the final result seems realistic. In many movies, the middle-aged hero is played by someone younger — and the supposed teenagers are played by actors a decade older. Michael Shanks was the same age as the character he plays — and the actors playing the teenage soldiers look very much that age. That difference is crucial to understanding the emotional relationship between them.

Norman Leach ensured that as the actor/soldiers patrolled, they swiveled their heads slowly in measured, different directions — as a real patrol would have done. Another piece of advice: “Never walk directly behind each other. Soldiers always spread out so one bullet couldn’t get all of them.” Unlike the submachine-gun toting officers in many movies, our major carries a pistol — true to the real man. 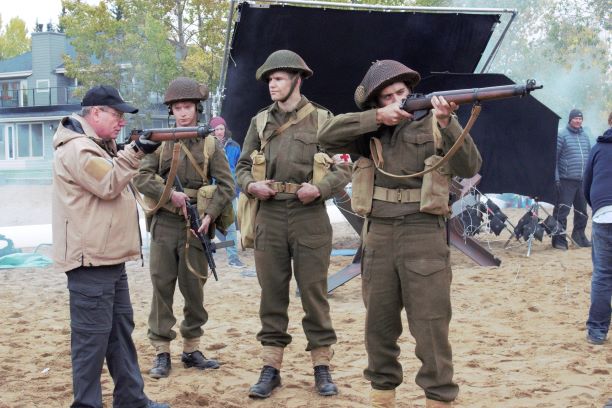 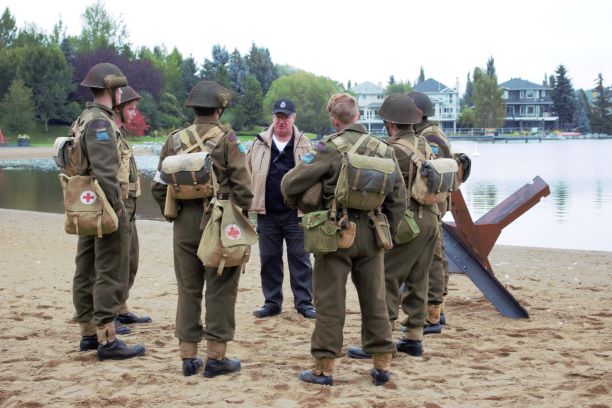 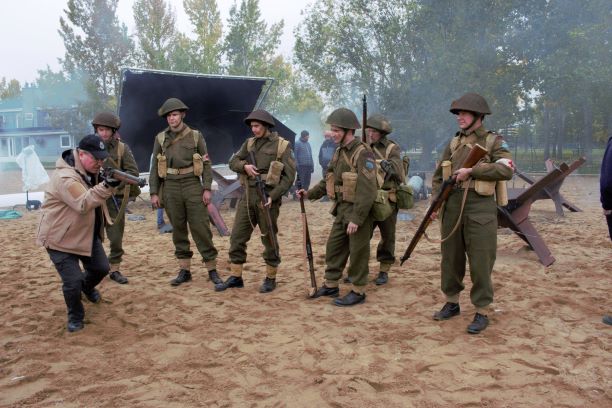 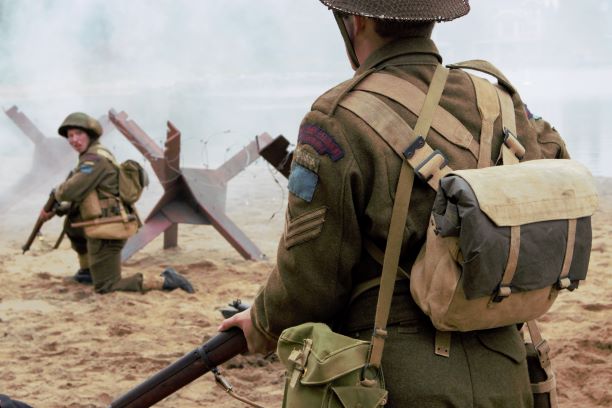 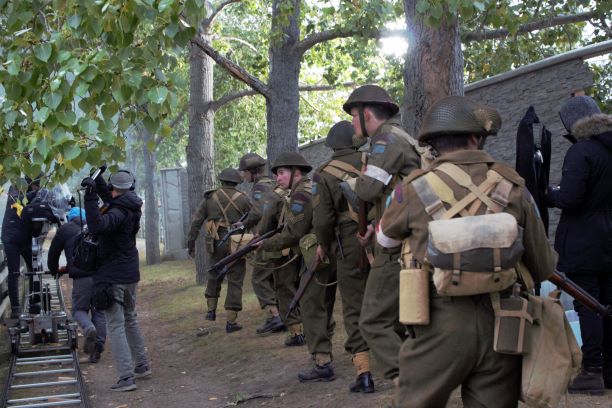 We shot over two days at Alberta locations — Calgary’s Heritage Park, and a lake about 20 minutes from the city. They look very little like the final images. Through computer graphic imaging, and some impressive set design, the final Minute quite faithfully matches photographs and newsreels of the day. There are anti-aircraft dirigibles, Spitfires buzzing overhead and smoke billowing from the beach. Peter Mansbridge, who does the end voiceover, has his own reasons for emotional engagement: his father was a Royal Air Force veteran of the war.

The dialogue in all our Minutes is drawn whenever possible from words the characters are on record as having said or written. For this Minute, we used family letters to set the tone of the love and concern among members.

The enduring appeal of the Minutes is, to my mind, due to several factors. Canadians, despite our reputation for self-deprecation, are deeply patriotic; young Canadians more openly so than previous generations. The Minutes provide an outlet for that. Moreover, the Minutes focus on people — how they lived; what they feared, loved and loathed. Viewers thus often find themselves reflecting not on how different life was in the past, but rather on how people then were not unlike us in their reactions to events.

For the D-Day Minute, we took note that the several hundred living Canadian veterans of that battle are now well into their 90s. We don’t know how much longer we will have them with us. This story of a small group of men is a reminder that events of that era still resonate in intimate, personal ways for many people. The lucky ones went home to families or started new ones. Some who came back were irrevocably changed. Those who never returned left widows and fatherless children whose lives were forever altered. The sacrifices of those people, and the courage underlying them, transcend the passage of time. With this story, please take a minute to remember them. 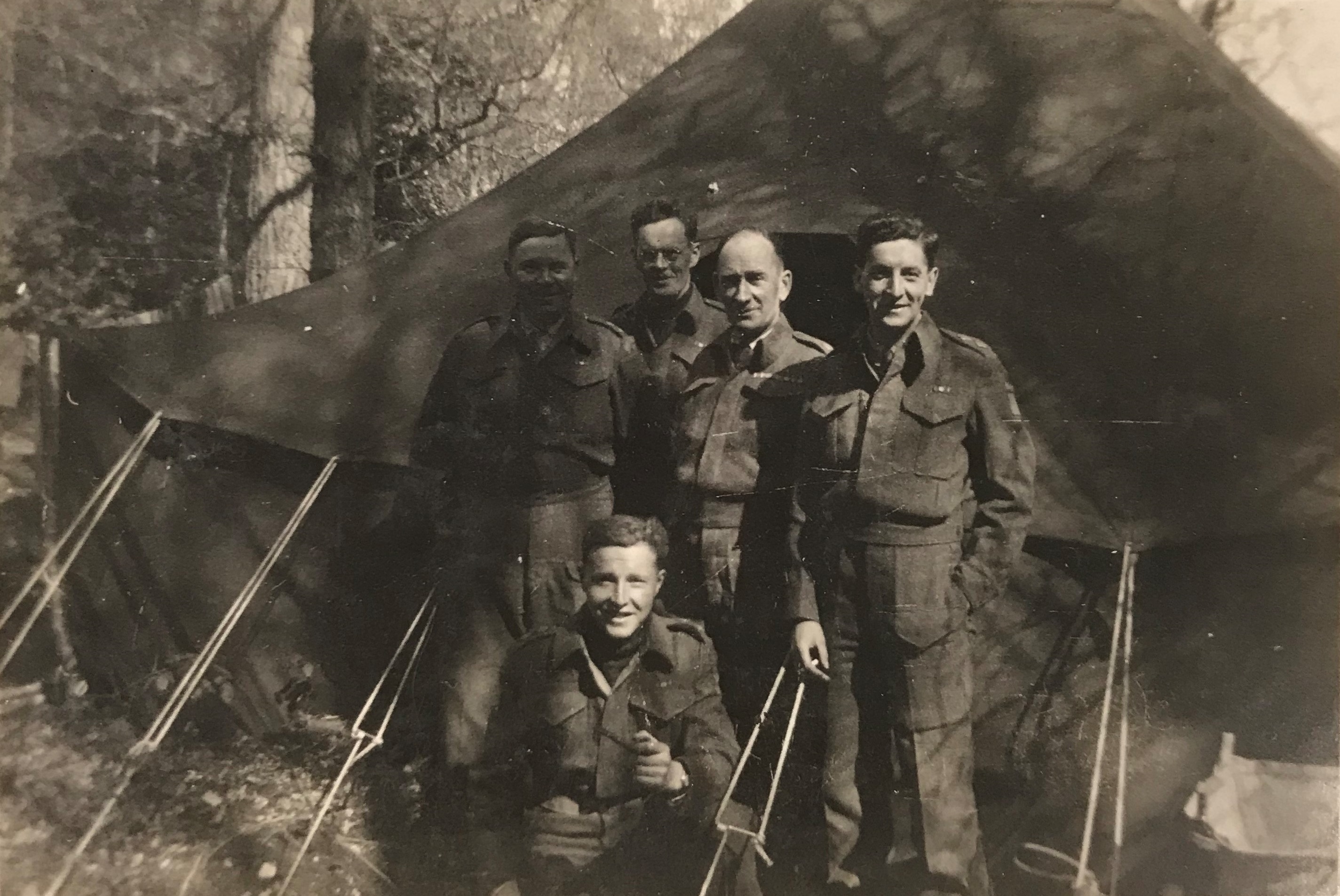 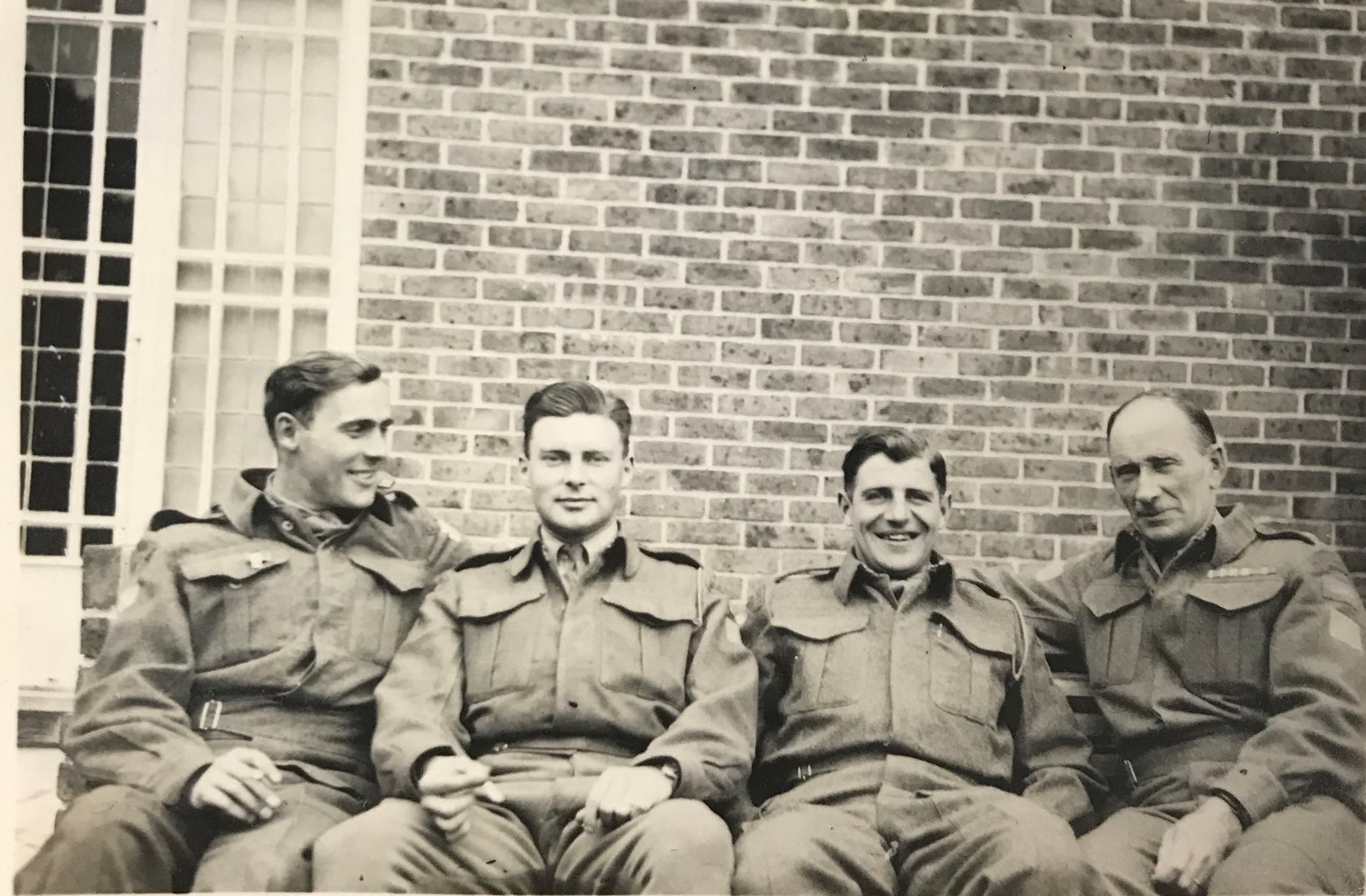 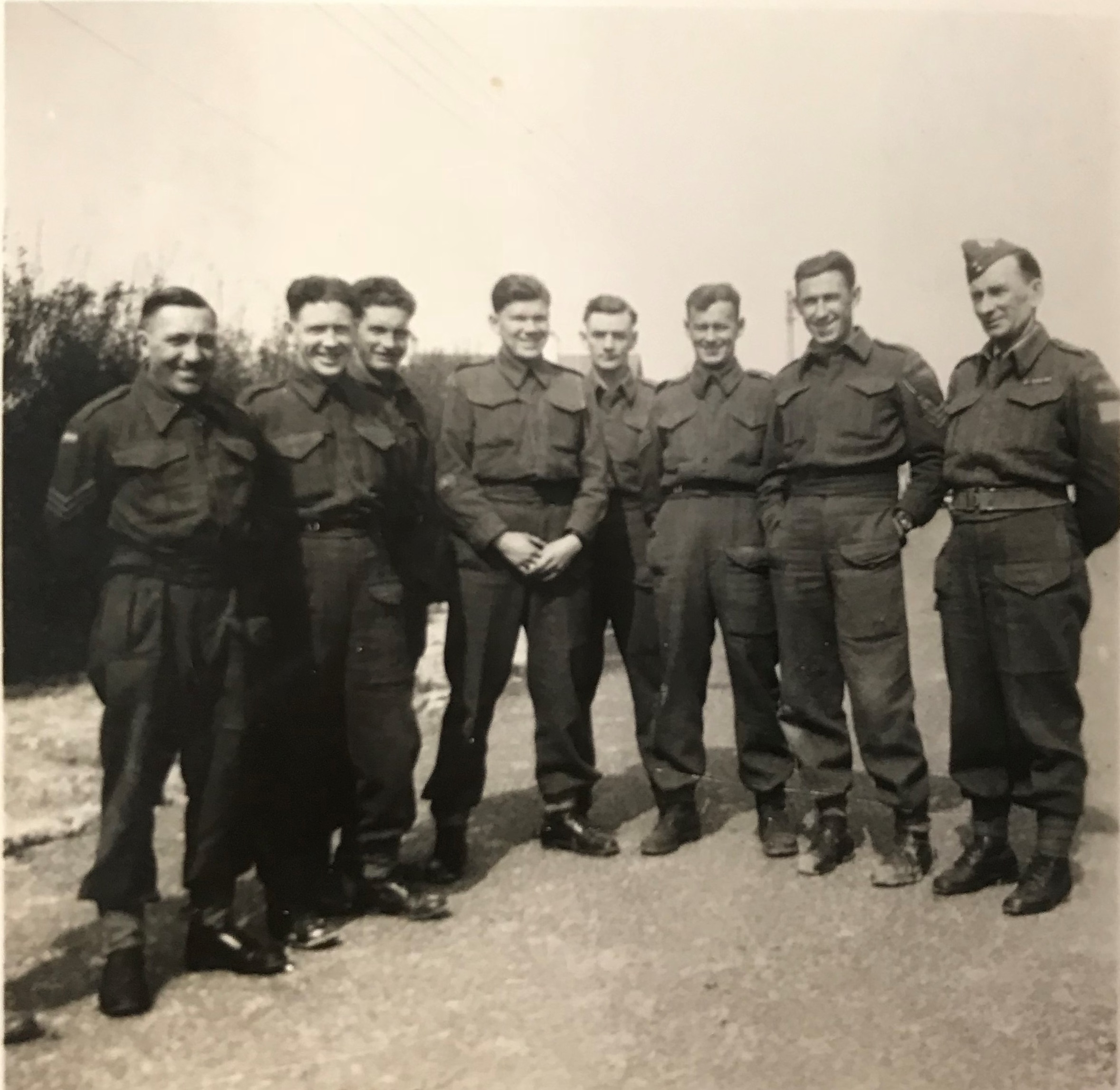 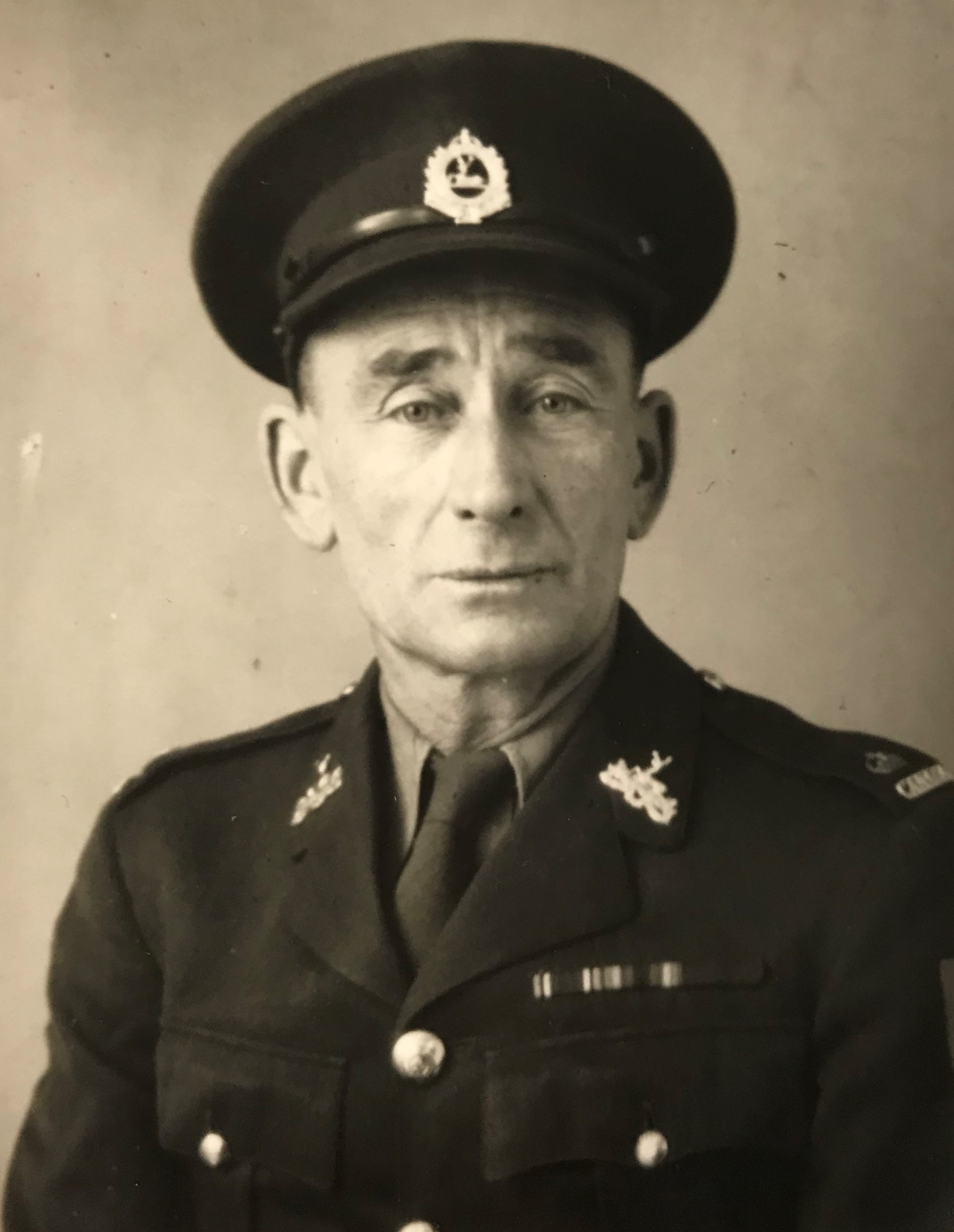