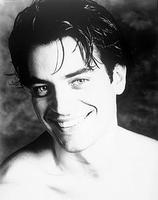 Rex Howard Harrington, ballet dancer (born at Peterborough, Ont 30 Oct 1962). During a 21-year career with the National Ballet of Canada (NBC) and as a frequent international guest artist, Rex Harrington established himself as one of the leading Canadian ballet artists of his generation. His stage charisma, sense of fun and willingness to entertain made him a great audience favourite. Harrington's good looks, well-rounded technique, outstanding partnering skills and compelling dramatic abilities lent themselves well to all the leading classical roles. He was particularly admired for his passionate interpretations of Albrecht, the philandering young nobleman in the Romantic classic Giselle, Romeo in Romeo and Juliet, the Prince in Swan Lake, Danilo in The Merry Widow and, above all, as the title character in John Cranko's Onegin. Harrington was equally adept at interpreting contemporary choreography and originated roles in many new works by such leading choreographers as Glen Tetley and James Kudelka. His 1986 creation of the role of Lewis Carroll in Tetley's Alice is preserved in a 1989 television production for CBC, as is the personal imprint he stamped on another created role, the central character in Kudelka's The Four Seasons (1997). In 2001 Harrington won a Gemini Award for the television version.

At 14, Rex Harrington studied ballet briefly with Kay Armstrong in Vancouver before beginning to train at the National Ballet School of Canada in Toronto in 1977. He joined the National Ballet of Canada (NBC) in 1983. He was promoted to second soloist in 1985, first soloist in 1987 and to principal rank in 1988. During his long career he partnered most of NBC's leading ballerinas, but enjoyed a particularly successful partnership with Karen Kain and outside the company with the Royal Winnipeg Ballet's Evelyn Hart in St Petersburg, throughout Japan and in many Canadian cities. Among other internationally celebrated ballerinas partnered by Harrington are Carla Fracci, Alessandra Ferri and Ekaterina Maximo.

Harrington made his musical theatre debut in Toronto 2002 in the pantomime Robin Hood. Since leaving the National Ballet in 2004, he has made occasional guest appearances as a dancer while also exploring a variety of other performing opportunities and writing his autobiography. The Life and Times of Rex Harrington: Last Dance was broadcast on CBC in 2005 and he was seen in the TV series "This is Wonderland" and "Queer as Folk." He also appeared in prime-time television shows such as Tosca Café (2011), Top Chef Canada and King (2012), and was a frequent judge on So You Think You Can Dance Canada (2009-11).

In 2006 he became artist-in-residence at the National Ballet of Canada.

Rex Harrington was appointed an officer of the Order of Canada in February 2000. In 2006 he was awarded an honorary doctorate by York University and elected a fellow of the Royal Society of Canada.