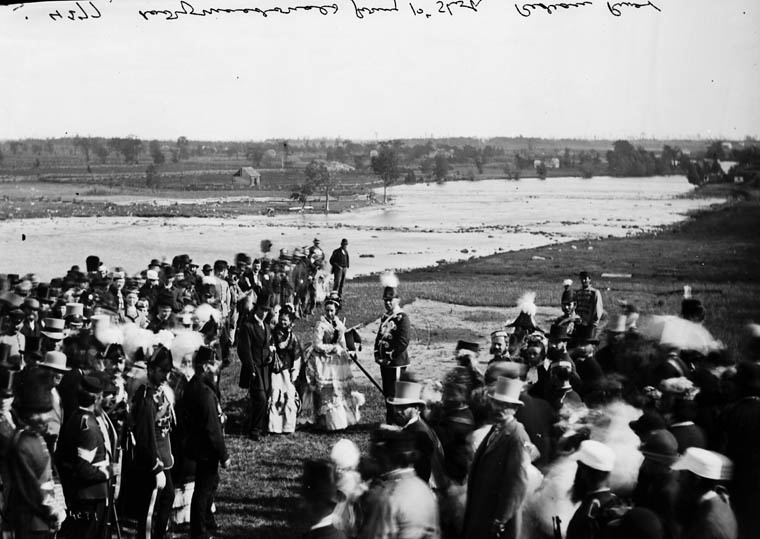 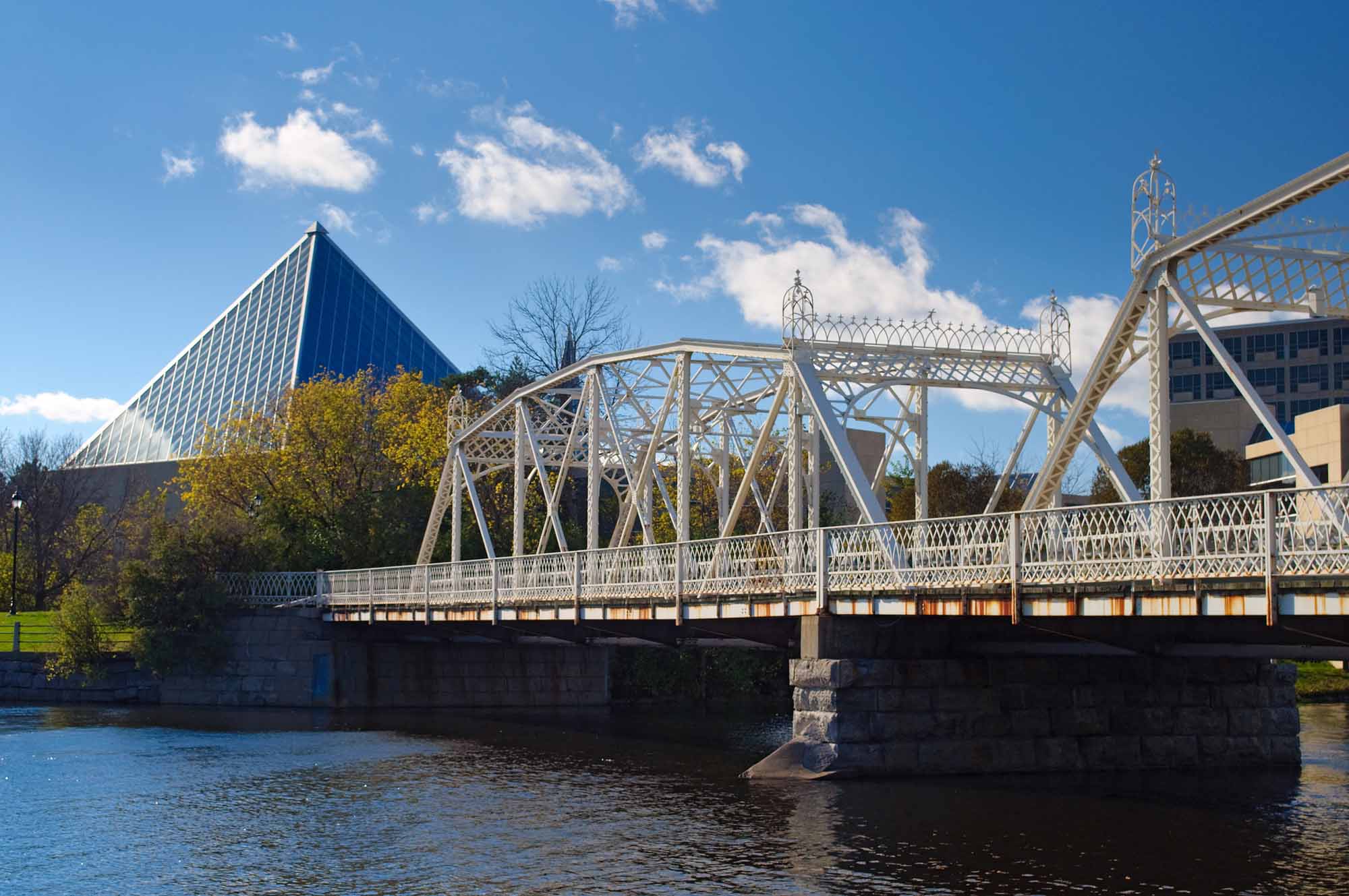 The Minto Bridges are a series of three white metal bridges over the Rideau river near its mouth. Photo taken on: October 20th, 2013
PreviousNext

The Rideau River flows 100 km northwards from the Rideau Lakes in eastern Ontario to the Ottawa River at Ottawa. The river traverses flat agricultural lands underlain by limestone, which was once an ancient seabed. The soils are rich, and the land gently rolling. The river spills into the Ottawa River over a dramatic limestone ledge in a wall of white spray, inspiring explorer Samuel de Champlain, the first European to see it, to name it rideau, meaning "curtain" in French.

The Rideau River was used as a transportation route between the Ottawa and St Lawrence rivers. The fertile lands along its banks attracted Loyalist settlers looking for good farmland, and settlements grew in Merrickville and Burritts Rapids before the turn of the 18th century. After the War of 1812, the vulnerability of the St Lawrence River to attack by the Americans made the search for an alternate transportation route linking Kingston - the naval stronghold for Upper Canada - and Montréal, in Lower Canada, a priority. The Rideau was the obvious choice and the waterway was designed and built by Lieutenant-Colonel John By.

The Rideau Canal links the Rideau River by a series of canals and dams to the south-flowing Cataraqui River. Thirty locks raise boats from the Ottawa River to Upper Rideau Lake, the highest point on the waterway; 14 locks lower boats to Lake Ontario. Except for a 10-km section of free-flowing river in the city of Ottawa, the Rideau is integrated into the Rideau Canal. Also part of the waterway are 2 locks linking the Rideau, via the Tay Canal, with the historic town of Perth.

It is hard to imagine what the river was like before the construction of the waterway. The locks and dams have slowed the river, drowning rapids to create long narrow lakes and vast wetlands. Many of the lakes were once swamps. Despite - and in some cases because of - the changes, the waterway is still a vibrant aquatic ecosystem. However, the ecosystem is fragile and it is beginning to show its age. The work of Lieutenant-Colonel By has accelerated the natural aging process by clogging up the natural flow of water. Cottagers and permanent residents have built retaining walls and cleared away shoreline vegetation to make beaches and expansive lawns. This has decreased the ability of the Rideau to absorb nutrients and pollutants. At the same time, increasing use of pesticides, herbicides and fertilizers, along with a growing population and heavier boat traffic, have all contributed to rampant aquatic weed growth. Steps are being taken to reverse this trend. In 2000 the entire Rideau Canal was designated part of the Canadian Heritage River System.