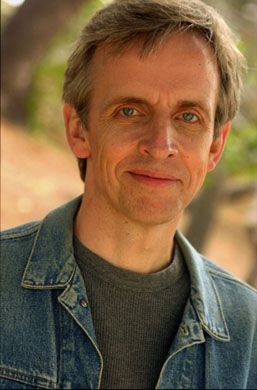 Robert Joy, a brilliant student, almost gave up the stage for a career in academia (photo by Lorenzo Hodges, courtesy of Robert Joy). 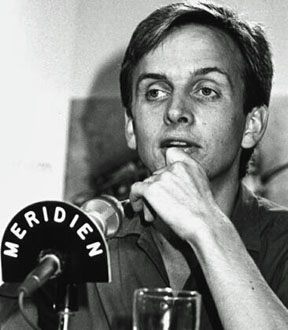 Robert James Joy, actor, musician (b at Montréal 17 Aug 1951). Robert Joy, a Newfoundland-raised actor, almost gave up the stage for a career in academia. A brilliant student, he studied theatre and academic subjects, first at the Memorial University of Newfoundland and then at the University of Toronto. He toured Newfoundland and Labrador with the Newfoundland Travelling Theatre Company, performing with Andy JONES, Cathy JONES, Mary WALSH and others in an English farce and a children's show.

While at the University of Toronto in 1972 Robert Joy won the prestigious Rhodes scholarship and attended Oxford University to study English literature. His love of performing proved too strong, however, and before he completed his degree, and over the objections of his parents, he joined Cathy Jones, Mary Walsh, Greg Malone and Tommy Sexton, who were already members of the CODCO comedy troupe. In 1977 the troupe disbanded and Joy co-wrote and performed The Bard of Prescott Street for the Mummers Troupe. He then played Peter Van Daan in The Diary of Anne Frank at Toronto's Young People's Theatre. The play was a success and, after working back in Newfoundland on the feature film The Adventure of Faustus Bidgood in 1978, Joy returned to New York City for the play's remount.

His impressive list of New York successes includes The Nerd and Hay Fever. In films, Robert Joy had supporting roles in the Oscar-nominated Atlantic City (1980) alongside Burt Lancaster and Susan Sarandon, receiving a GENIE AWARD nomination for best supporting actor as a sleazy dope dealer on the run from the mob; in Ralph Thomas's award-winning Ticket to Heaven (1981) as a loony Moonie; in Milos Forman's Ragtime (1981) as the insane murderer Harry Thaw, who, in 1906, shot the architect Stanford White (played by Norman Mailer); and in the cult hit Desperately Seeking Susan (1985), Madonna's first film.